ESPO's "A Love Letter For You" now on iTunes 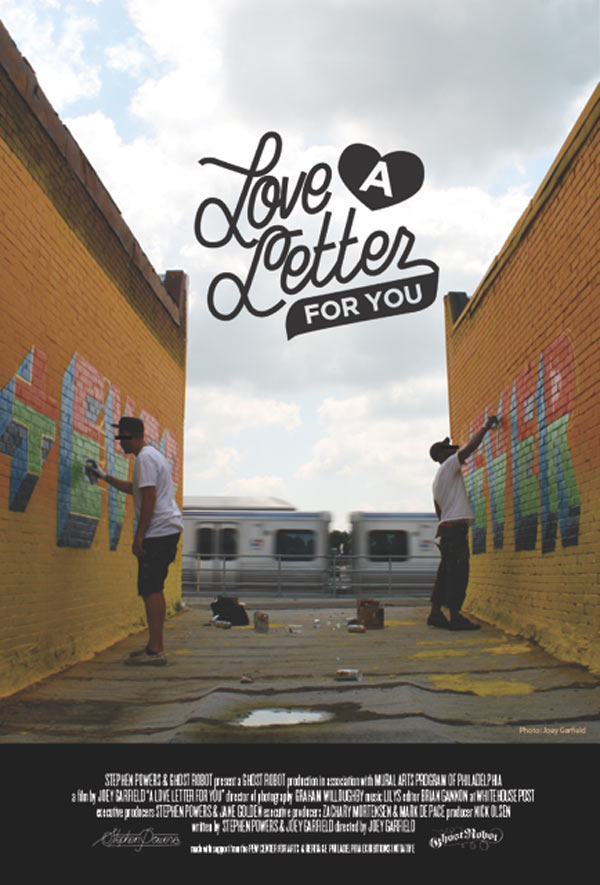 May 2012 cover artist, Steve "ESPO" Powers (and December 2007 for that matter, as well as in Johannesburg with Jux at the moment) just had his film, A Love Letter For You, released on iTunes. Directed by Juxtapoz contributing editor, Joey Garfield, the film is a narrative based around Powers as he returns to his hometown of Philadelphia to paint on 50 rooftops along the market train line. The film also works with a fictional narrative about a young writer fresh out of prison on a quest to win back the love and attention of his ex-girlfriend.