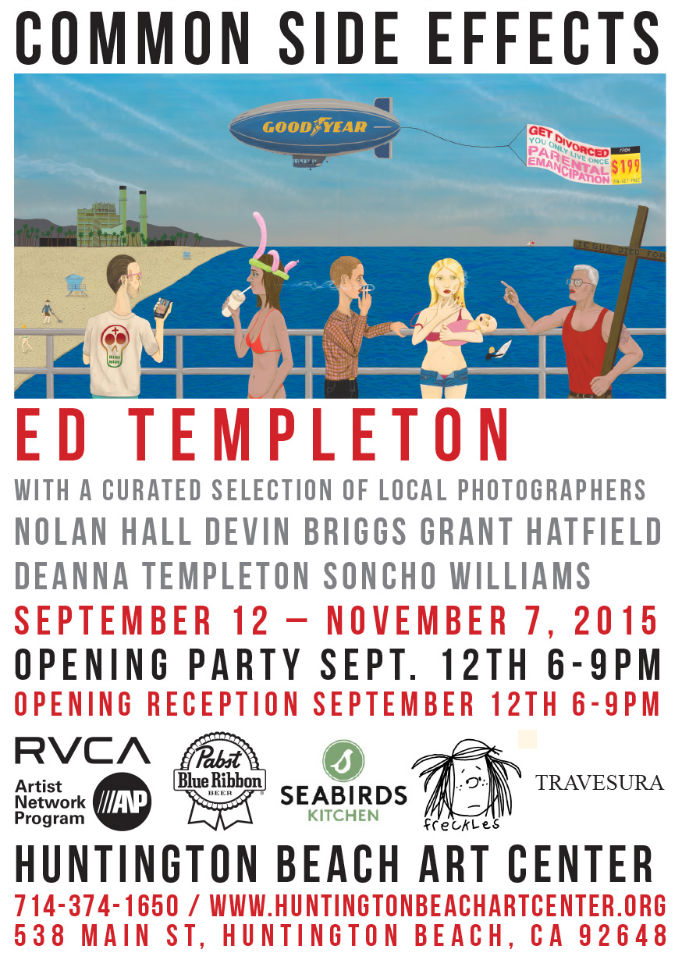 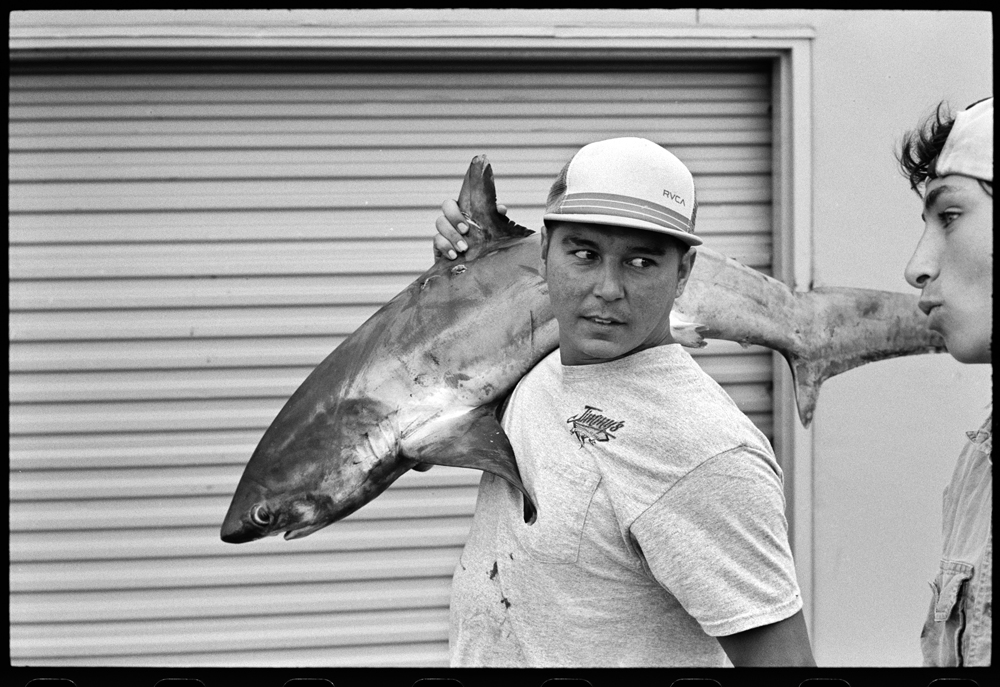 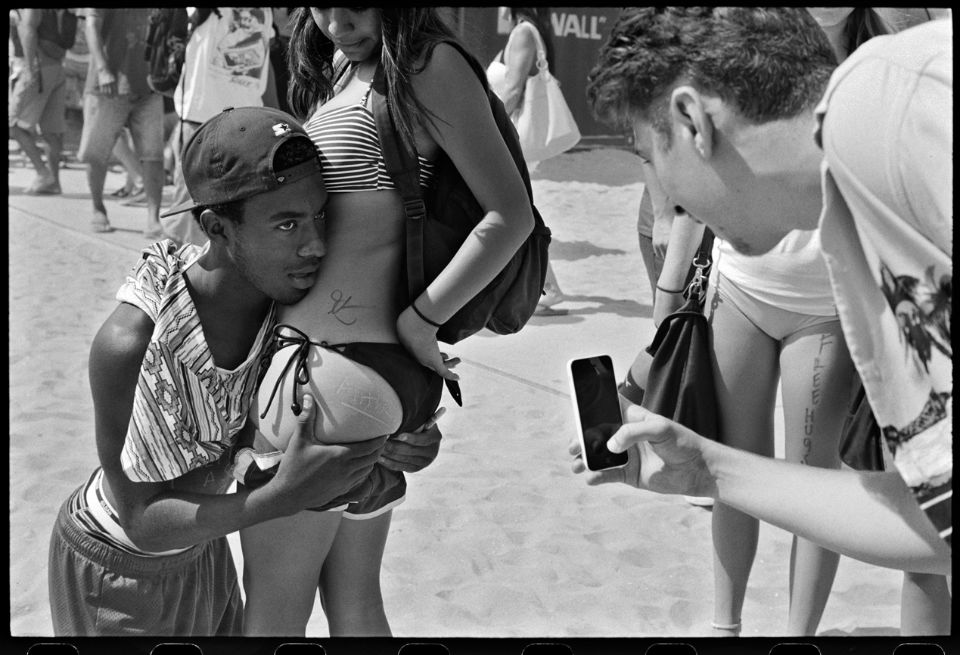 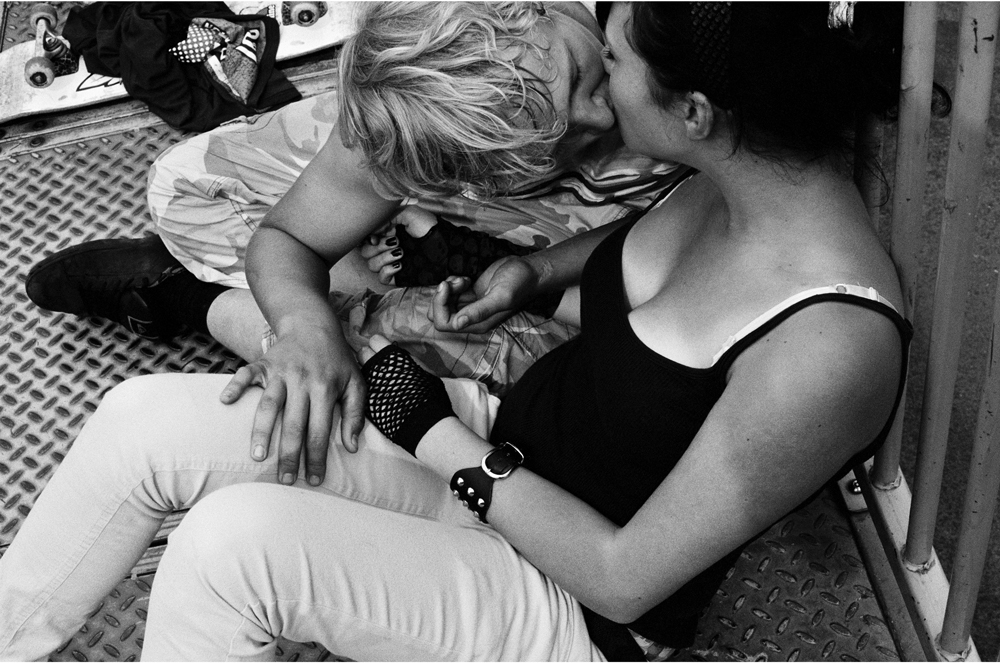 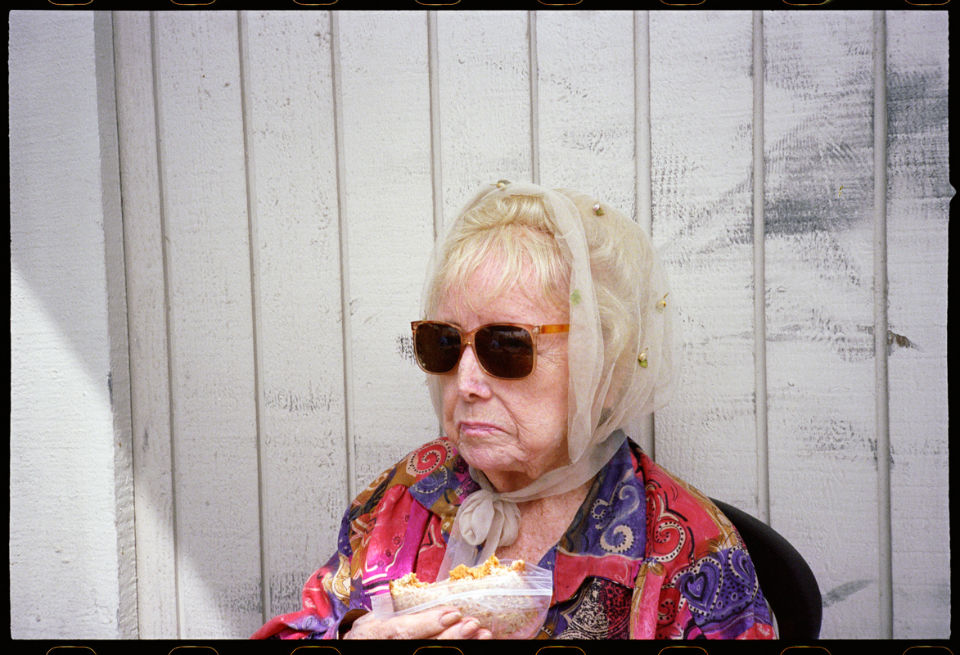 Skateboarding icon, painter, photographer, drawer, people-watcher, beautiful loser, #dailyhbpierphoto-er, and all around talented person, Ed Templeton, will be opening Common Side Effects, a survey of old work along with new paintings and drawings directly inspired from this immersion into his coastal suburban environment. Common Side Effects extends Templeton’s diaristic observances into a compelling visual analysis of the concrete experiences, perceptions, and idiosyncrasies of this hyper-local existence.

Skateboarding icon, painter, photographer, drawer, people-watcher, beautiful loser, #dailyhbpierphoto-er, and all around talented person, Ed Templeton, will be opening Common Side Effects, a survey of old work along with new paintings and drawings directly inspired from this immersion into his coastal suburban environment. Common Side Effects extends Templeton’s diaristic observances into a compelling visual analysis of the concrete experiences, perceptions, and idiosyncrasies of this hyper-local existence.

“I'm obsessed with people watching, and of course the whole circus of humanity down at the beach and on the pier is an amazing place for that. The bikini girls, the old men in rascal scooters, the drifters and local denizens.”


Common Side Effects: 5 Local Photographers
In addition to his own work, Templeton has chosen 5 local photographers in whose work the city of Huntington Beach and the people who gravitate there are prominent features, to be displayed in the space. "In their photography there’s a subtle social commentary and a steadfast dedication to the documentary style with its unflinching “taking the rough with the smooth” approach - we see the dirt and cobwebs collecting in the corners of this suburban paradise while we are simultaneously beholding the beauty. All of these photographers (myself included) have a connection to the surfing and skateboarding communities that are endemic to Huntington Beach and southern California. Through their photographs one can see a portrait of a time and place emerge that will be a lasting time capsule to this particular era of “beach culture” we live in."


Nolan Hall is the team manager for the Vans surf team, a job that has him traveling around the world with an amazing cast of people. His photographs are pulled from his journeys documenting the places and cultures he visits and the extraordinary people he’s surrounded by. His work has been featured in numerous publications worldwide. He is represented by Paul Loya gallery, Los Angeles. Follow Nolan on Instagram.


Devin Briggs is a videographer for Captain Fin and a social media manager for Vans Surf who was born and raised in Huntington Beach. Informed by his lifelong participation in the skateboard, surfing and graffiti scenes of southern California Devin’s photography exposes the absurdities of life in HB with poignant visual observations. His work has been exhibited at galleries in the US and Australia and has been featured in numerous magazines and zines. Follow Devin on Instagram.


Deanna Templeton is a photographer born and raised in Huntington Beach who spent her teenage years filled with angst going to punk shows all over the southland. Her photography is a mixture of candid street scenes and portraits of people she finds a personal visual connection with. Her work has been shown extensively at galleries in the US and Europe, including solo museum exhibitions in Germany and Holland. She has 3 books of her work published, along with numerous zines. She is represented by Fifty One Fine Arts gallery in Belgium. Follow Deanna on Instagram.


Billy “Soncho” Williams was born and raised in Huntington Beach. He has recently returned home from a stint as a bike courier in San Francisco and is now working part time at a clothing store. Billy (Also known as Captain Soncho) has been lurking around HB shooting photos for years. He started shooting in his freshman year of high school and has never stopped. (He is the only one of this group that shoots with a digital camera as well as film.) He shoots his local skate and music scene with enthusiasm. He has been included in gallery exhibitions in California, and has many zines featuring his photography. Follow Captain Soncho on Instagram.


Grant Hatfield is a content contributor to Vans Skate and is a vintage clothing reseller based in Long Beach. For the last 10 years (when he’s not surfing or skating himself) he has been documenting the skateboard subculture and life in southern California with a sharp wit and an eye for the comic moments of daily life here. His work has been shown in galleries in the US and Australia and has been published in numerous zines and magazines. Follow Grant on Instagram.
Find out more online:

All of these photographers have photo zines available through Deadbeat Club Press.