Disruptive Innovation and the Arts 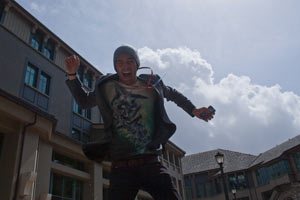 Marcel Duchamp was an O.G. disruptive innovator of art as we know it. At the tail end of March this year, the Haas School of Business at U.C. Berkeley hosted the Economist's Ideas Economy: Innovation conference, generally focused on innovation, but with the more specific theme of disruptive innovation woven through the day's activities. That theme may have a resounding impact in the arts as we go further down the path of the millennia. Disruptive innovation is primarily associated with Harvard Business School professor Clayton Christensen. . . 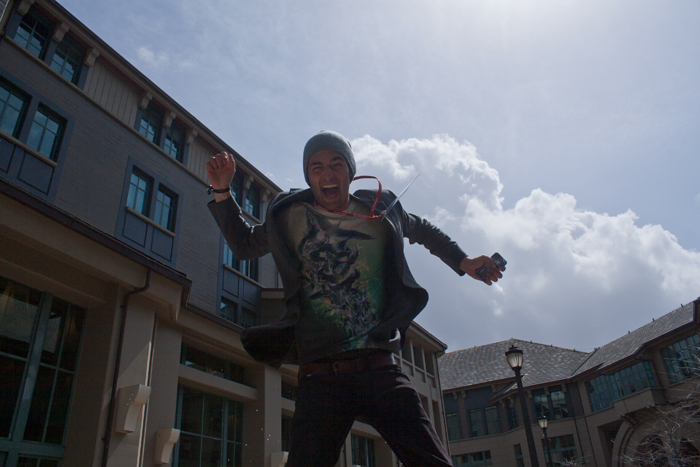 Disruptive Innovation and the Arts

Marcel Duchamp was an O.G. disruptive innovator of art as we know it. At the tail end of March this year, the Haas School of Business at U.C. Berkeley hosted the Economist's Ideas Economy: Innovation conference, generally focused on innovation, but with the more specific theme of disruptive innovation woven through the day's activities. That theme may have a resounding impact in the arts as we go further down the path of the millennia. Disruptive innovation is primarily associated with Harvard Business School professor Clayton Christensen. To understand the trend, it's important first to underdig its counterpart, sustaining innovation. Bear with us for some economics-style explanation: in sustaining innovation, new developments don't create new markets or types of value but just evolve existing products and technology with some improvements, stimulating competition among providers. An example would be telephone companies making advancements in landlines and fixed phones so that they can offer you a cheaper rate to keep a cordless phone with voicemail in your house. Then disruptive innovation comes along and accomplishes tasks similar to those completed in the old way, but does it better, using new means with results that create new markets and value systems. The example here would be cellular telephones. Why be tethered to a phone at your house when you can carry one with you anywhere you go for a competitive cost?

From there, new markets come about because a cell phone's features make it a resource for people that previously couldn't participate in landline technology. Someone living in poverty in the third world can make an investment in a cell phone and use it to communicate with say, family members even if they don't have electricity in their home. The user knows somebody miles and miles away who has electricity or a gas generator willing to let them charge their phone, and because of the advantages of communication provided by the cell phone, they are willing to put in the effort to make the technology work for them. In the first world, a more tangible example would be low-income users of smart phones. This group of technology users doesn't have the money to purchase new laptops, but they can purchase new smart phones that accomplish a lot of the same tasks, so the innovators of smart phone technology disrupt the customer interactions and expectations that computer manufacturers have. If we want to take the application of this idea to the web, consider how Facebook surpassed chat rooms, Friendster, and MySpace.

When the Ideas Economy's moderator, Vijay Vaitheeswaran, was asked what he sees as possible outcomes for disruptive innovation in the art world, although not an expert on the arts, he freestyled that user experience models could come along that would rock the way that works of art are experienced and marketed. Examples would include virtual visits to museums like the Google Art Project, smaller more accessible exhibits, or 3D malleable models of pieces. In the latter, one would encounter an acclaimed work of art in front of them and then be able to shape and add on to it. Another mold would be the mixing of festivals with exhibits, like Vice and Intel's Creators Project or Bring to Light, events that that provide attendees free techno-art interaction in combination with concerts by cutting-edge artists. Taking the possibilities further, imagine flash mobs, trapeze displays like the Great Wall at Oakland's Art Murmer, or internet-based events that collect individuals en masse in a public space for an alternative type of performance. In Vaitheeswaran's words, "there's no reason why the arts should be insulated from the effects of disruptive innovation."

For a case study of current disruption, consider the work of Jason Silva thus far. Silva is all about bringing together science and art, and then bringing it to the people. He wants to be the R. Buckminster Fuller or Timothy Leary of our generation, to ride the radically transformative interactions between art and technology. How is he getting his message out there? He started by getting together with one of his close friends and creating an experimental film about hedonism and spirituality called "Textures of Selfhood." It caught the eye of Current TV as it emerged, and Silva then spent a number of years as one of their founding hosts. Nowadays, Silva generates his own espresso shots of futurist meditations on the co-evolution of humans and technology that he publishes to Vimeo and YouTube. They are non-commercial micro-documentaries, the latest of which was called “stunning” by TED conference owner and curator Chris Anderson. Instead of toiling away as a junior member inside established networks to one day publish or not publish his material, Silva is making his impact by creating his own content, getting it out there himself or through new outlets, and then embracing everyone that comes to him touched by the material and looking for more works like it.

Likewise, lend an eye to Andie Grace's description of the momentum of Burning Man. An annual event that has been growing for a quarter of a century and now stretches to multiple locations worldwide, Burning Man gathers together a temporary city of 50,000 participants at its central location in Nevada to put into practice principles like radical inclusion, gifting, decommodification, radical self-reliance, radical self-expression, communal effort, civic responsibility and immediacy. Those experiencing, creating, and performing the art at Burning Man journey to the middle of the desert, produce and share their performances with one another, then take the whole apparatus apart and disperse to their myriad of lives, only to come back again with a different set of exhibits and experiences the next year. As Grace explains, "today more than ever, people are drawn to radically participatory experience...once you've had it, nothing else will do."

What does this kind of disruption mean for you and your experience with art in the near future? It means that new groups will probably participate. When you have Bobby Hundreds, Jeff Ng, and the team behind HUF curating the creative brains behind modern streetwear, injecting it with cool and a limited quality, it pushes hip-hop, street, and culture-saavy youth towards collecting and viewing art, because of the role art and design have in guiding the brands that give kids self-expression, a sense of identity, and an edge. During the Ideas Economy presentation of Qeyno Labs founder Kalimah Priforce, he explained that poverty amounts to a condition of isolation, and in the world of education, poor kids are isolated from experiences and opportunities that give them a platform to pursue their full potential. In that vein, streetwear and "cool guy" blogs may be the conduits to connect populations like teenagers previously isolated from or unaware of the art world to its events, activities, and commodification. As for venues, spaces like Dolores or McCarren parks on Sundays or summer nights will most likely continue to draw appreciators and performers together for a collision of minds without charge or institutional limits. When it was their turn to speak at the Ideas Economy event, Tribeca Film Festival co-founder Craig Hatkoff and eighth-generation rabbi and Clal president Irwin Kula took this phenomena to a grander scale, arguing that even heavily established areas like politics may have their rituals and practices open to change. As for financial rituals and practices regarding art, disruption will mean new markets and new ways of monetizing works. These will include reality-altering performances like Sleep No More, or products and installations based on an artist's body of work, like those demonstrated by Krooked and RVCA/ANP, or HUF, Deluxe, and Haroshi's interactive sculpture gallery at the Agenda tradeshow.

What disruptive innovation will mean for the future of the arts is up to us. With each step we take, the innovation of any one artist will not stand still and will not confine itself to a single discipline. Returning to Duchamp in 1917, he and the Dadaists laid the ground, but then Kurt Schwitters and many others took the ripple further and further beyond. In order for the disruption to be progressive and stimulating, it is worthwhile to keep in mind the opinion given by Colleen McCreary from Zynga during her Ideas Economy presentation: highlighting the need to take big risks in order to grow, McCreary said, "failure is a critical component for the exploration of creativity." As for what all of our possibilities will look like as we take our risks, consider Jason Silva's video "Imagination" as a miniature preview: