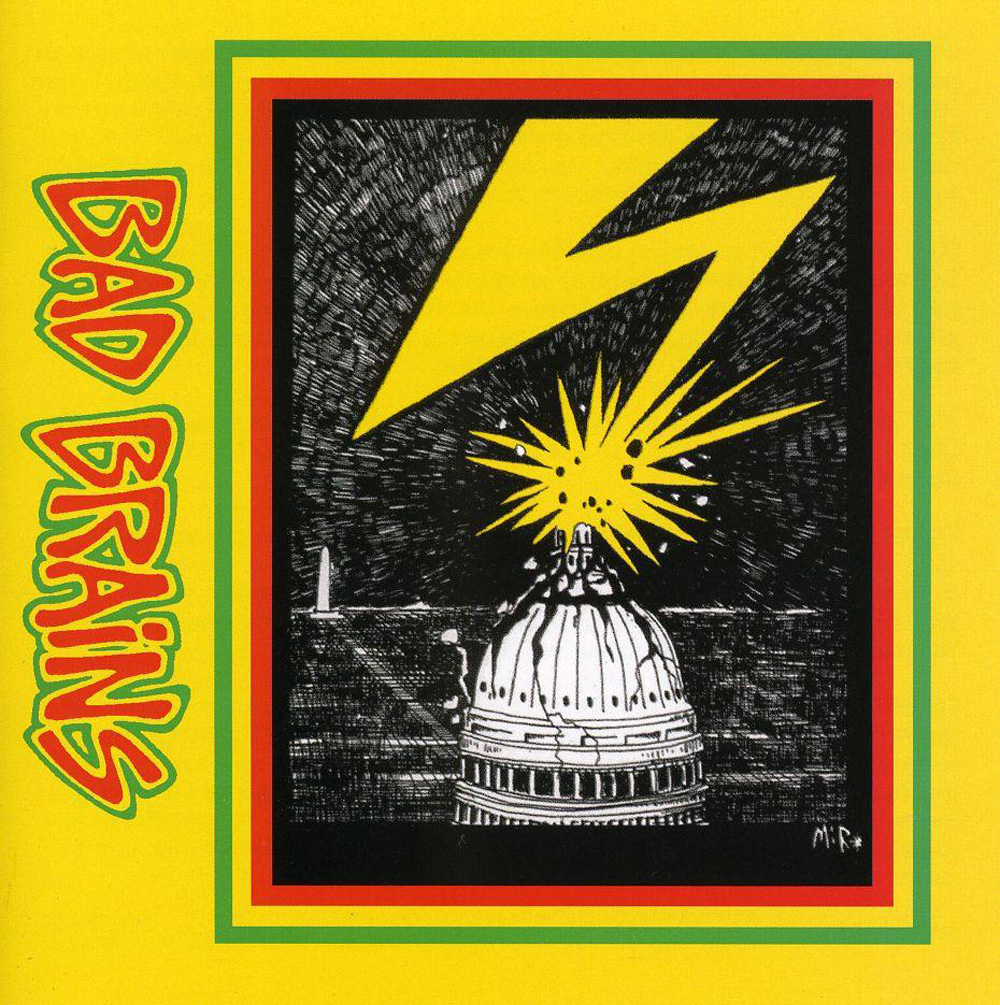 Continuing last week's sound and Vision, this week we're taking a look at one of Minor Threat's inspirations and one of hardcore/punk's seminal artists, Bad Brains. The D.C, and later New York-based group started by making jazz-fusion, but eventually gravitated towards punk rock and reggae. Their aggressive style, as well as their unique positioning as one of the few black punk bands at the time, garnered them substantial attention and attendance. After an unofficial performance ban in D.C in the late 70s, they relocated to New York City, contributing to what was a growing scene there as well.

Their debut album Bad Brains encapsulates the essence of what they imprinted on a generation. Not only because it was raucous, fast, and vulgar, but it seemed to explode out of a city that represents quite the opposite of Bad Brains, especially in the age of Ronald Reagan. The album's cover, created by Donnell Gibson and Jay Jones, features a lightning bolt hitting the nation's capitol building in their distinctly Rastafarian color scheme. It's Bad Brains at their best; bold, subversive, and black.