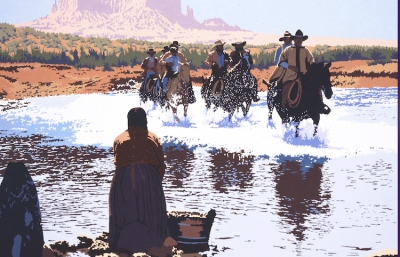 So much of what we reference as great graphic design and graphic art influences stem from the creation of Olympic poster art and logo designs. There is an argument to be made of how much sports and art are intertwined with our public psyche, how we remember the look of the 1984 Los Angeles Olympics or the 1968 looks for the Mexico City games. They are iconic and stand the test of time. Some of the best years in terms of design always come with Olympic games set in Tokyo or greater Japan, the 1964 games being an absolute highlight.

With the delayed 2020 Olympics perhaps moving into 2021 in Tokyo, Poster House in NYC  will present an exhibition of posters related to those 1964 Olympic Games in Japan now scheduled for 2022 after we previously reported that it would be 2021 in our Spring 2021 issue. These are complicated times, schedules change!

Posters for The Tokyo Olympiad showcase a series of bold works, and highlighted by a grouping of designs which announced the Italian release of the film Tokyo Olympiad, one of the great sports documentaries of all time. That 1965 documentary film, directed by Kon Ichikawa (after famed director, Akira Kurosawa declined the project due to his desire for full control over the Opening and Closing ceremonies), has in itself set a standard for its artform, a now-Criterion Collection film—controversial in its own right for not being approved by the Japanese government. The 1960s was a time of major social and political upheaval around the world, much like the massive global crisis we faced in the 2010s. Through these pivotal Games and all the surrounding artwork, we see a parallel worth exploring. —Evan Pricco