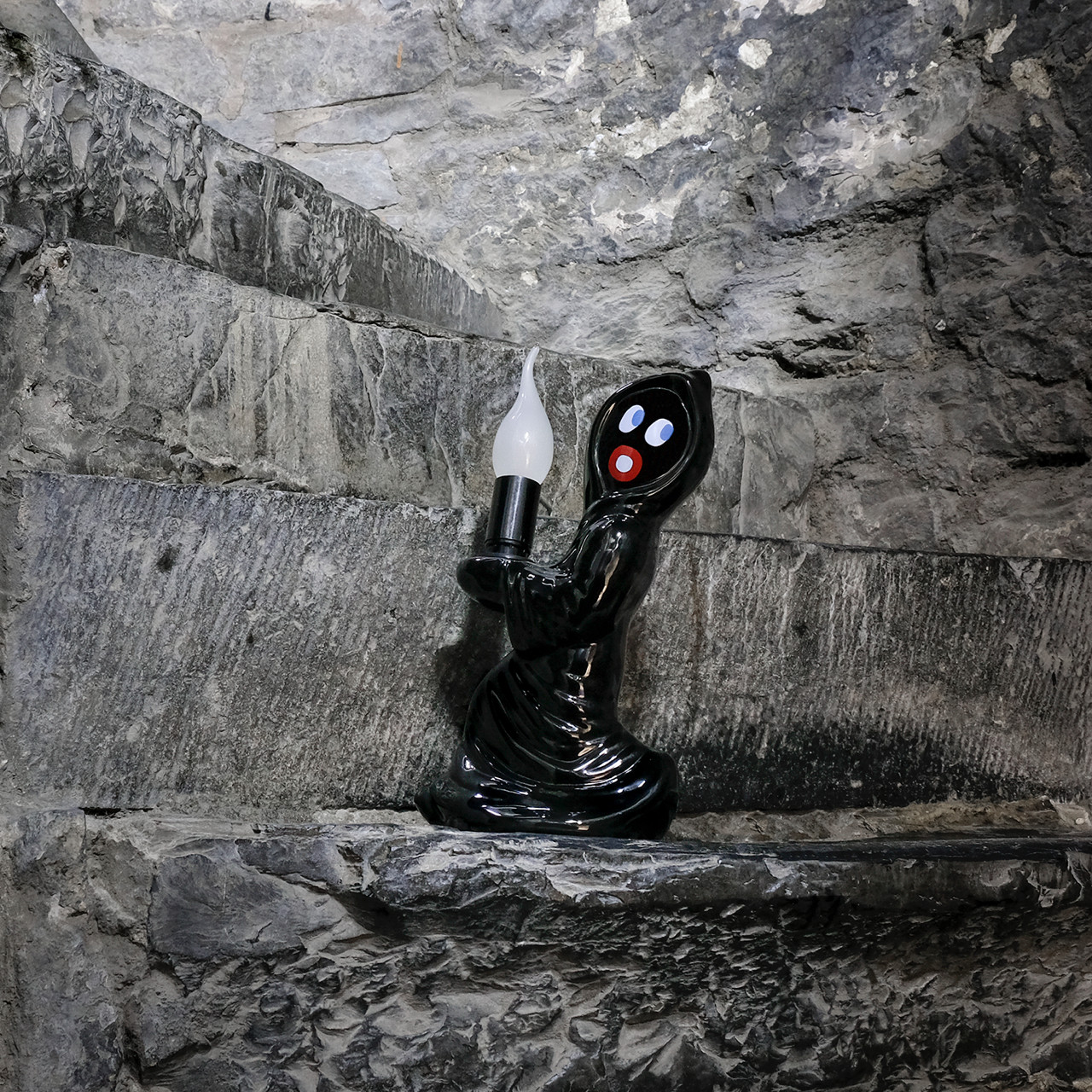 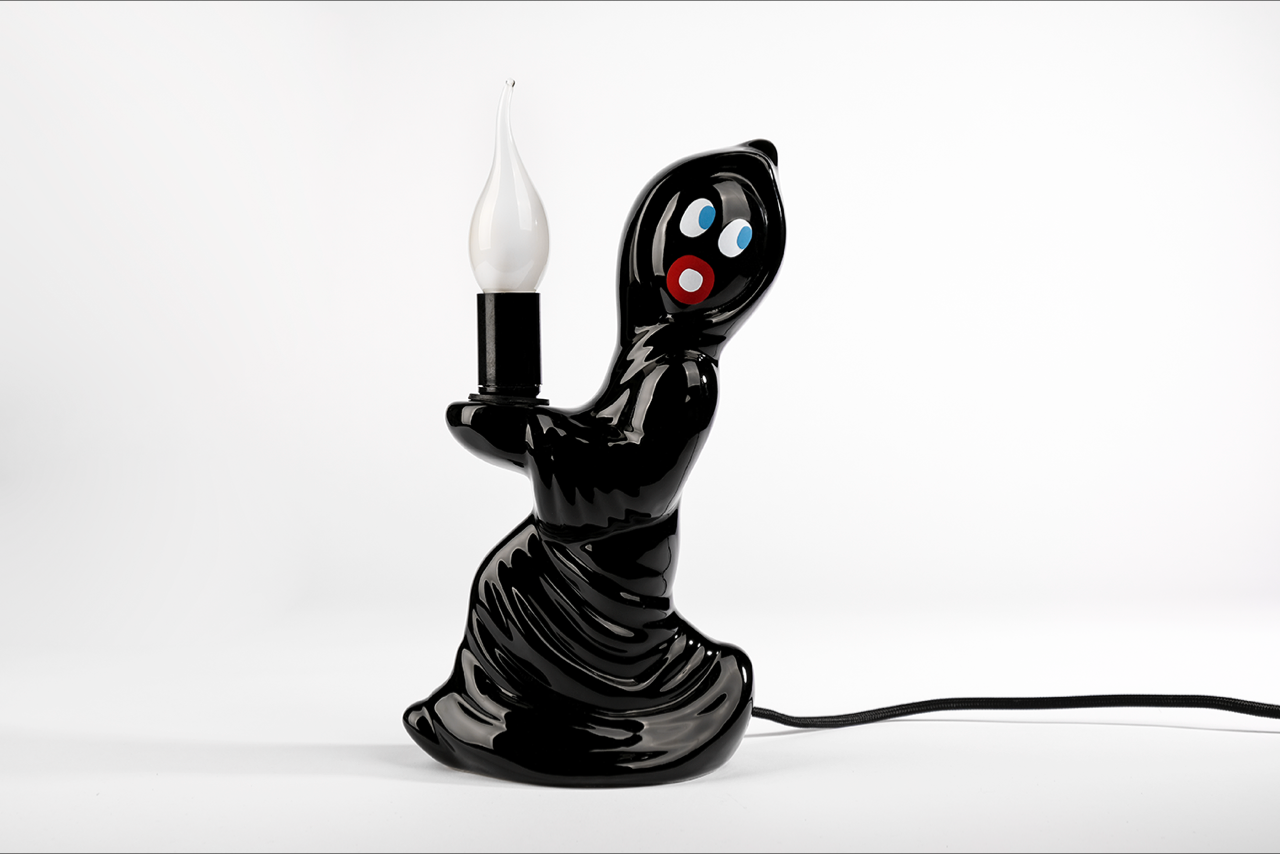 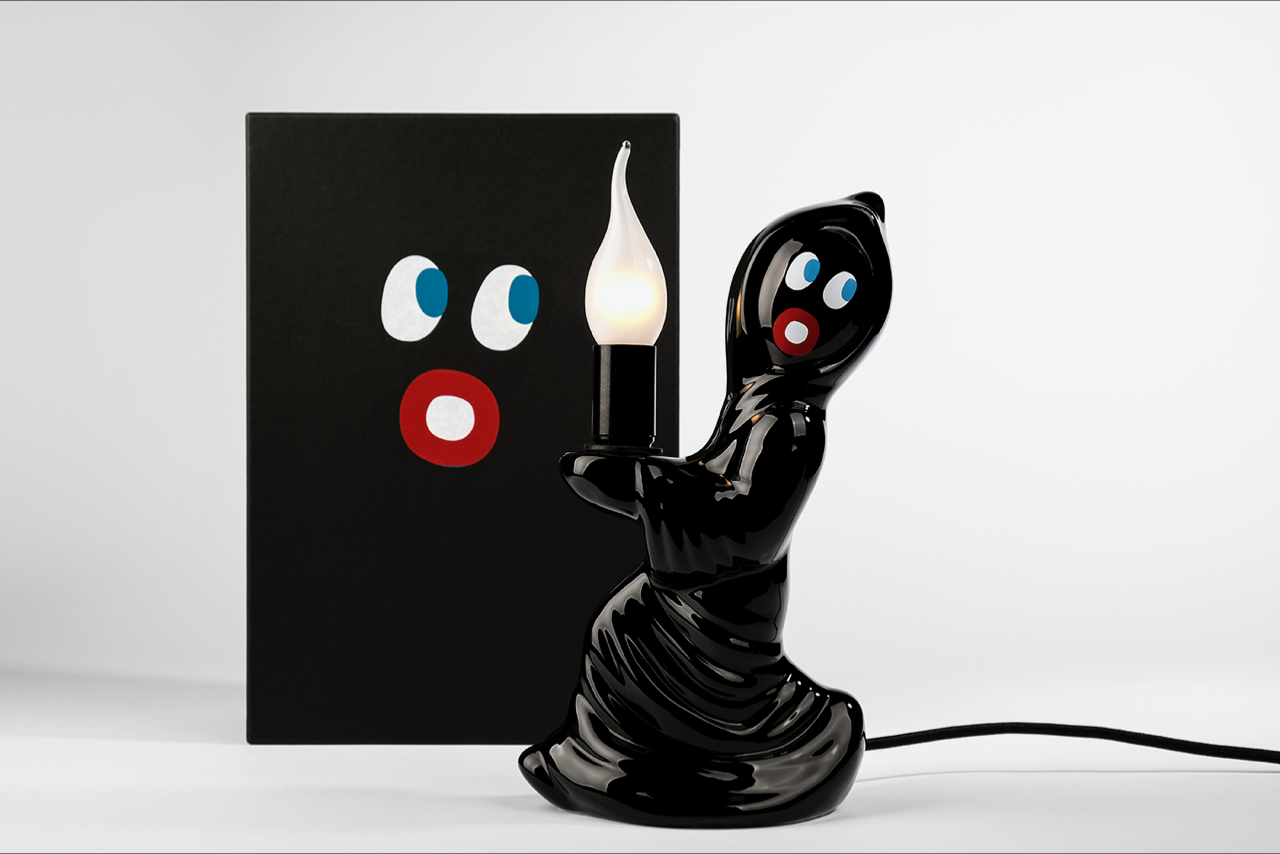 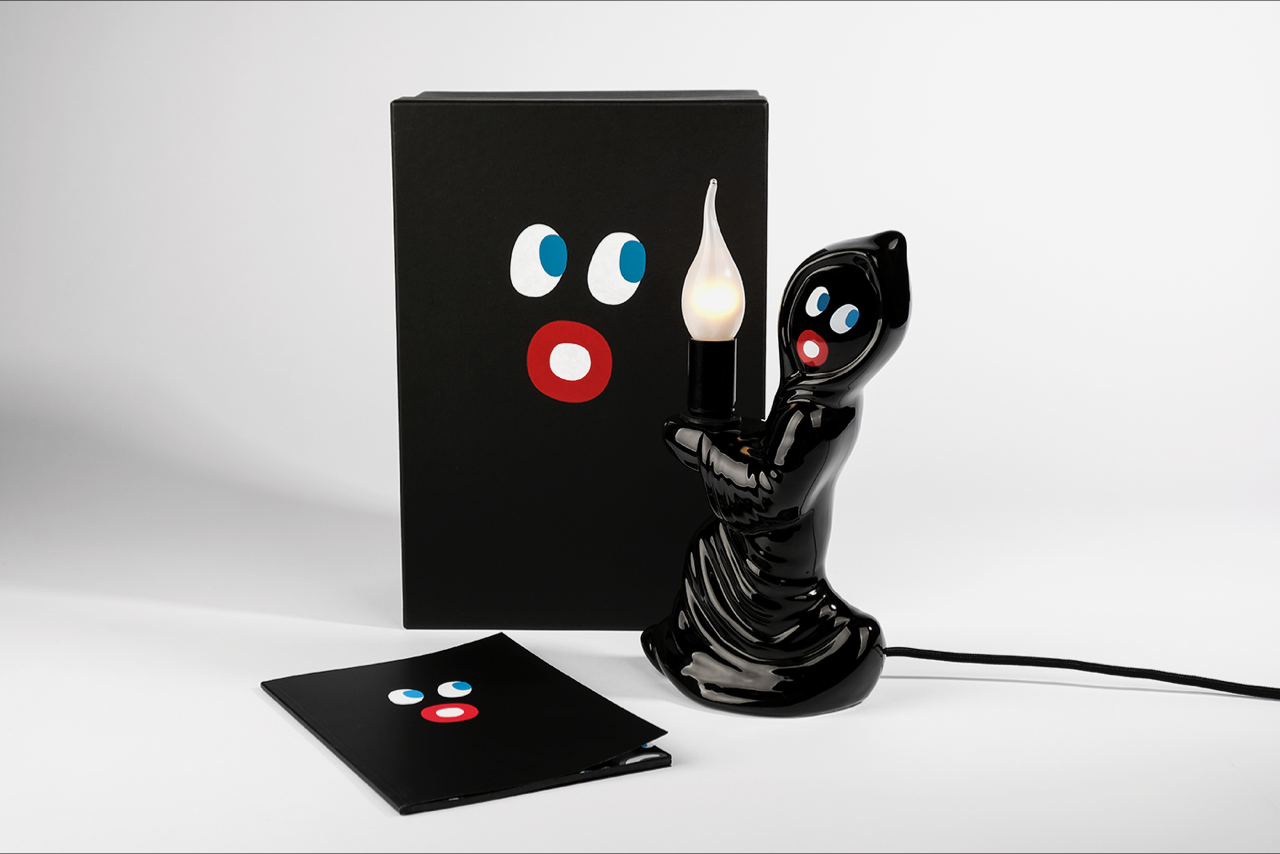 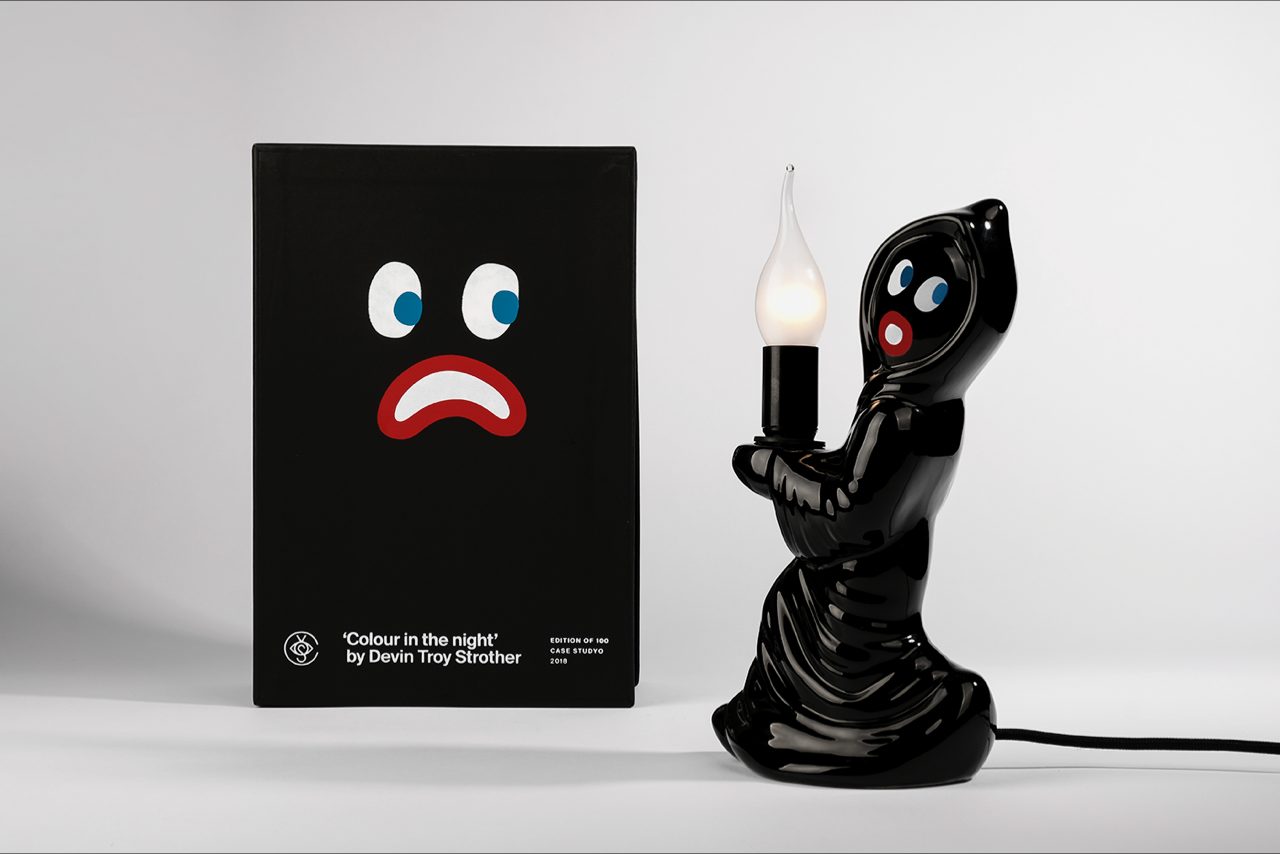 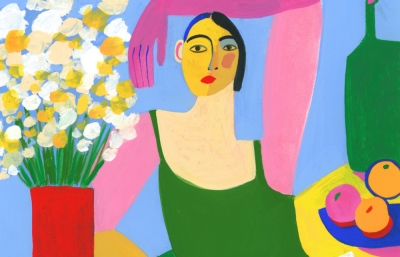 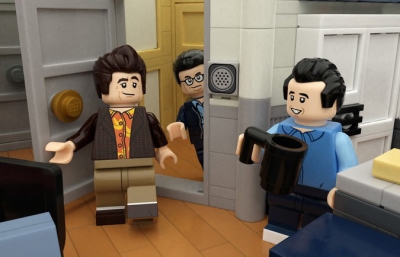 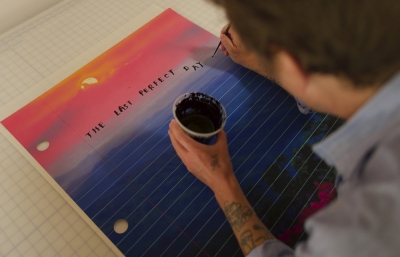 Devin Troy Strother has been at the forefront of creating intelligent and politically acute artworks and installations from the very first moment he arrived on the scene. His newest collaboration with Case Studyo doesn't stray from his vision, with a cartoonish black ghost designed as holding a candle that functions as a lamp in a piece titled Colour In the Night. After missing out on the Morgan Blair release, we have to jump on this one.

From the Studyo: The history of ghosts and race goes even deeper; ‘Spook’ (derived from the Dutch word for ghost or apparition) was a disparaging term for black people used in the 1940s. The idea behind the derogatory slur is that after sundown black people’s darker skin tone blends with the darkness of night, leaving only the whites of their eyes visible, thus resembling a ghost. Strother transforms this image by turning the ghost black and adorning him with a favoured motif of his: blackface. The artist’s main objective is always to provoke emotion, whether good or bad. The emotional reaction should further the conversation." 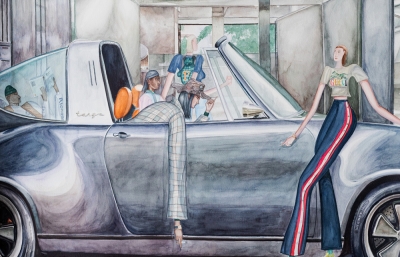 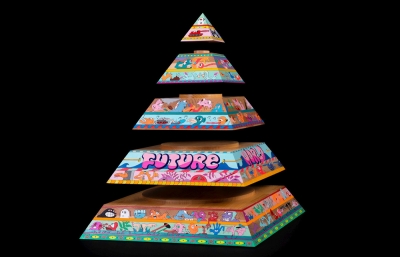