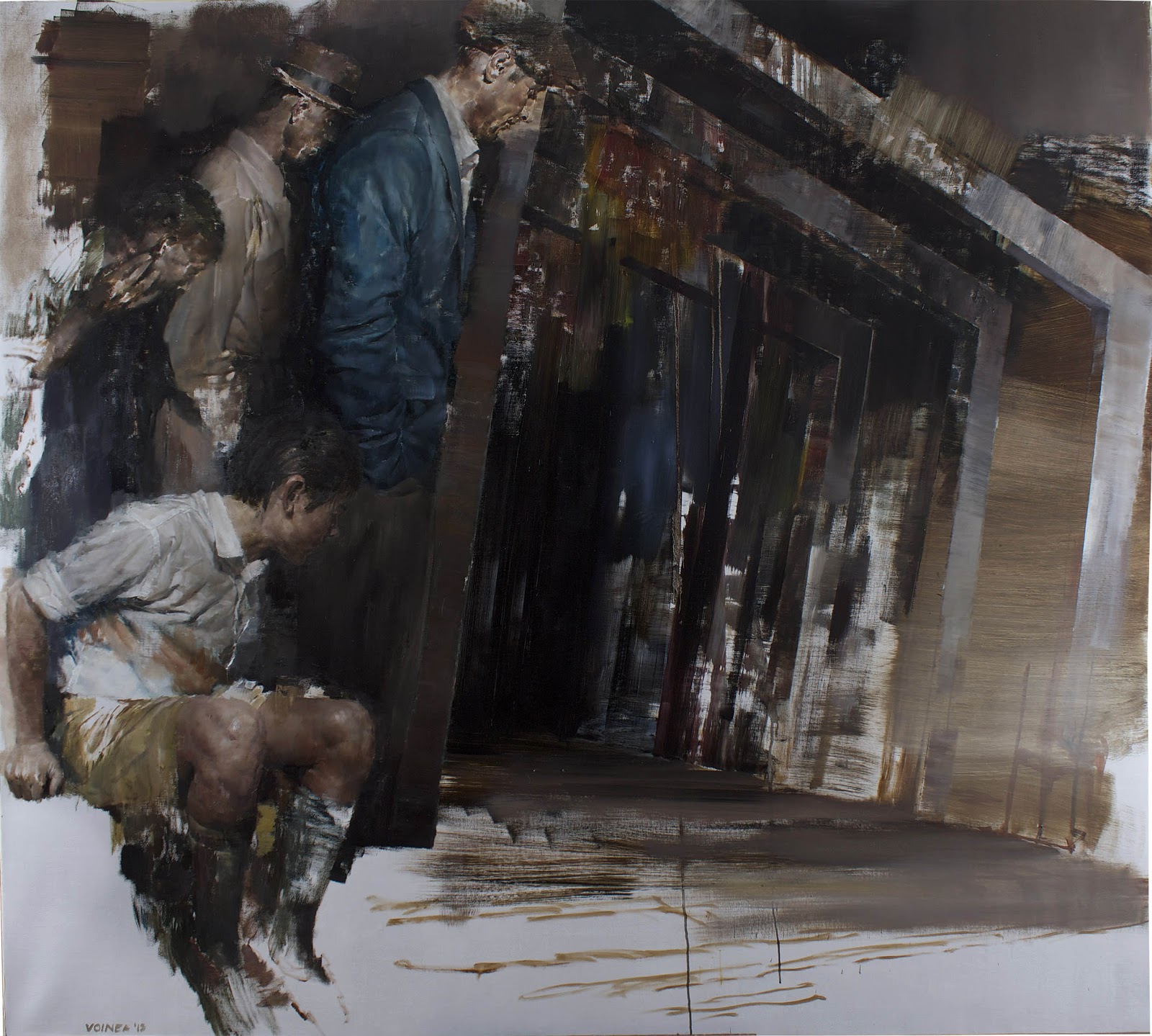 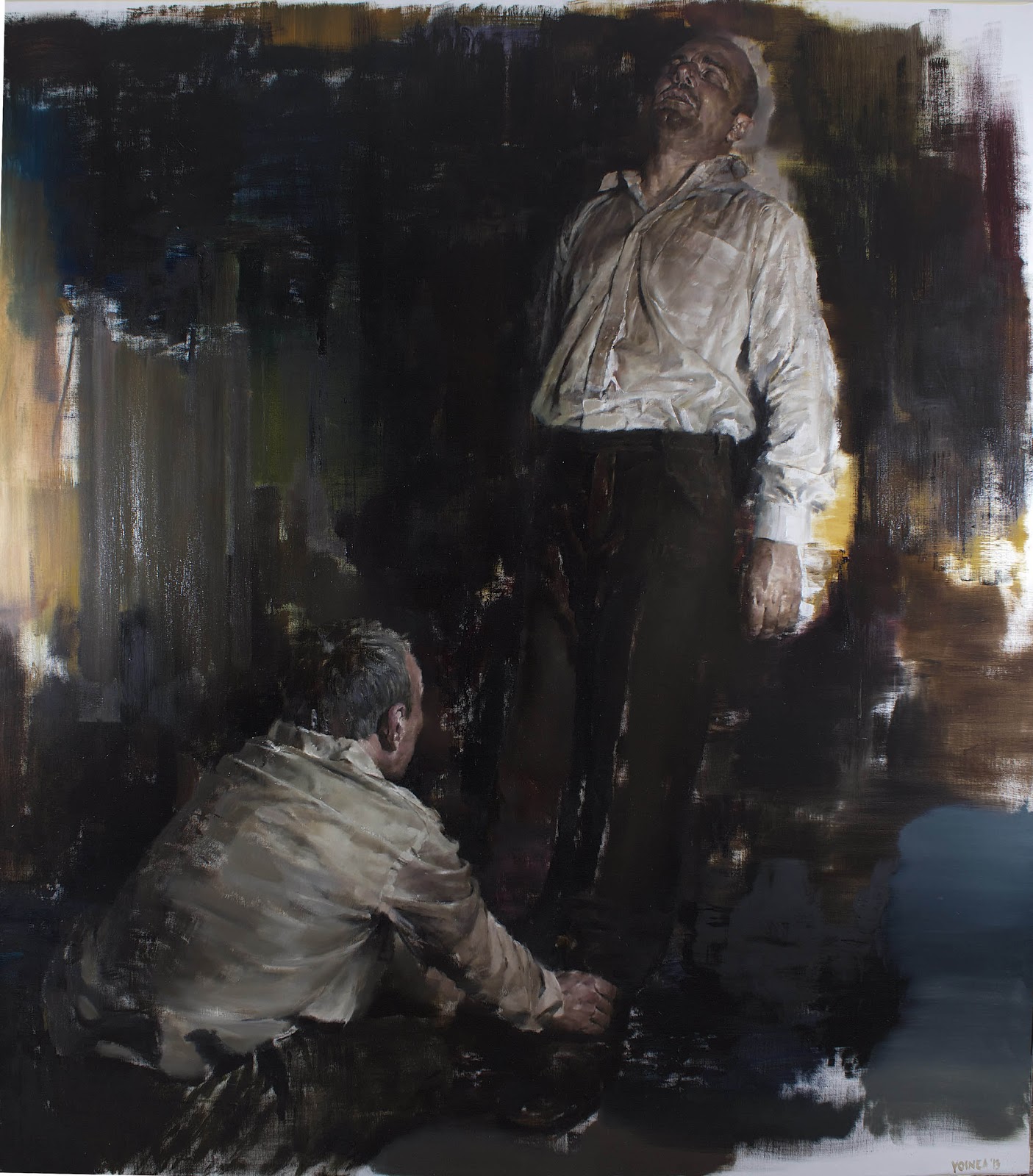 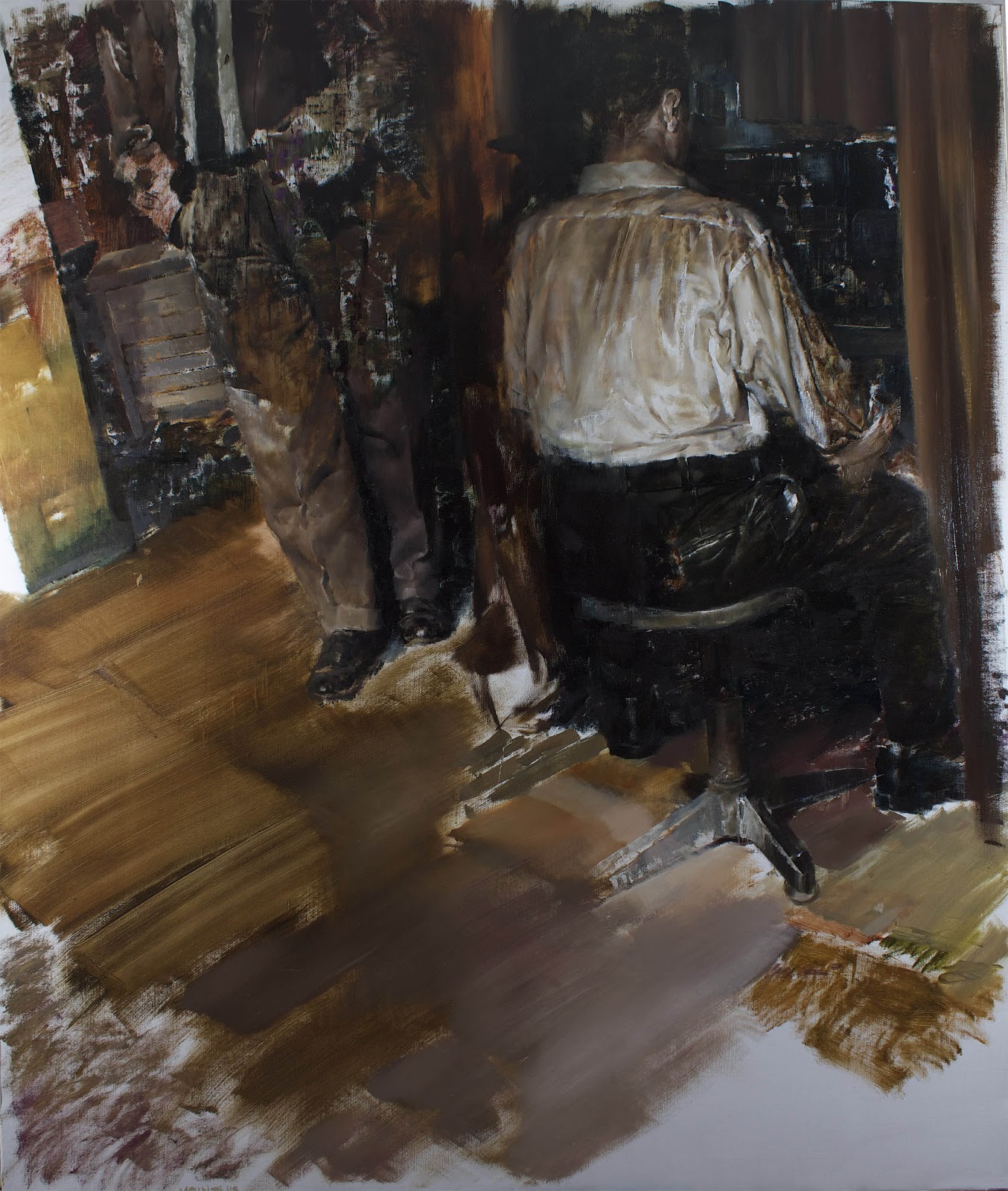 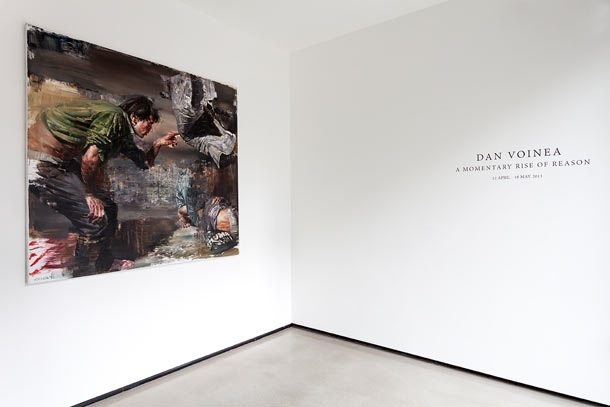 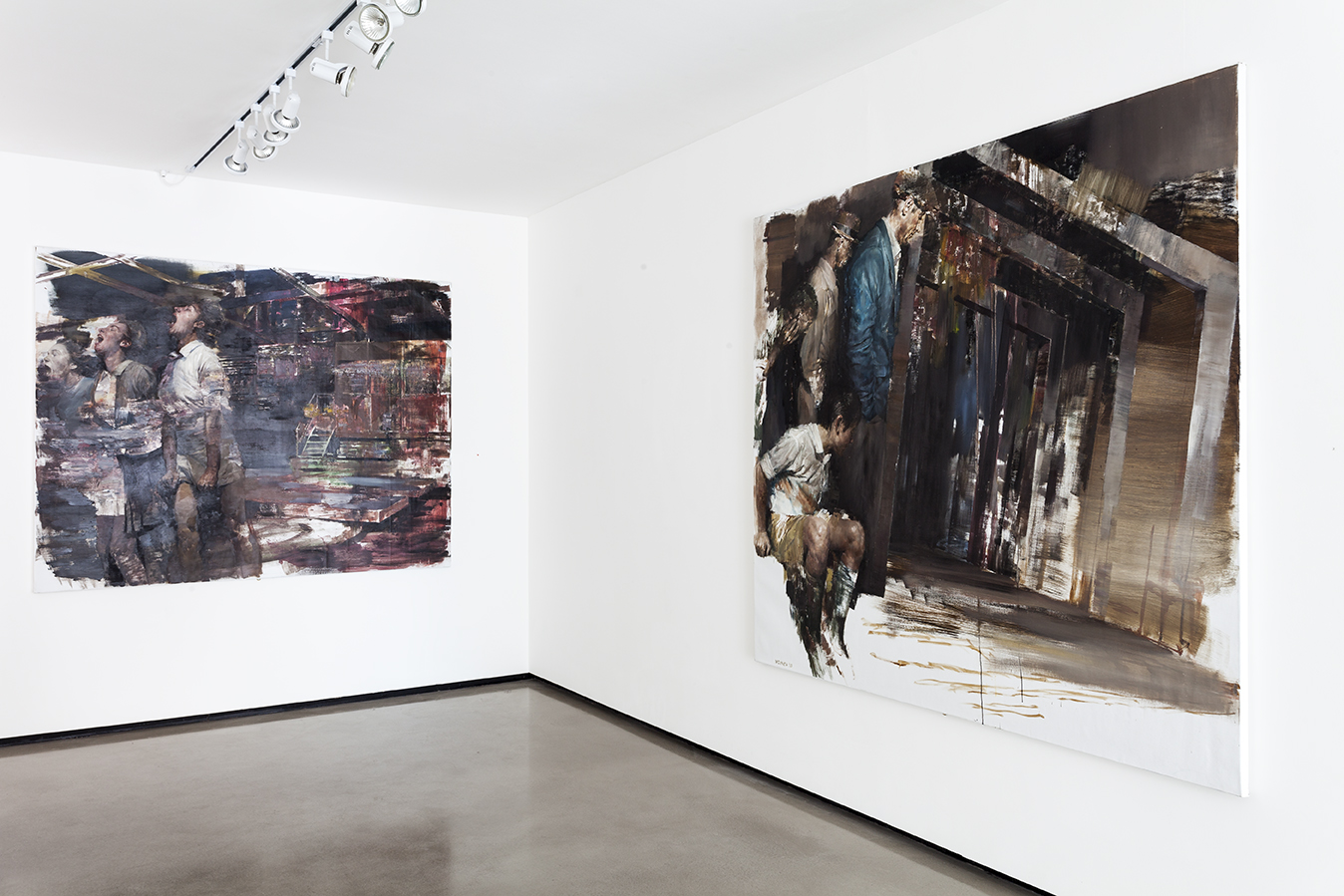 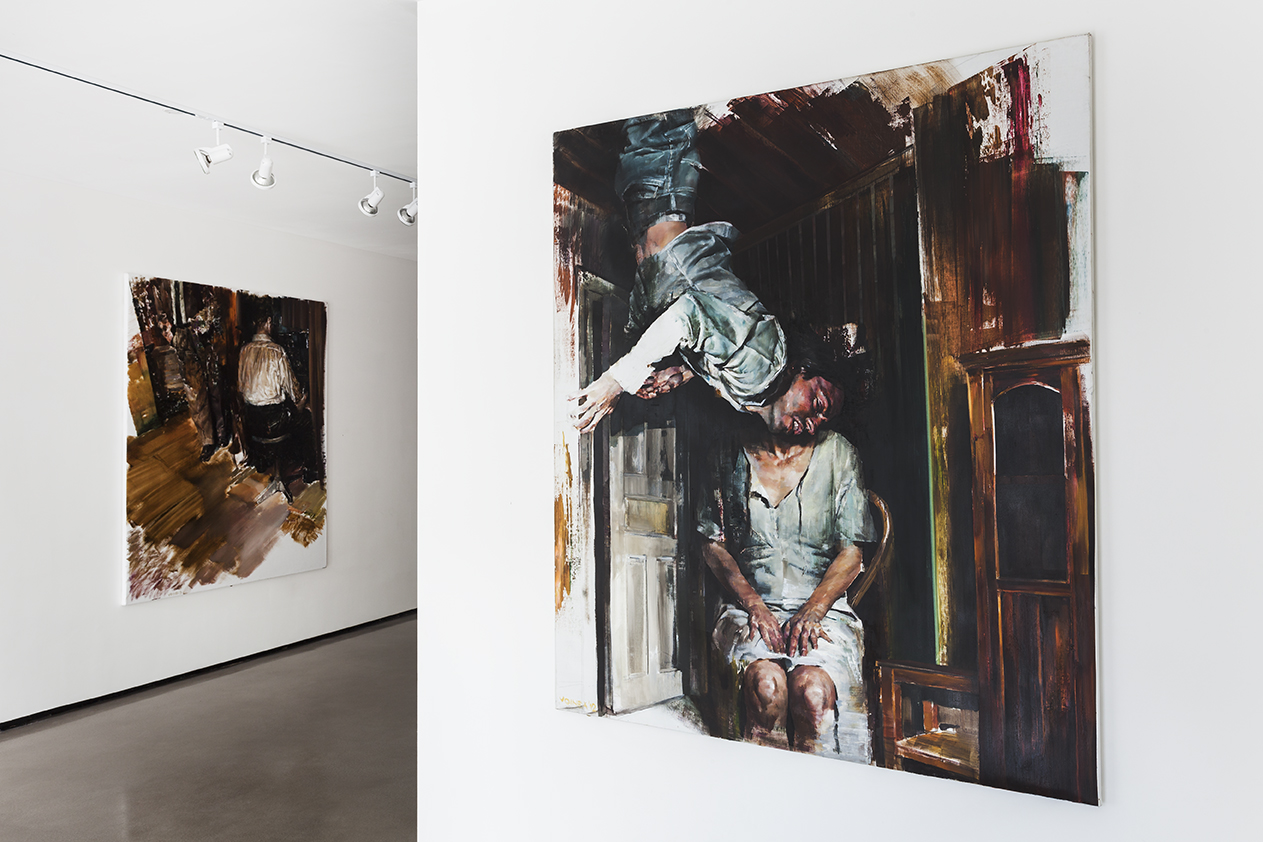 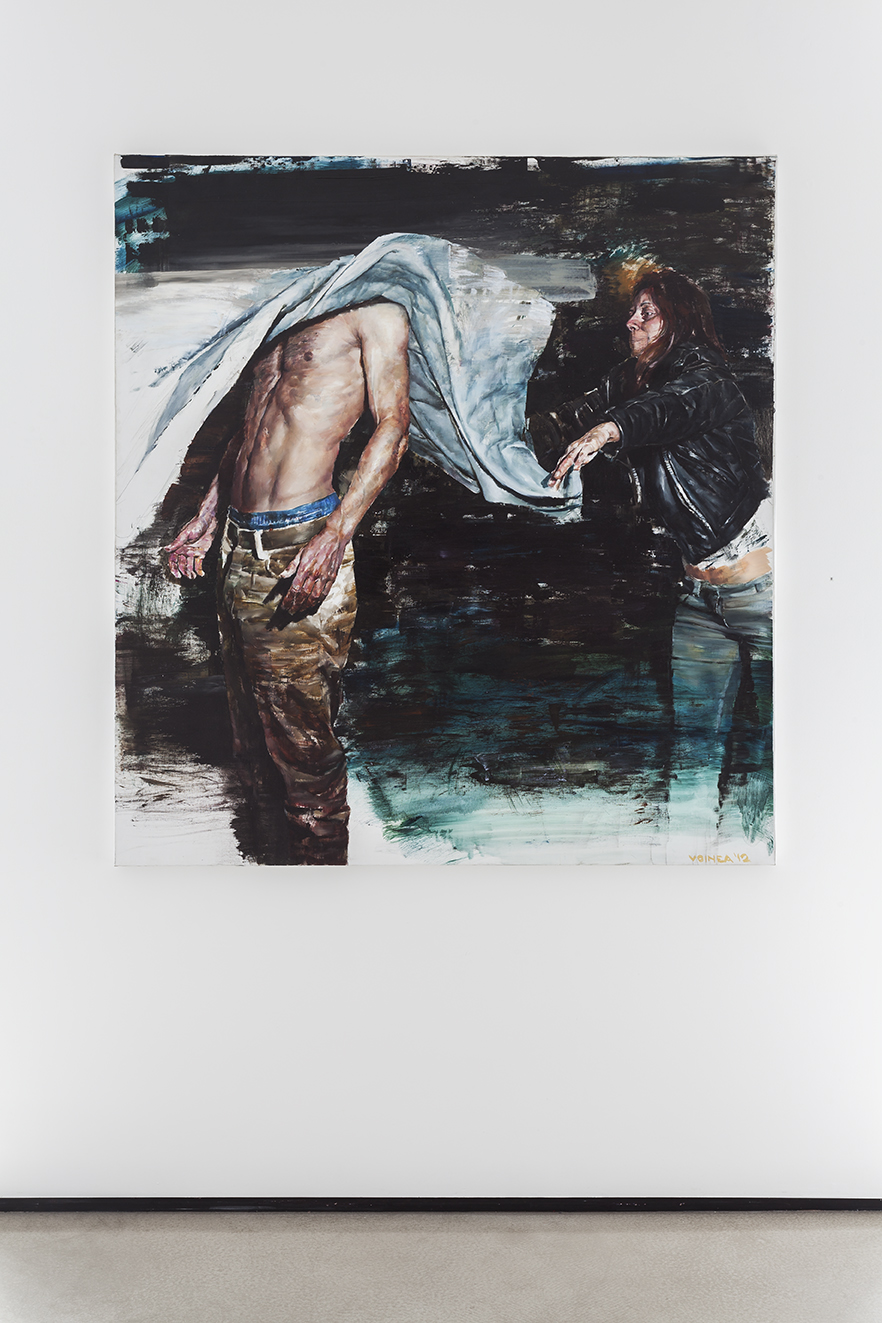 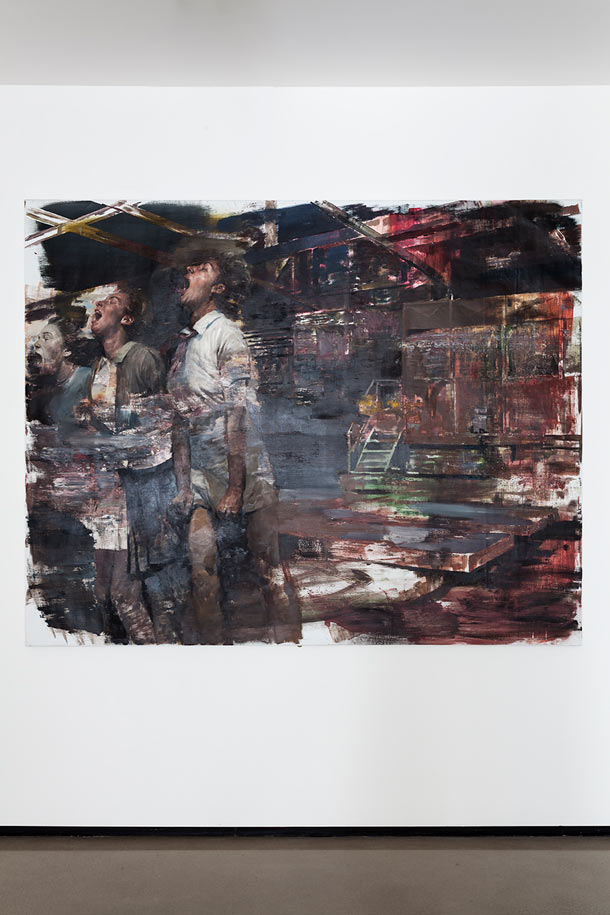 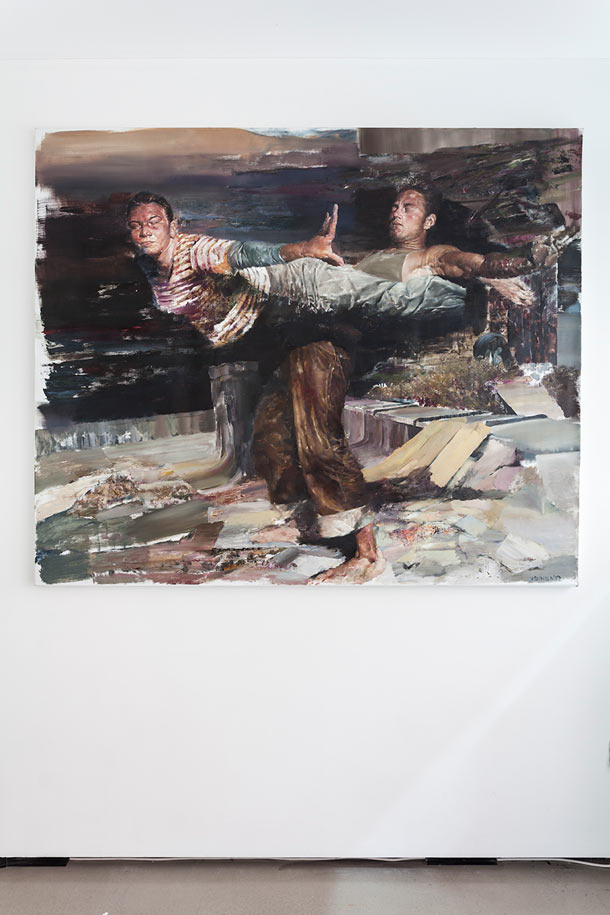 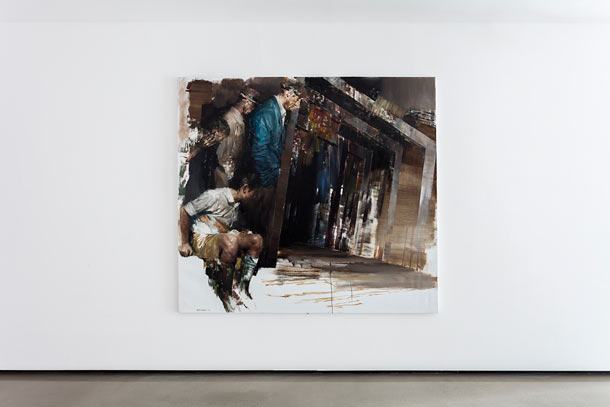 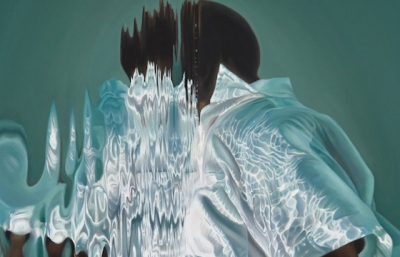 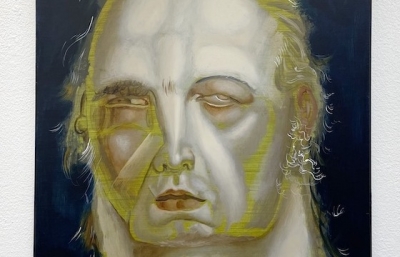 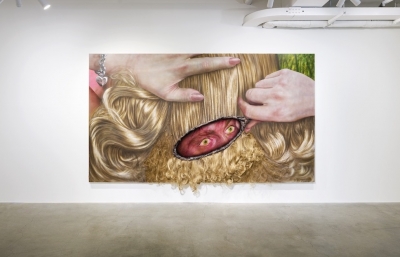 
One of our favorite painters that we have learned about over the past year is Romanian artist Dan Voinea, who mixes both a classical realist style with an almost performance like character connstruction. Voinea just opened a solo show, A Momentary Rise of Reason, at Beers.Lambert Contemporary in London. As the gallery notes, " Yet while technically realistic and anatomically correctly proportioned, the works are characterized as much by their apparent lack of realism: their fantastical tendencies, collapsing or nondescript environments and preference for magic realist narratives. " The show is open through May 18, 2013.

Further, the paintings remain crucially aware of their art-historical context; Voinea’s love for the craft of both historical and contemporary painting shines through, subverting his influence and in a move of careful selection – intentionally flattening their temporal context: a nostalgia for some sepia-toned 1950s appears to recur, or perhaps it is the artist’s forlornness for some F. Scott Fitzgerald-worthy 1920s and 30s. At times Voinea seems like a disciple of celebrated American painter Andrew Wyeth, but at other times he throws the viewer back 100 years and his references are full of richly self-aware references to the fanciful Edwardian paintings of the 19th century.