Creatures Made From Old VHS Tapes 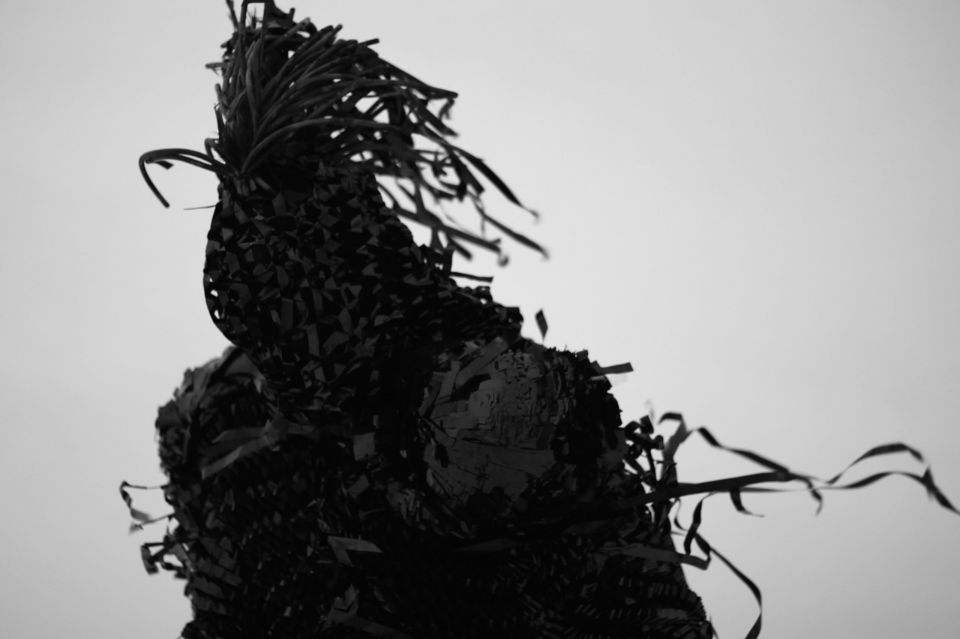 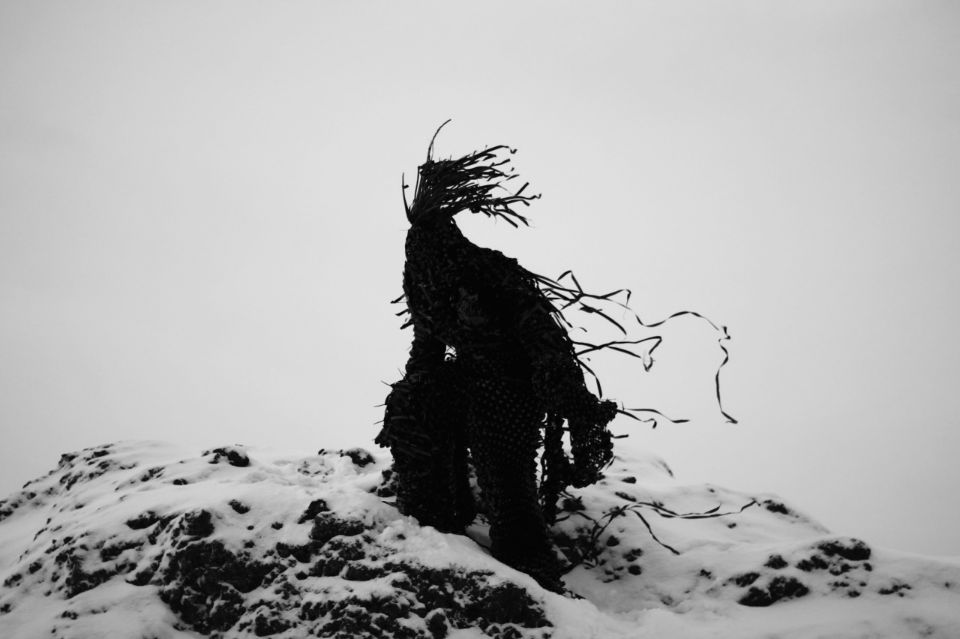 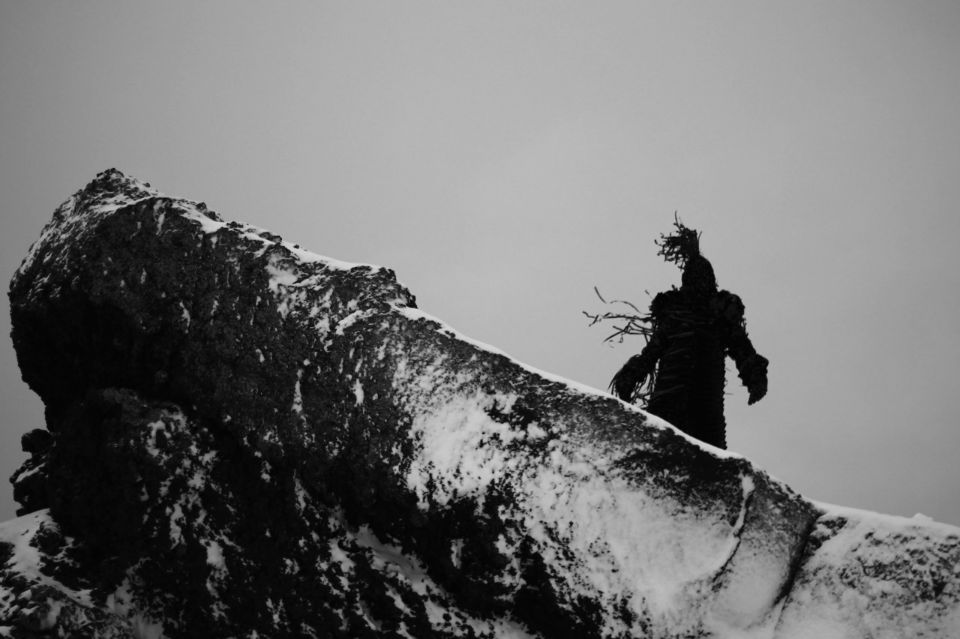 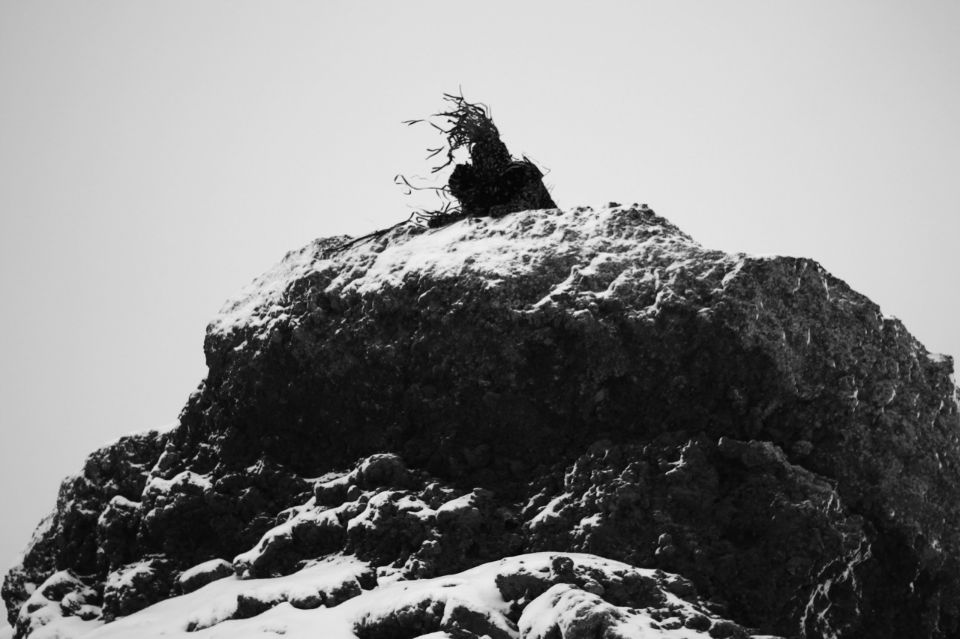 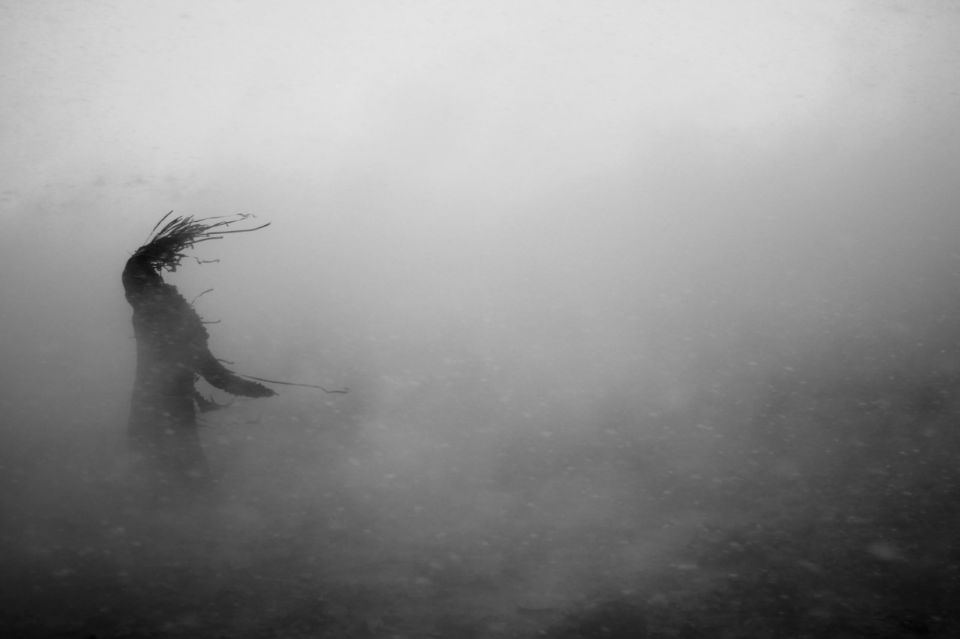 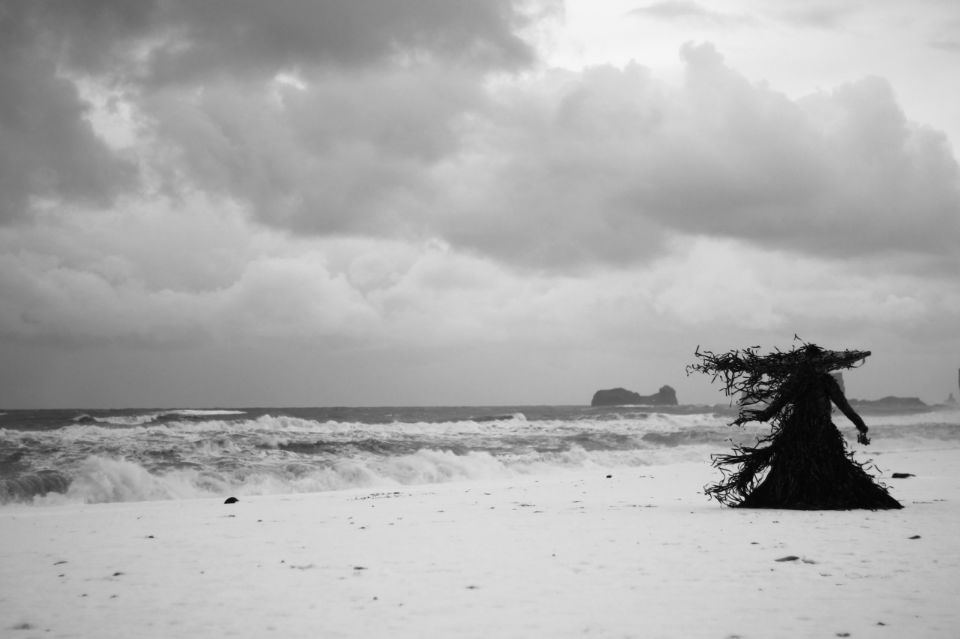 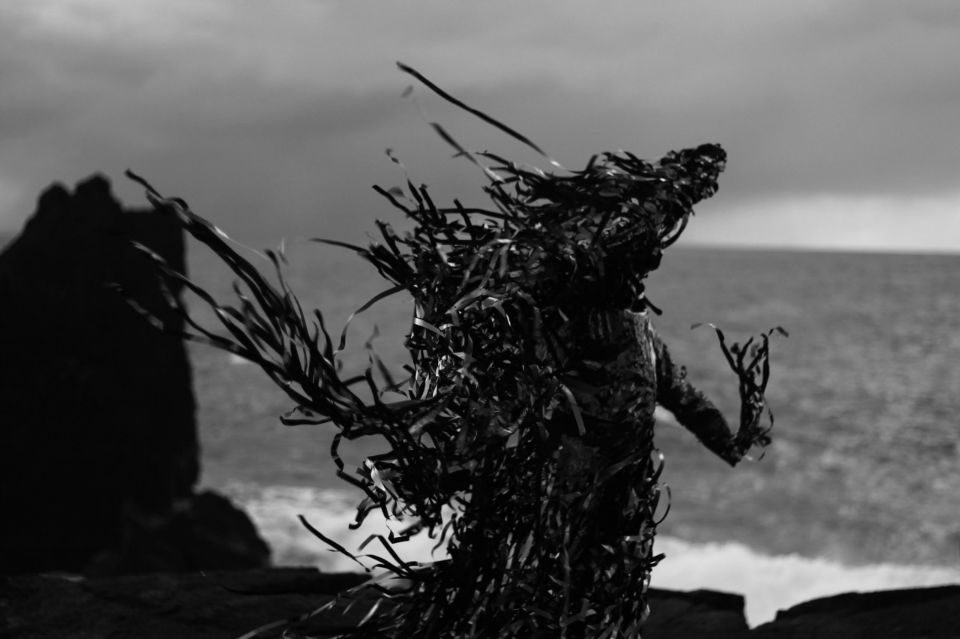 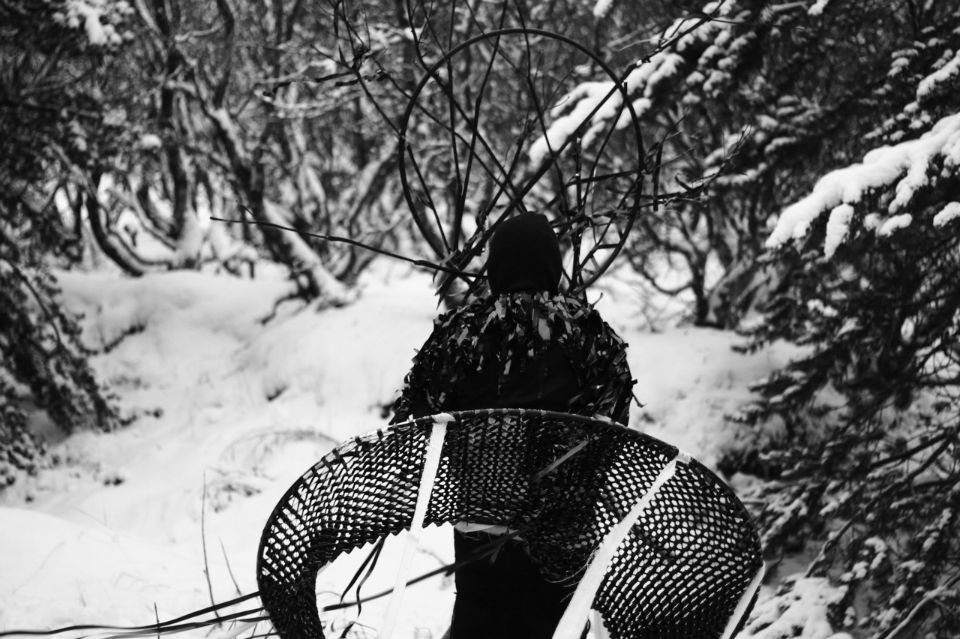 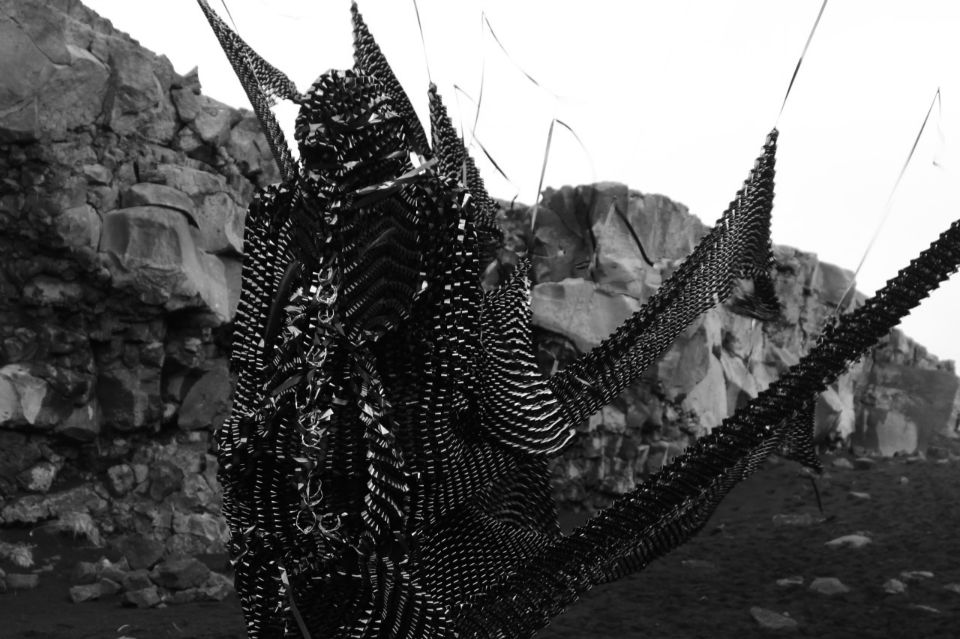 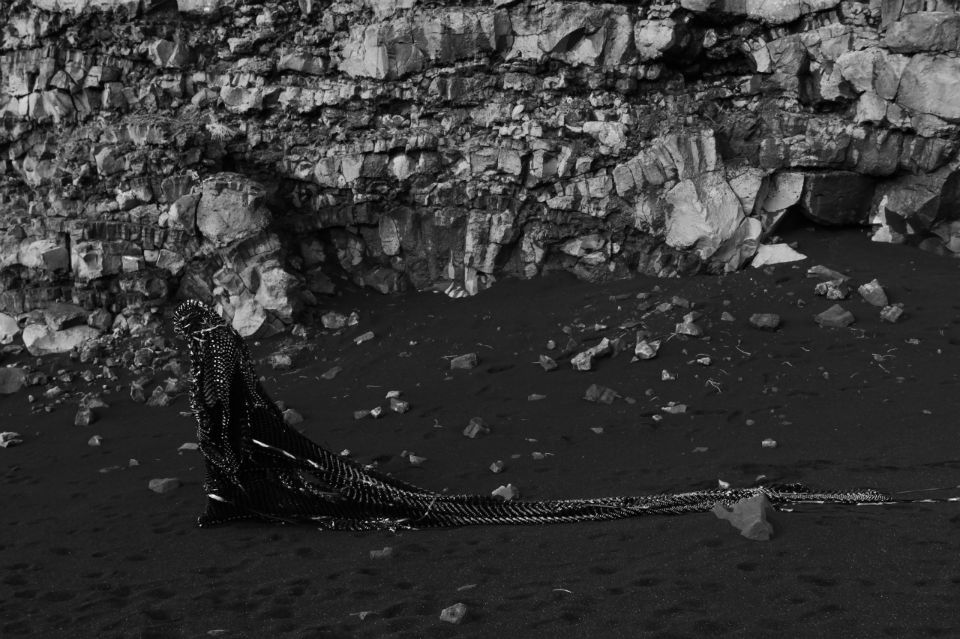 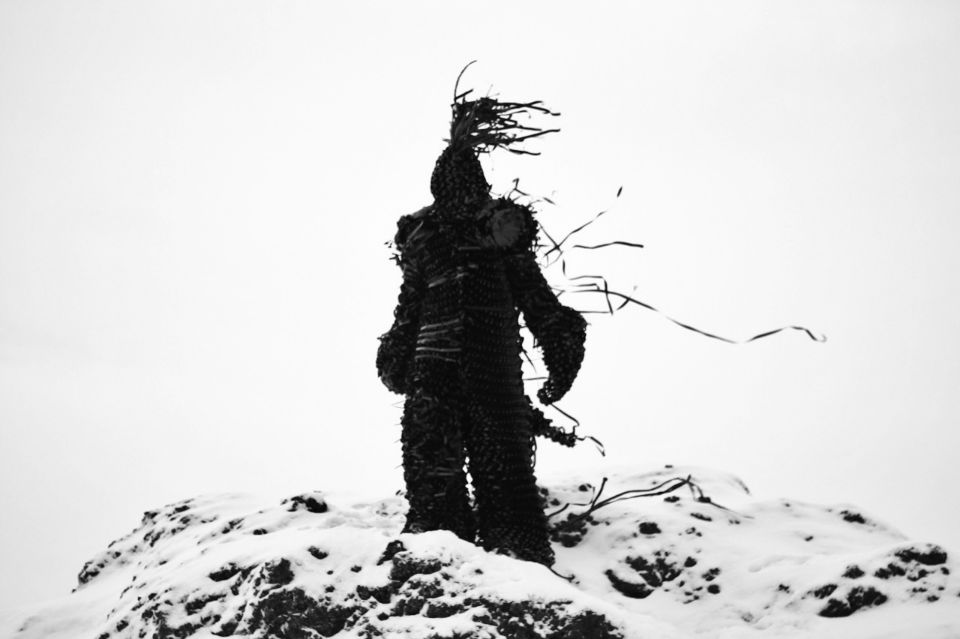 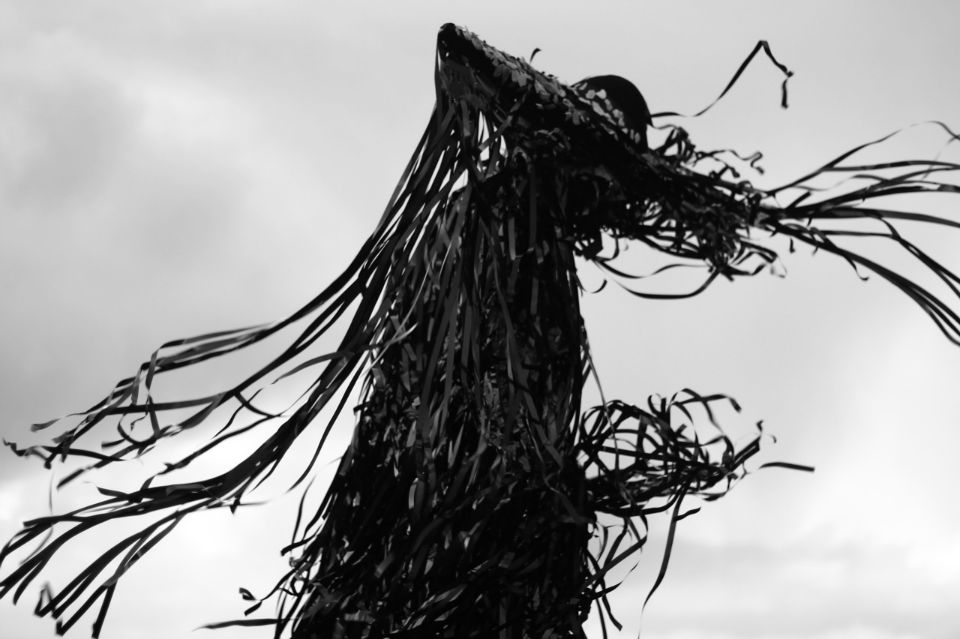 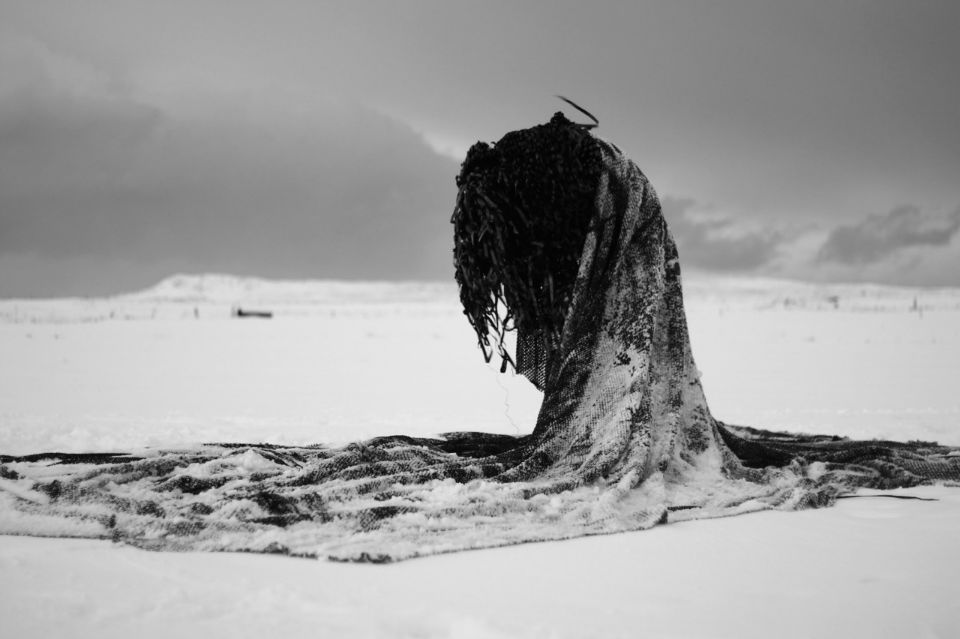 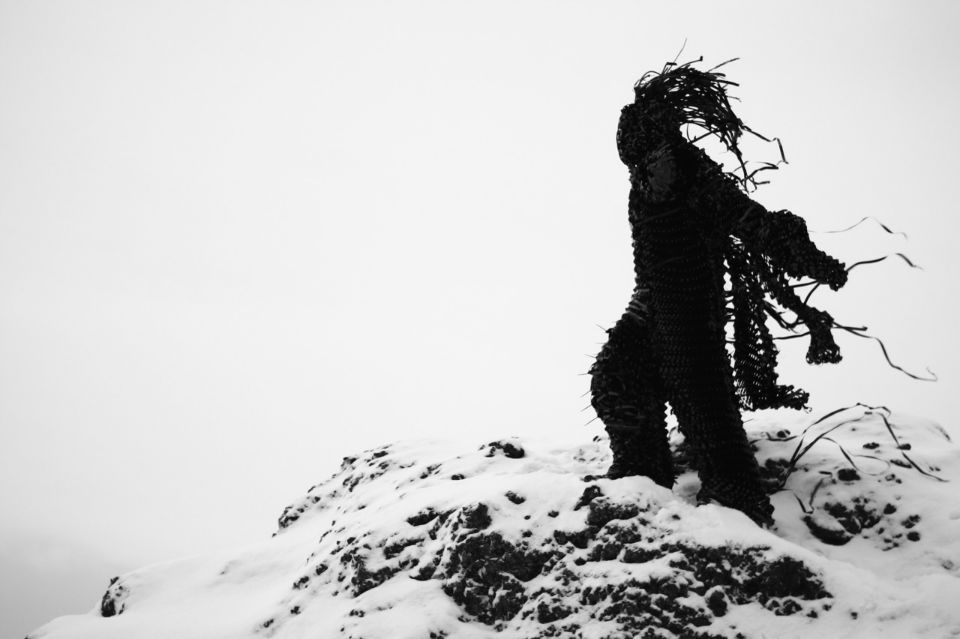 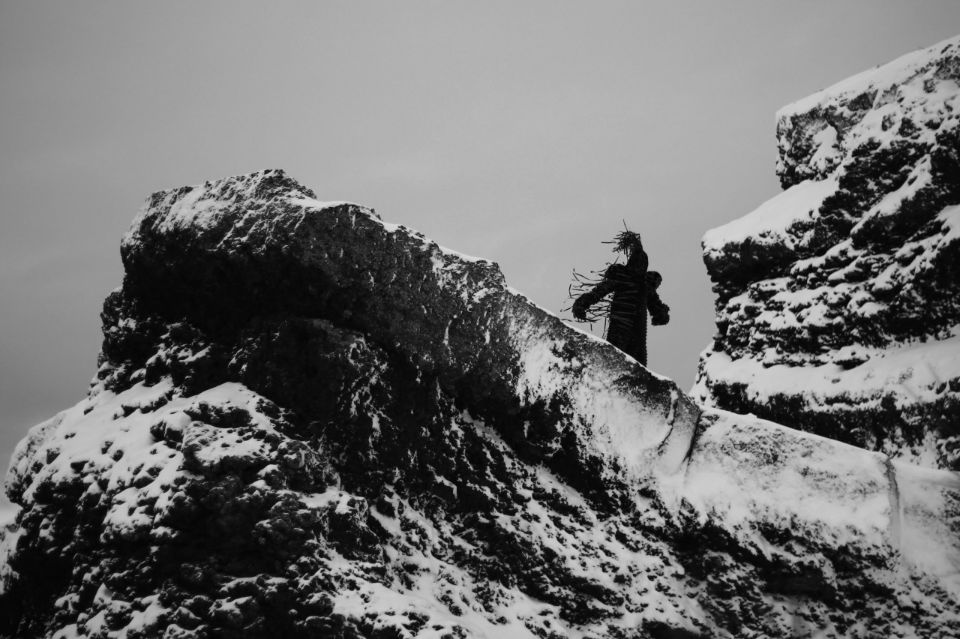 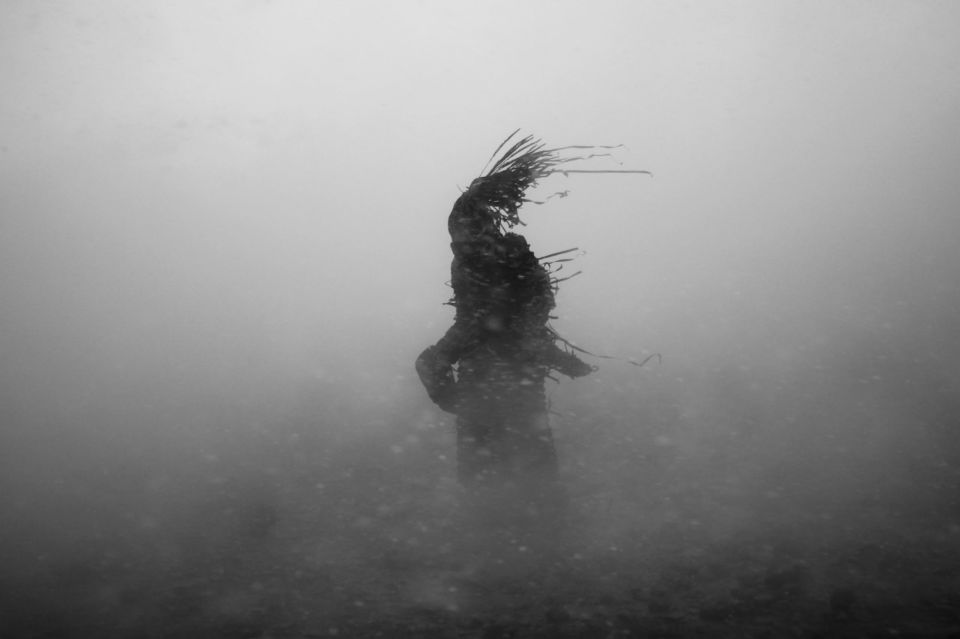 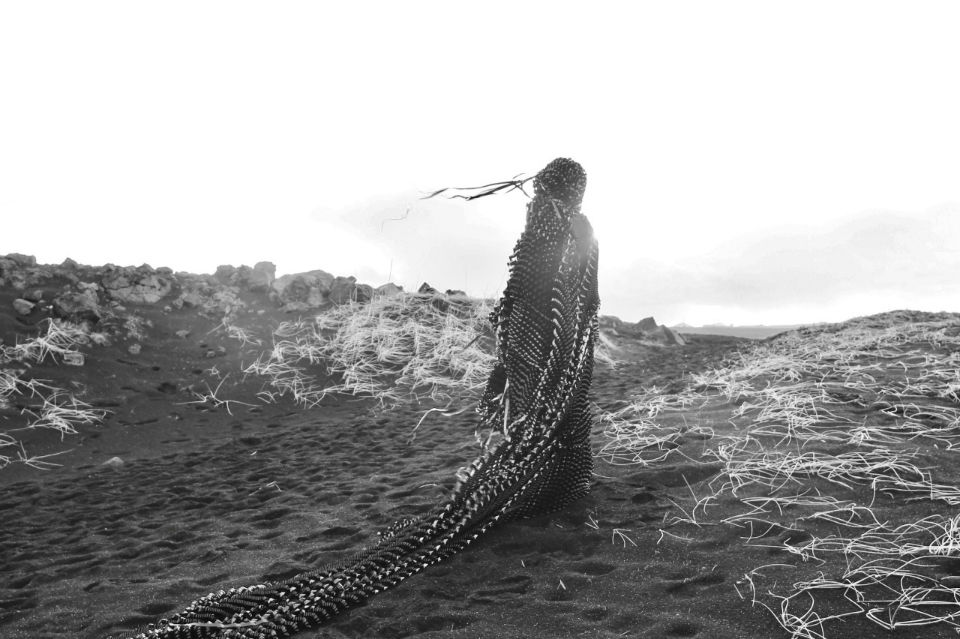 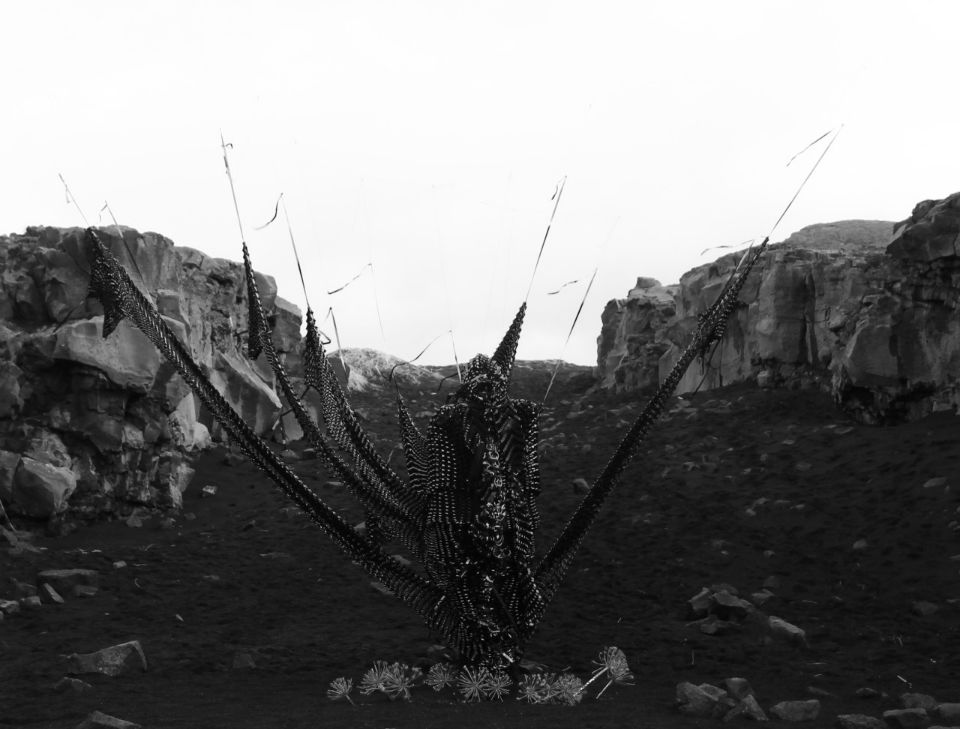 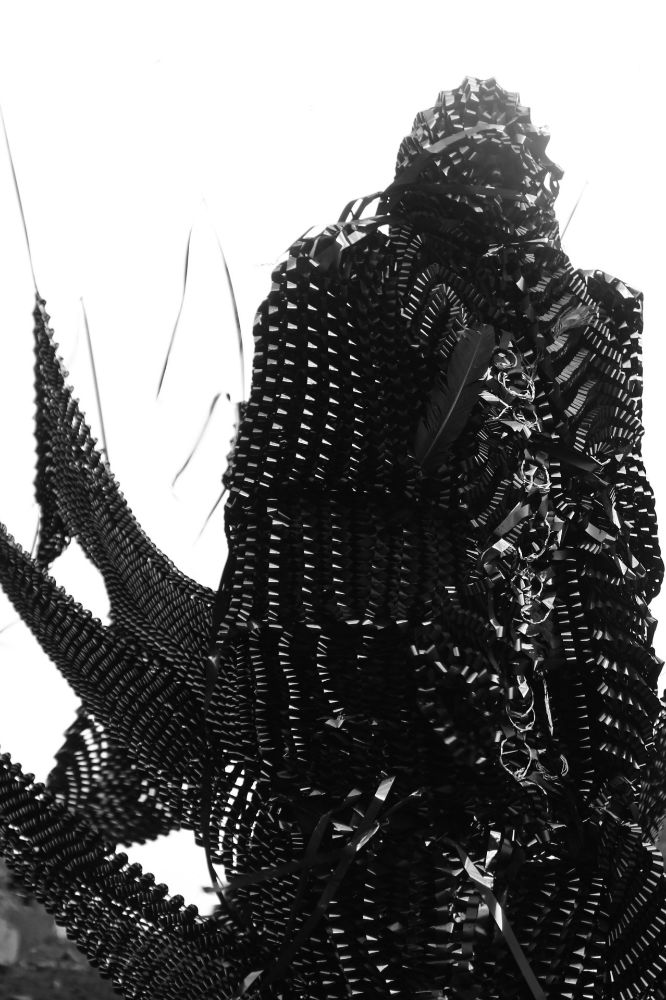 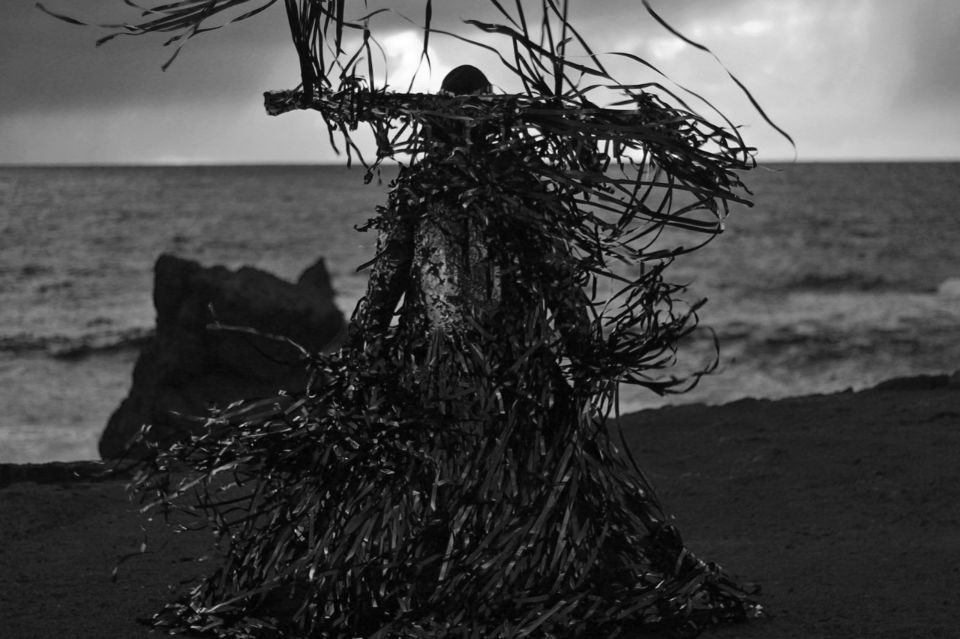 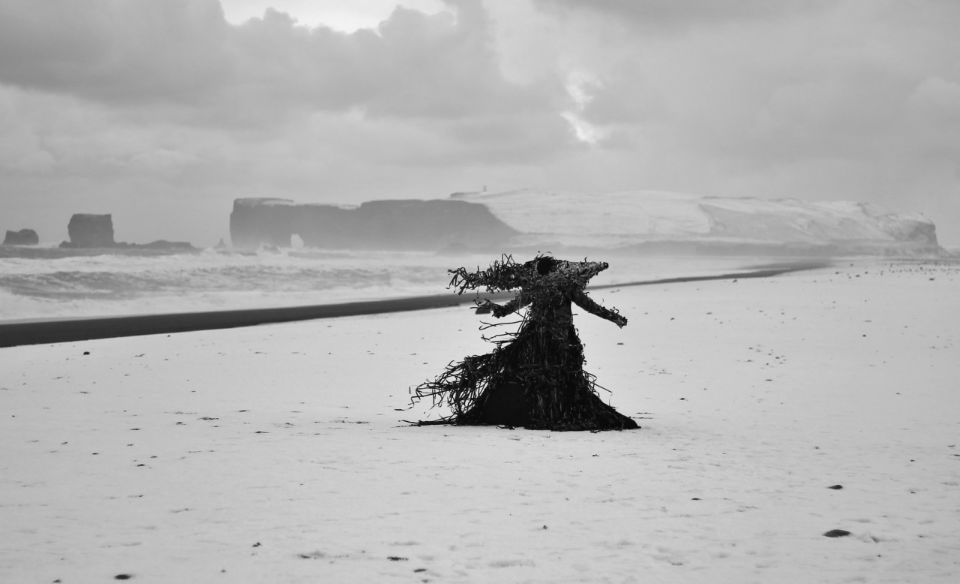 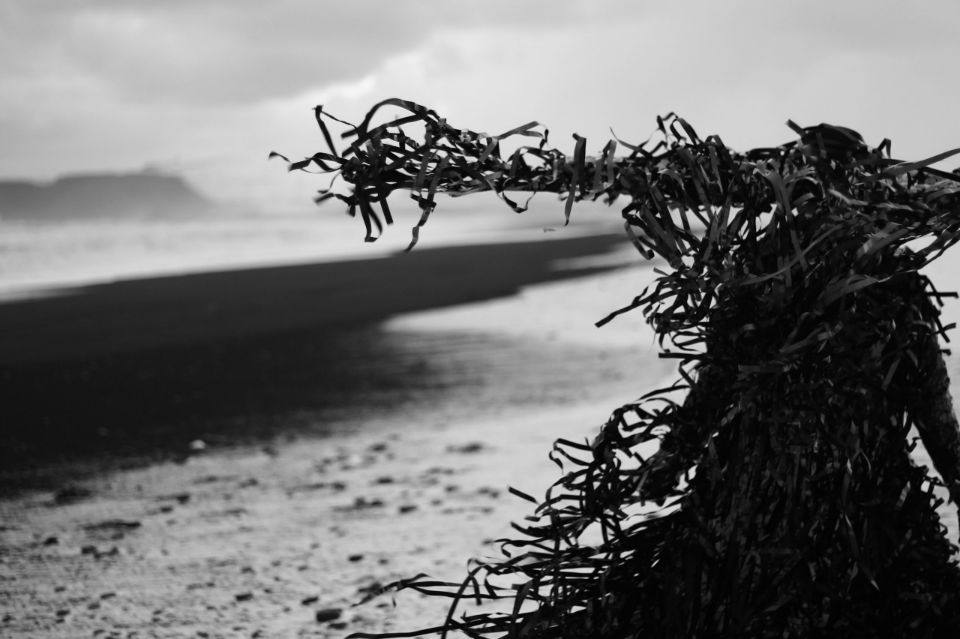 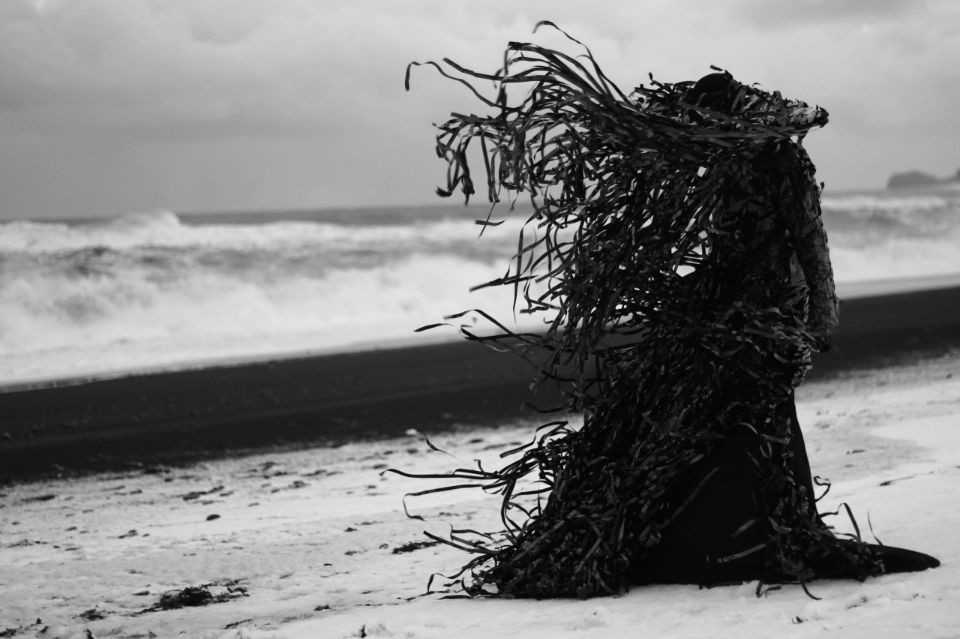 Night forbade by a sunray. Not a bird to be heard, not a herd of grass to clench, no vengeful sun to pray. Mysterious, mesmerizing, onilyrical, the V monoliths, somber giants built by Phillip Ob Rey, shaped as monsters of calm flesh limbs, carved into the lumps of the subterranean, revolve around calm crepuscular sceneries, lunar horizons of a frostbitten Iceland, and question the depths of our unconscious on the After, future of the human race.

To smoke the jewels out off the sea carcasses, to swallow the vegetal back to the place Man disputes them. Where those giants were born, handsome sky-debris make the valleys, nascent forests grow betwixt their knees, forgotten beasts hallucinates the remains of a planet plundered by a snow chemistry.

Ob Rey summons from the dawn of the ancient world the primeval race of the mating giants, and reminds us that we do not live; we sit against a sky grey and sad and our eyes merely turn to ashes the last remains of the beautiful lands in which our ancestors dwelled. Thus is staged V, vision of a rebirth, of the impure Being according to the ancient Scriptures, creating in the manner of a nihilist prophet a magnified vision of primitive symbols, of holistic elements and exhausted naturalism of the end of a world, and the beginning of another existence.

There are curious shadow of opalines growing in the azure crevasses of our cornfields, a world grey and sadder then the ashes pounds relentlessly under the hard, breakable earth, and silent things float around us, in the sky.

Night is a bird looking at his own head, the bird a mixture of every dreamers' dreams. Dreams so incomplete they incandesce red glares and upon awaking are forgotten.

“ The narration also streams through the looming of shadows and lights in the intensity of a brightness which turns the rising of all things into the shape of a sun, in the unequaled density of the DARK ONES”