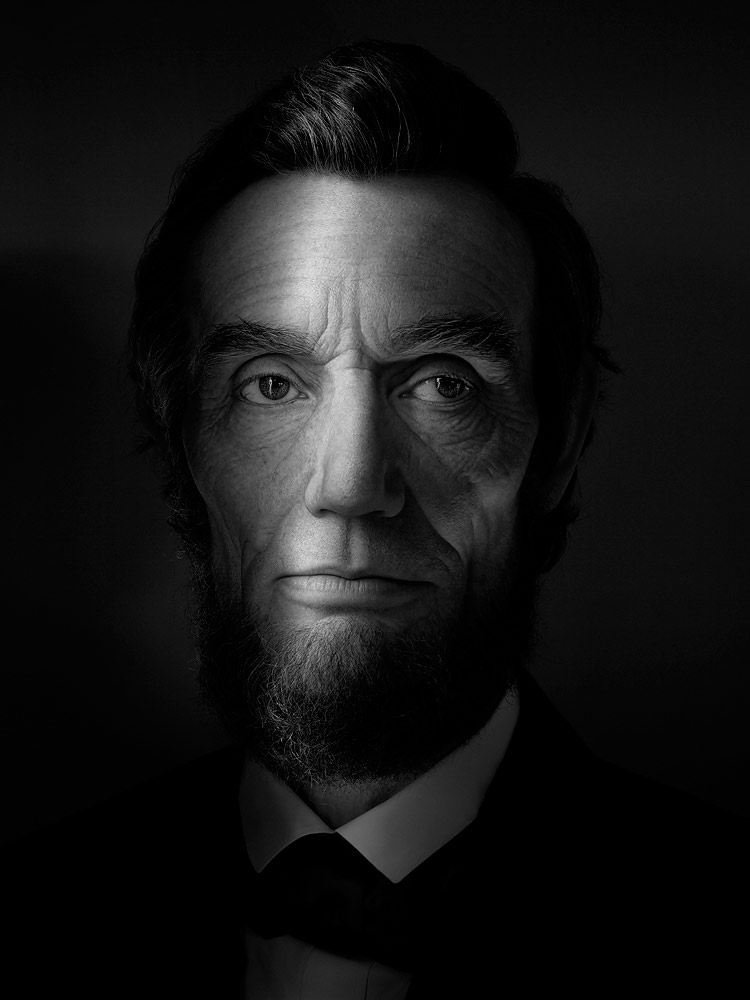 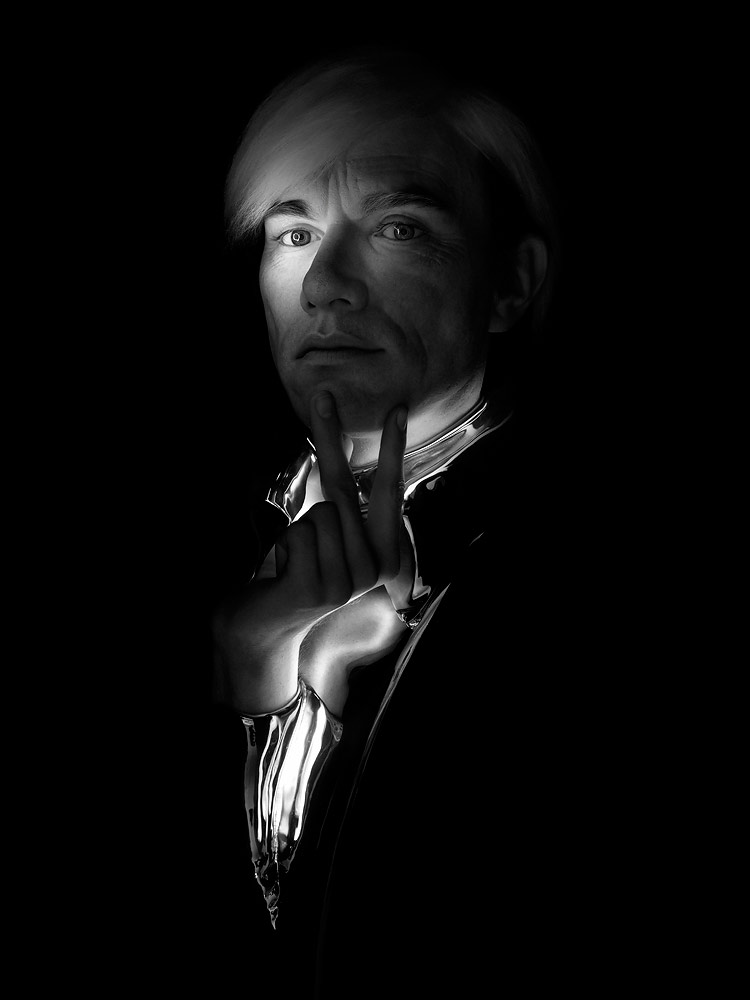 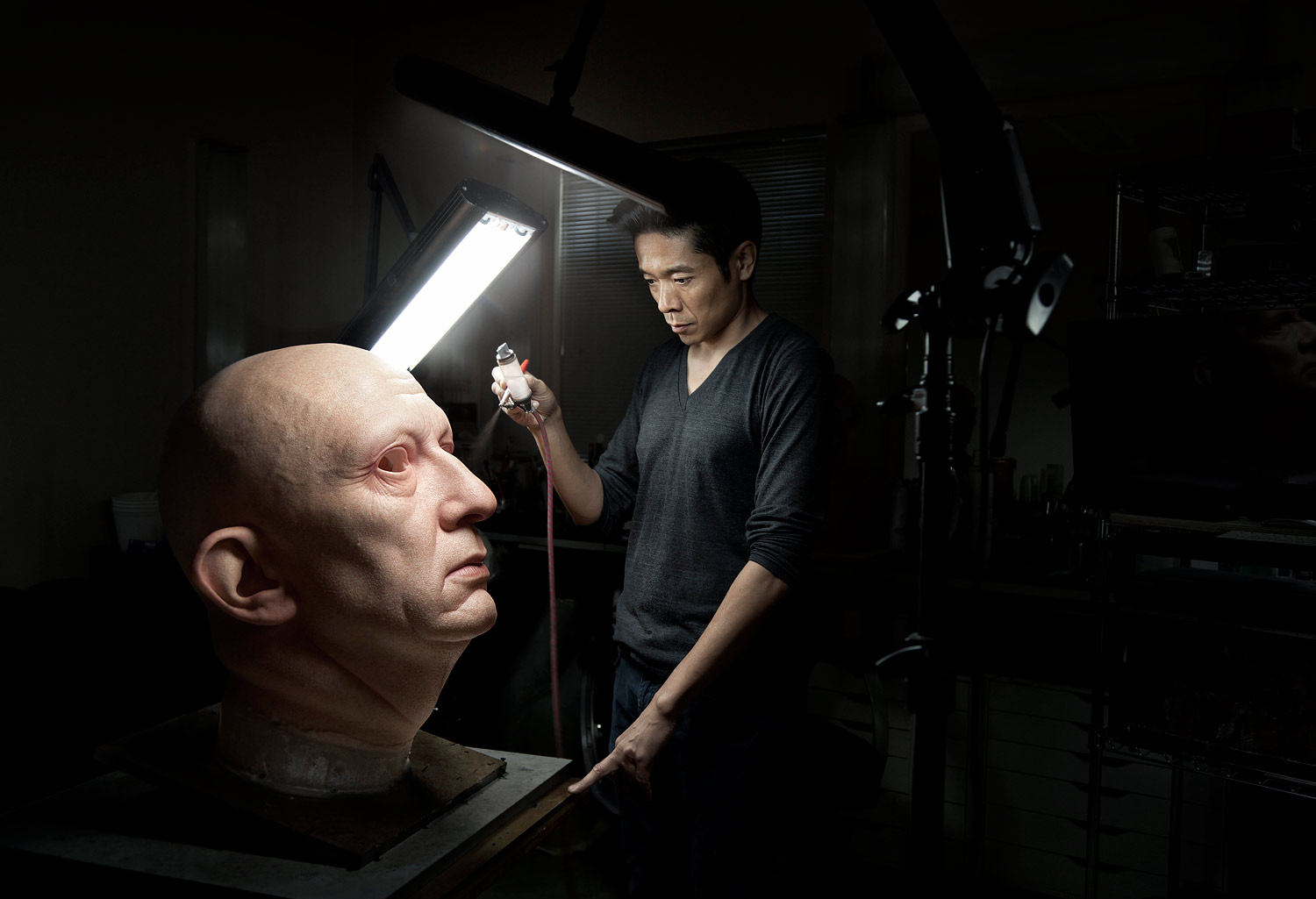 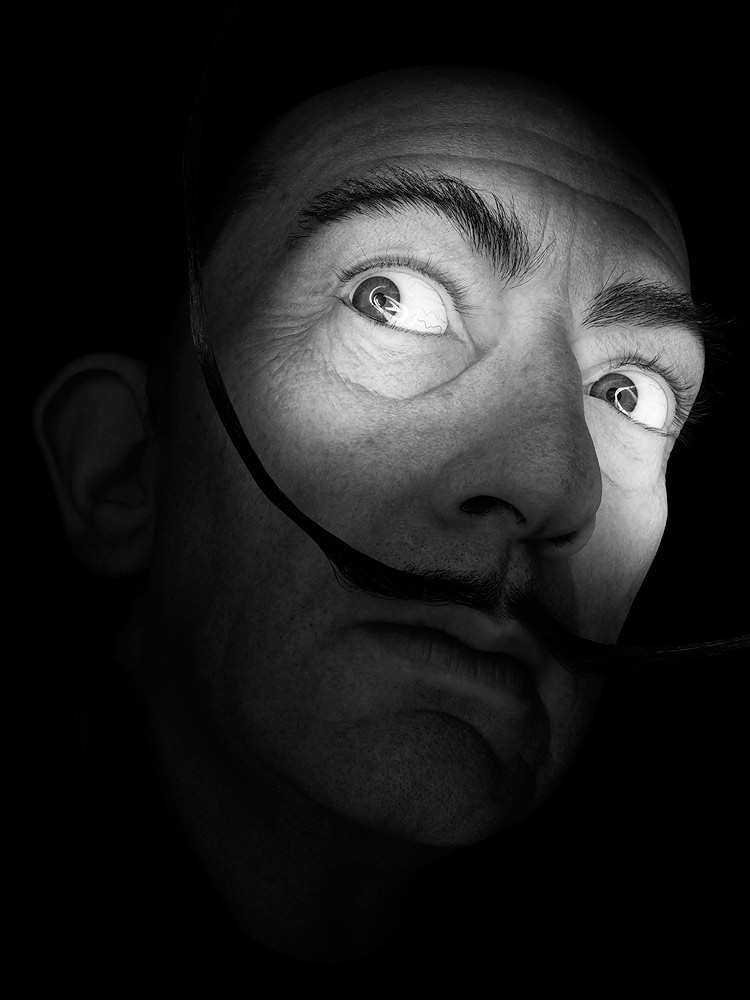 One of the most gratifying aspects of being both an artist and a writer is connecting creative people together. I was sitting at my favorite cafe, probably writing something like this, when Oskar, my furry ball and chain started yanking the leash which I had attached to my ankle. Delighted foreign voices emanated from a young Swiss couple who had taken an interest in my pooch. This was my introduction to Sandro Baebler the photographer and his girlfriend and assistant Anja.

Sandro uses selective lighting techniques to capture crisp dramatic detail in his black and white portraits. During a studio visit, he relayed to me interests in doing an experimental shoot with figurative sculpture as a non-moving subject. I told Sandro about the hyperrealistic sculptures by LA-based Japanese artist Kazu Tsuji. Sandro was floored by Kazu’s website - these would be perfect for his project. Serendipitously, I was soon headed to LA for the opening of the 20 years under the Influence of Juxtapoz at the Los Angeles Municipal Art Gallery (LAMAG). I made a quick call to Kazu and confirmed he had time and was comfortable with the idea. Sandro and Anja were invited. We arrived on the same evening and met up near LAX.

The next day we drove to LAMAG, to photograph Kazu’s sculptures on display there, the new Dali piece and a Warhol. For four hours, Anja and Sandro seamlessly worked together. They lit the sculptures with a small hand held flashlight and captured images with long exposure. It was beautiful to watch their process, dancelike, back and forth between sculpture, camera, and computer. The results were fantastic. It’s amazing to think a transcontinental collaborative effort was born after just one week of gestation, all thanks to a cute pup. —David Molesky

Kazu was featured in the January, 2015 issue of Juxtapoz Magazine, available here.