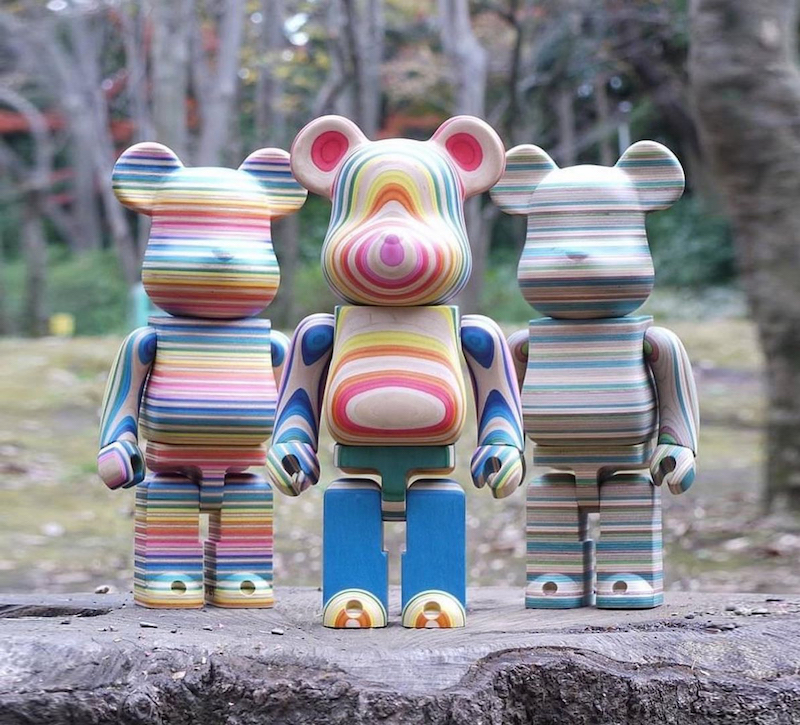 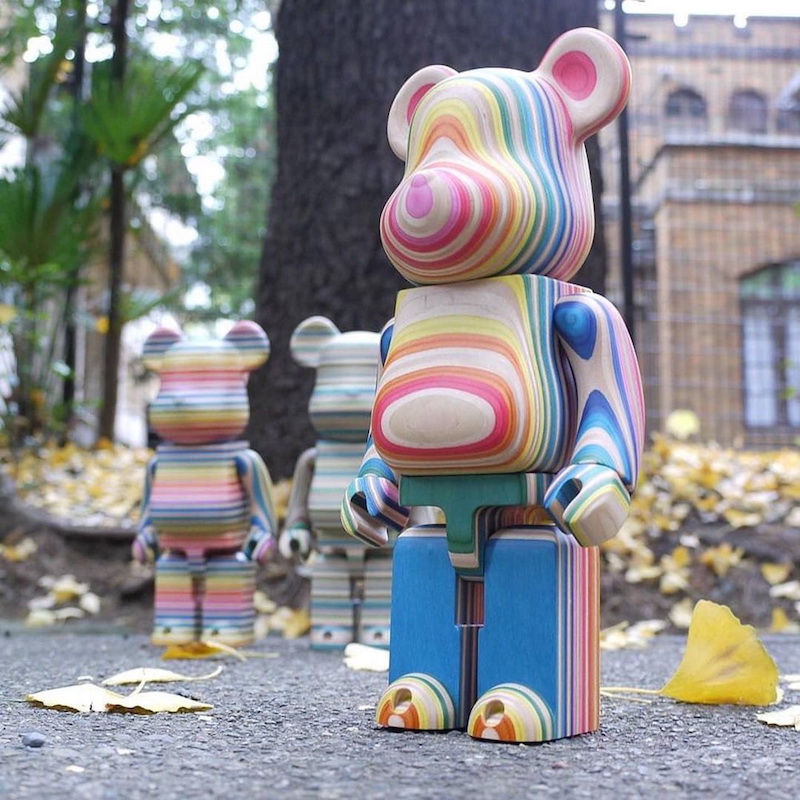 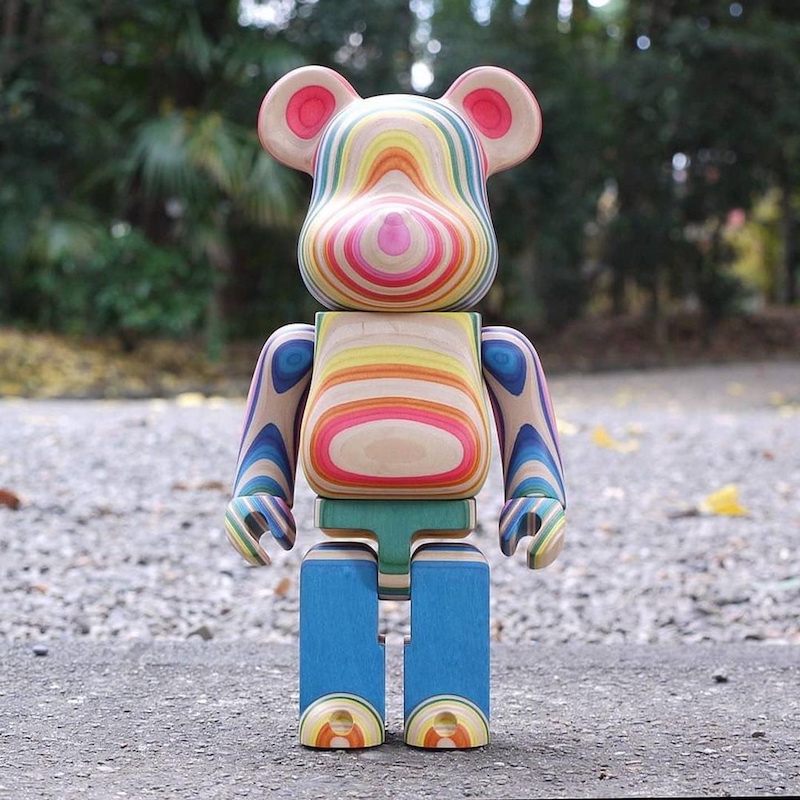 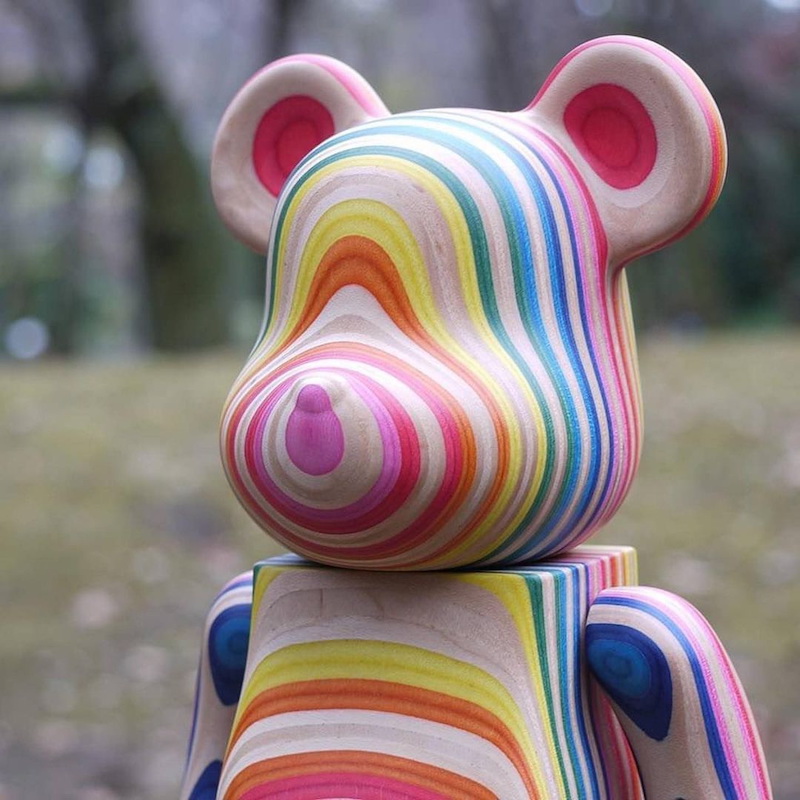 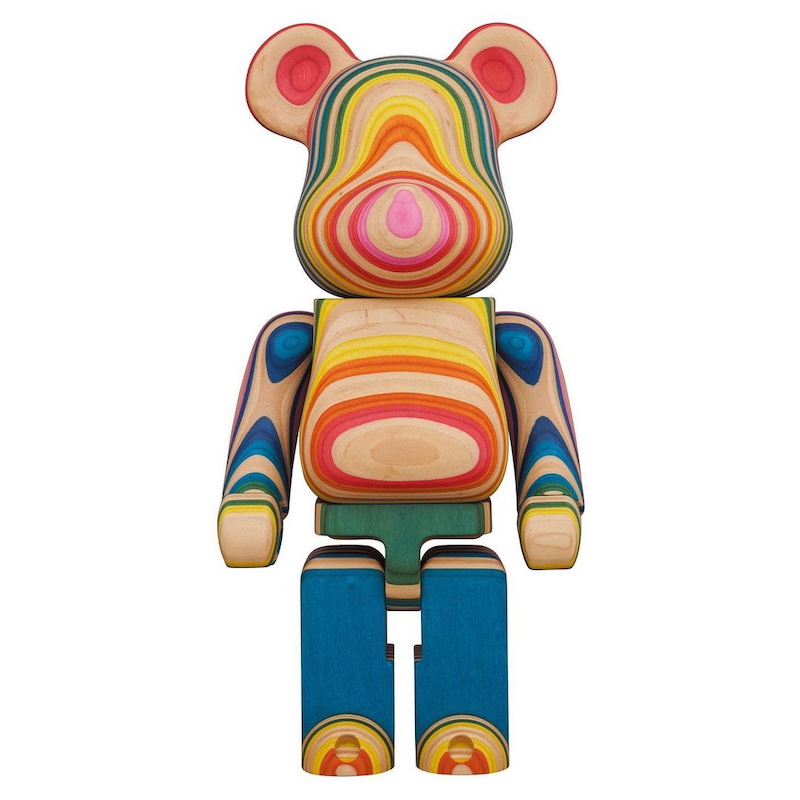 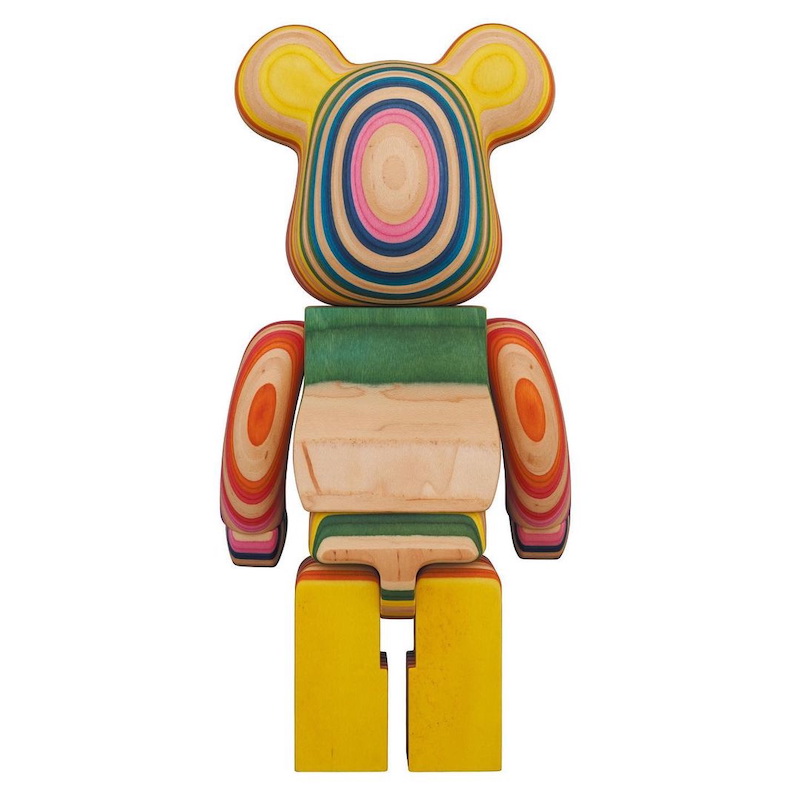 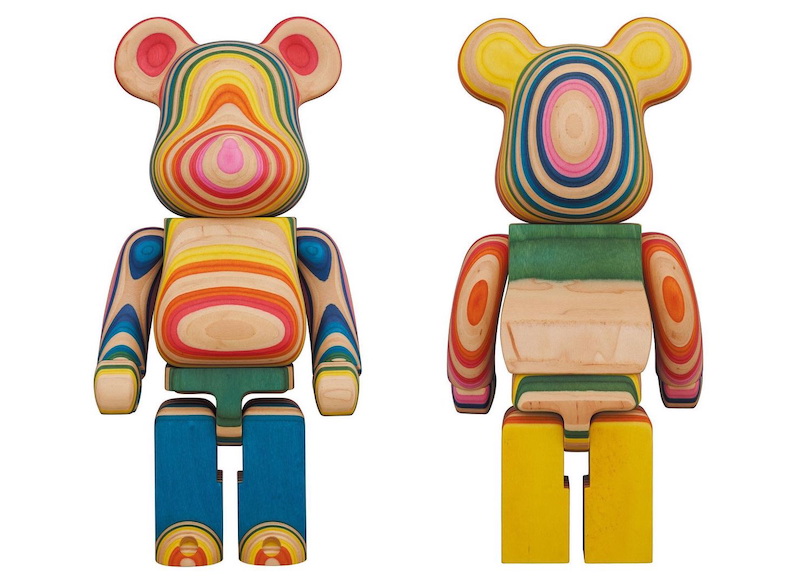 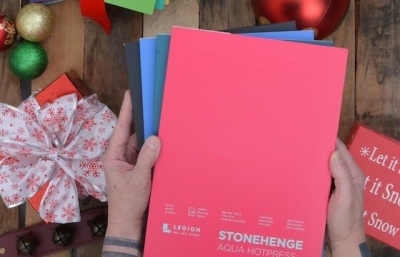 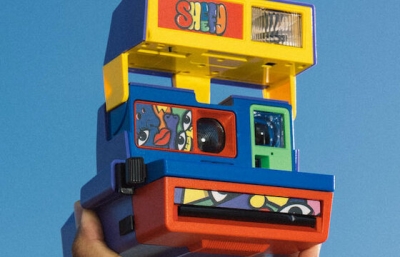 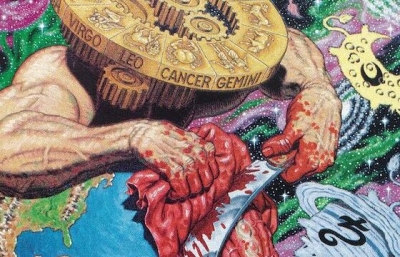 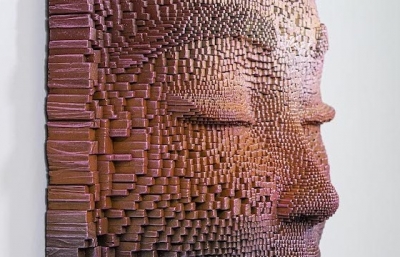 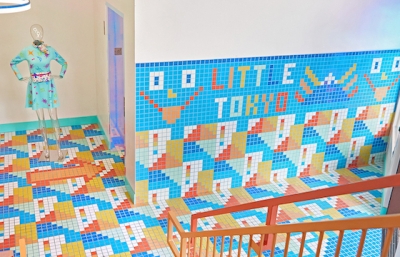 As we're done giving and receiving all the Christmas presents, our greedy minds drift towards Japan where Medicom recently announced the release of Haroshi's newest [email protected] 400% figure as part of their Medicom Toy Exhibition in Virtual. Once again produced in collaboration with leading Japanese furniture manufacturer Karimoku, this release is following the original version released one year ago, as well as the more limited version produced entirely from reused skateboard decks and which was released in Aug 2020.

Through his innovative practice Haroshi has been producing work from discarded skateboard decks which are compressed into a solid material from which he sculpts his work. Over time, he developed a technique to use the colorful layers of maple wood to seemingly "paint" on the surface of his pieces, allowing them to flow with the forms of his work. This approach is fully utilized in his Guzo series, which he has been tirelessly working for the past couple of years. Unlike the original [email protected] x Haroshi "Karimoku 400%" in which the horizontal lines simply create the familiar linear pattern (much like his earlier work), the veneer lines on the Vertical are now oriented vertically, complementing the familiar shape of the [email protected], and and allowing for more colorful take on the iconic figure.

Sadly for everyone living out of Japan these beauties will be available for the local buyers only as the raffle winners need to come to Osaka 2G to collect their figure. The rafle submissions are accepted online between December 26th and January 9th, 2021, via http://www.medicomtoy.tv/blog/ and the fresh [email protected] x Haroshi Karimoku Vertical 400% will be available from pickup in person only at 2G Osaka between January 28th and February 8th, 2021. —Sasha Bogojev