Our friends at Muddguts are set to open a new solo show, Manlbdro, featuring all new works by past Juxtapoz-featured artist, Judith Supine. The exhibition, which will take place at 247 Graham Avenue in Brooklyn, will open to the public on the 26th of July 2019 from 6—9pm.

Throughout the Cowboy series, Supine uses one of the most iconic and impactful brand images of the past century: Marlboro Man advertisements from the 1960s and 1970s that symbolize a heroic desire for adventures of the unknown, valor and daring independence. Supine breaks the barrier of gender norms and social constructs by twisting the archetypal narrative and cultural context of the connotations likely associated with the cowboy and interjects his own personal associations with gender and sexuality. Re-writing the age-old narrative to include one where balance, nurture, environment and intimacy are at the forefront of inclusivity.

The Cowboy series is a continuation of the artist’s pursuit of placing art between the worlds of abstraction and representation. 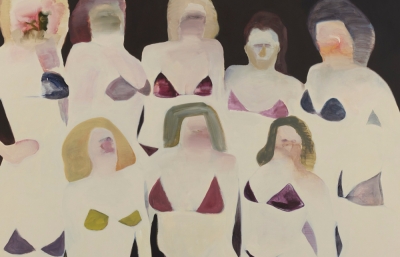