Made In Hollywood: All Access with The Go-Go’s by Gina Shock

“They had the beat, and that’s what I desperately wanted.” Gleefully grateful words from Jodie Foster who had tirelessly toiled as a child actor and was invited to relax and hang out with the fun girls. Made in Hollywood is a memoir chock-full of personal photographs and anecdotes from The Go-Go’s drummer, Gina Shock. Sure, there’s a little fraught friendship drama and requisite dabbling in drugs, but this is a story with happy pictures and a happy ending. Following Shock’s first concerts, Led Zeppelin and Black Sabbath, she bought an Instamatic (followed by a 35 millimeter camera) and snapped away at events where she was spectator and player, “The music was speaking to my soul, and finally the images in front of the lens were being recorded.” 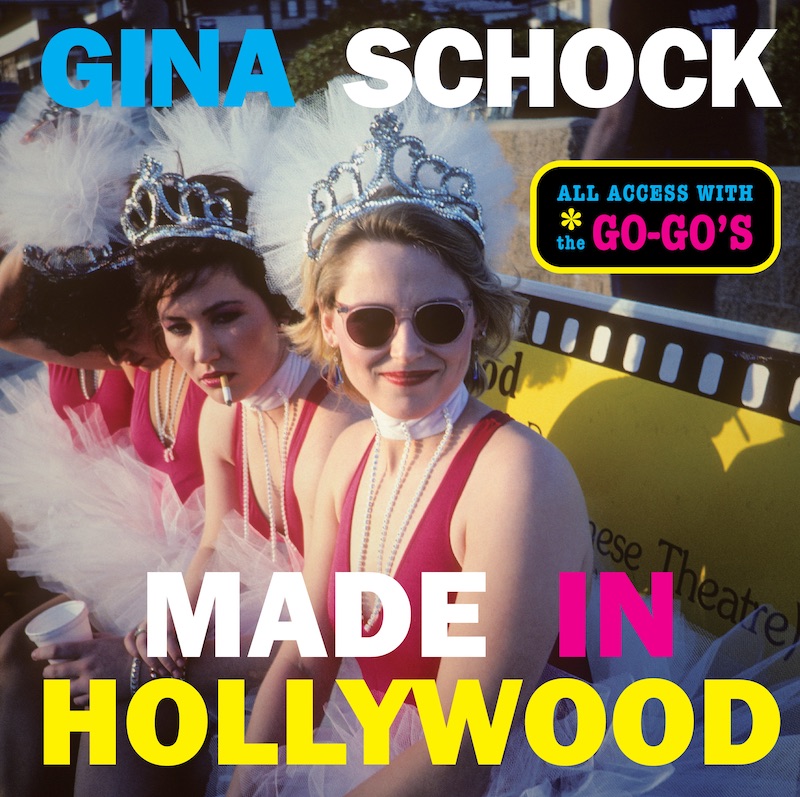 Chatty reminiscences, told in straightforward Debbie Harry style, mingle with memories from Pee-wee Herman (fans pelting him with hot dogs when he opened for the group) and band-mate Charlotte Caffey, who remembers that they learned from a producer to “slow down tempo and let melodies breath.” Candids of an adorable maybe-in-his twenties John Waters, Dolly Parton in a satin black jumpsuit, a sweet faced Charlie Watts and others cavort on the pages of this scrapbook chronicle of the Go-Go’s, as they open for Bowie and become the first female rock band to play the Hollywood Bowl. The photo captions are a revelatory blast and the handwritten calendar with venue and hotels (HOJO!) are among the special moments. —Gwynned Vitello