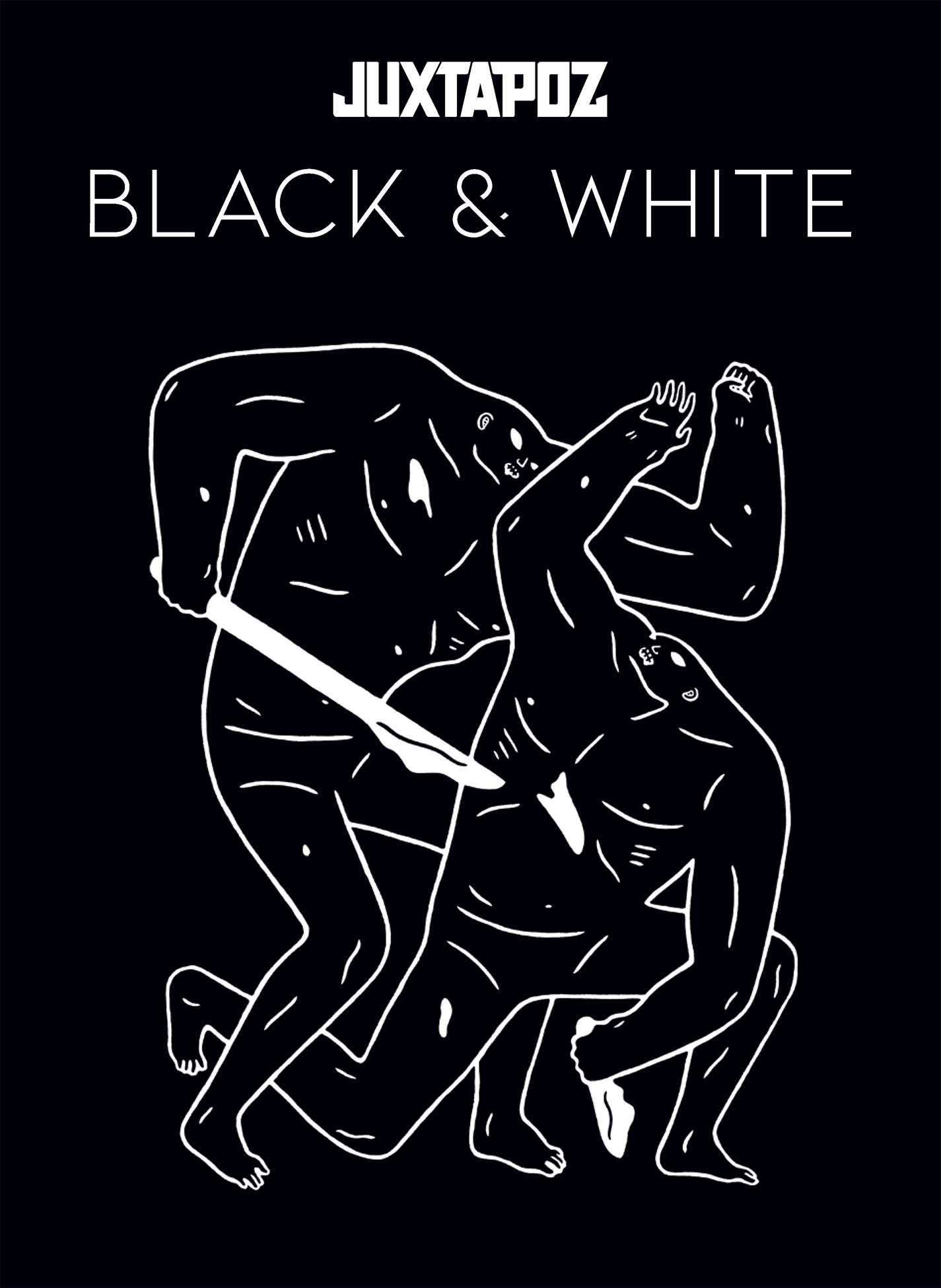 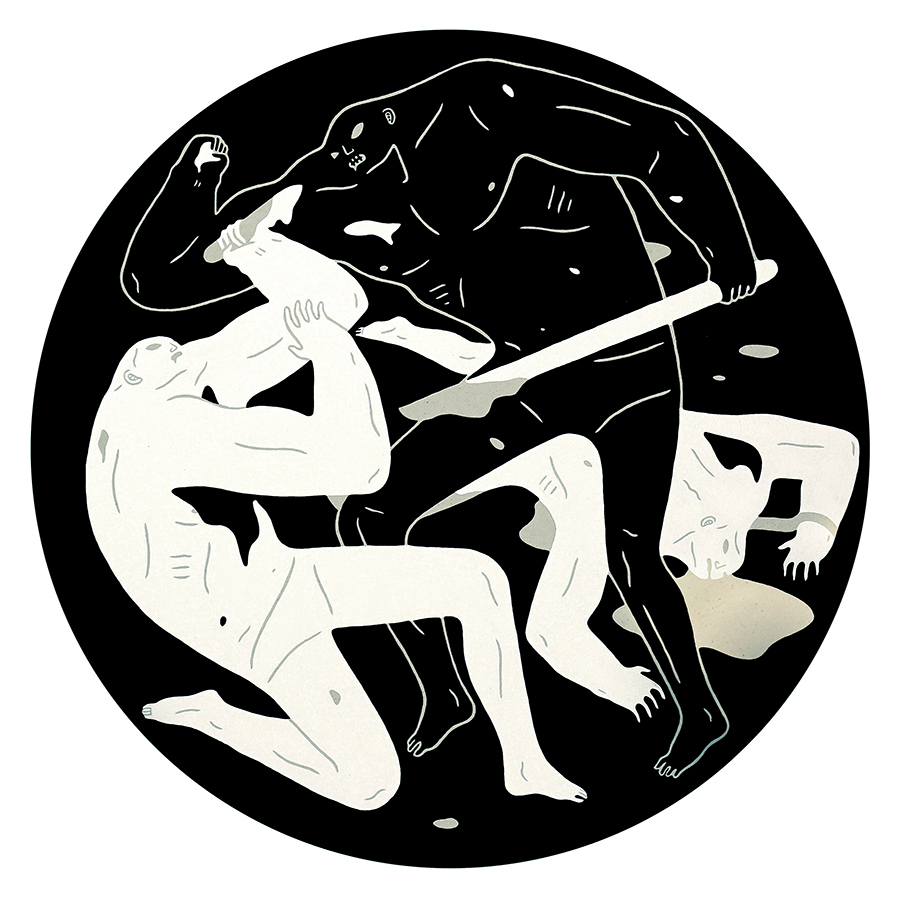 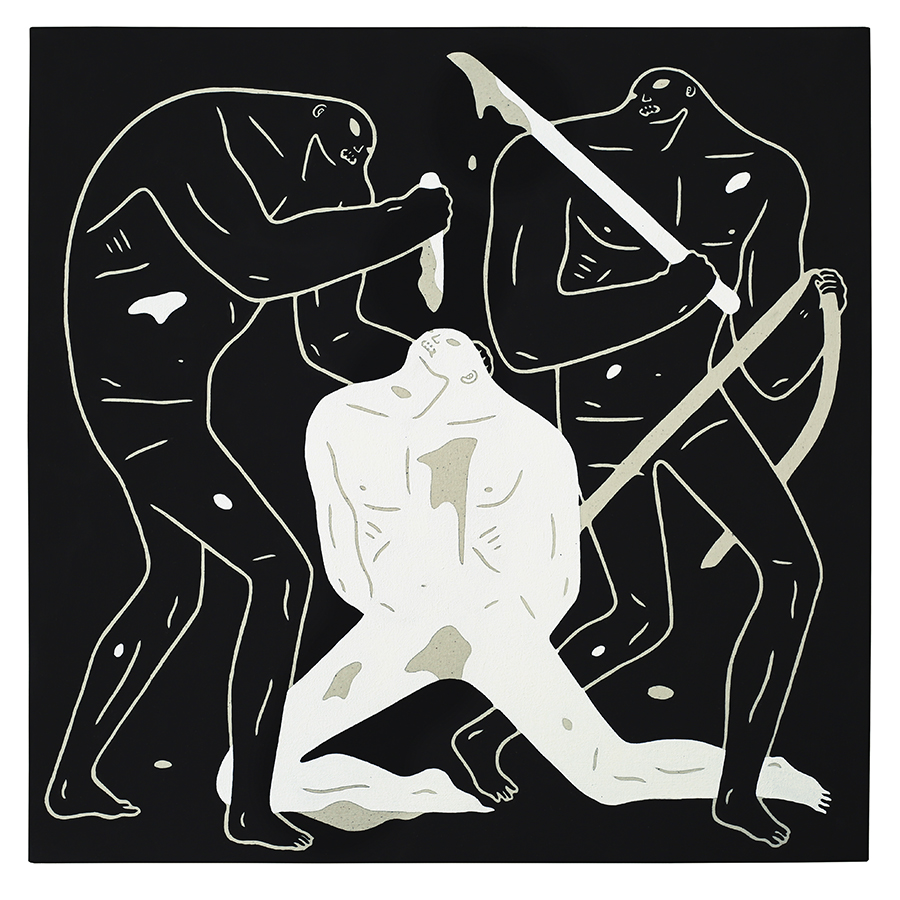 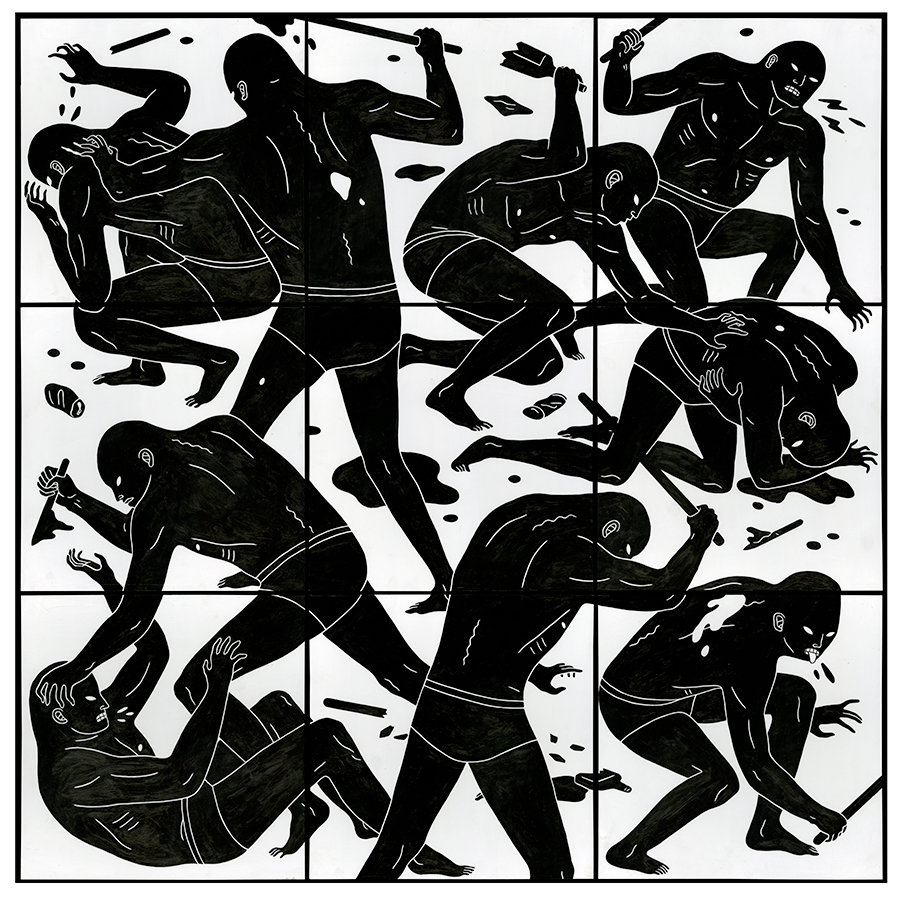 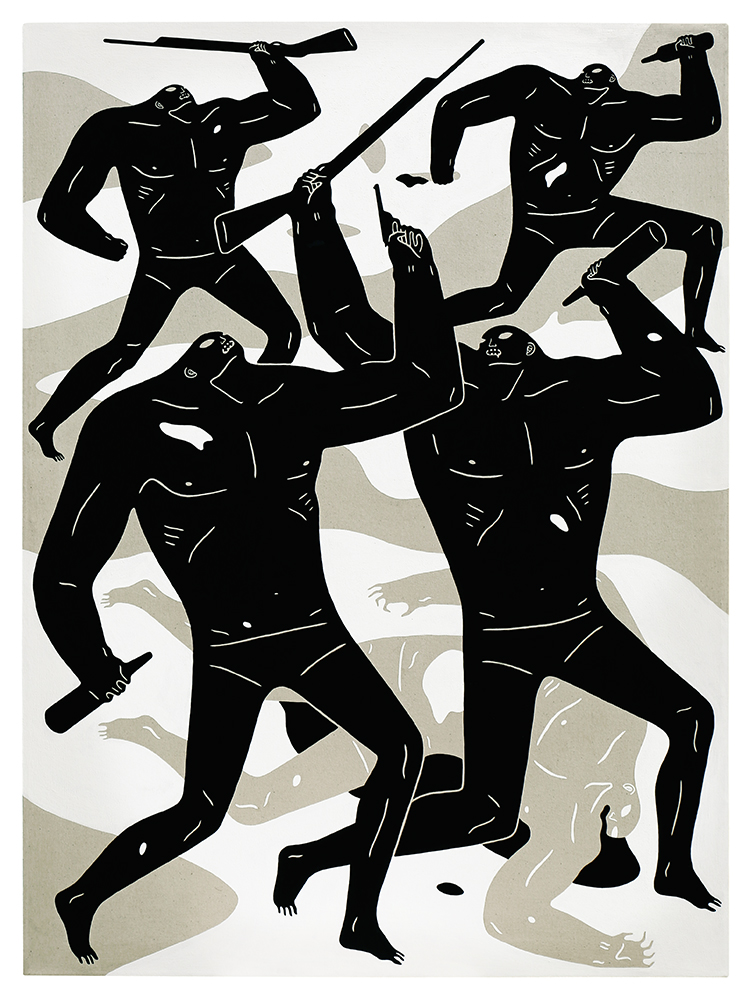 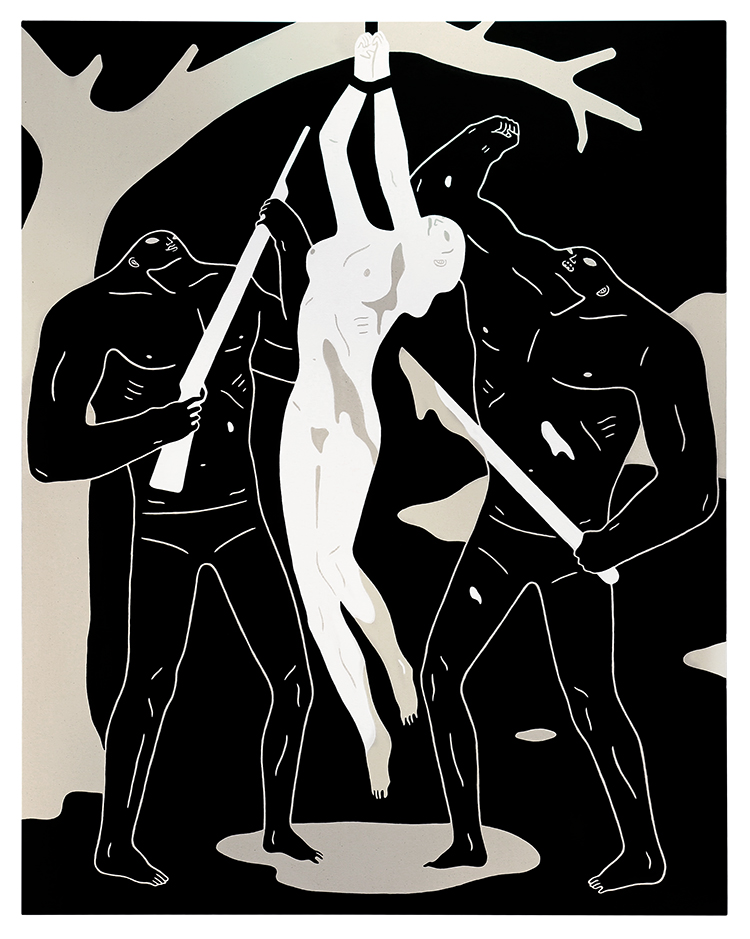 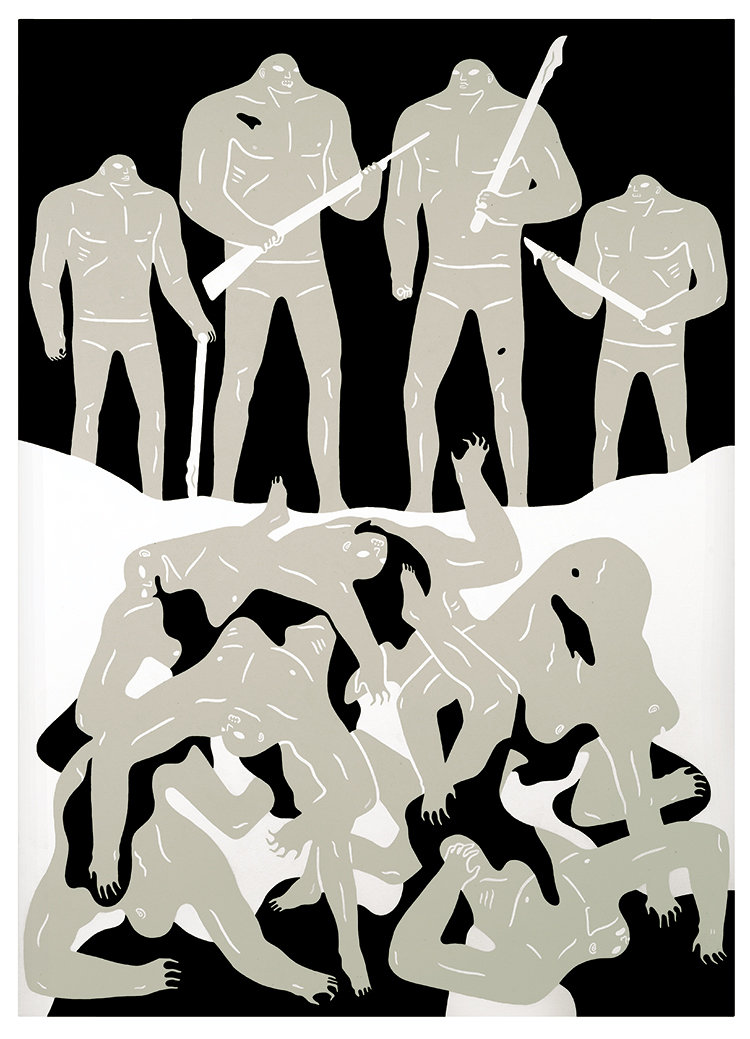 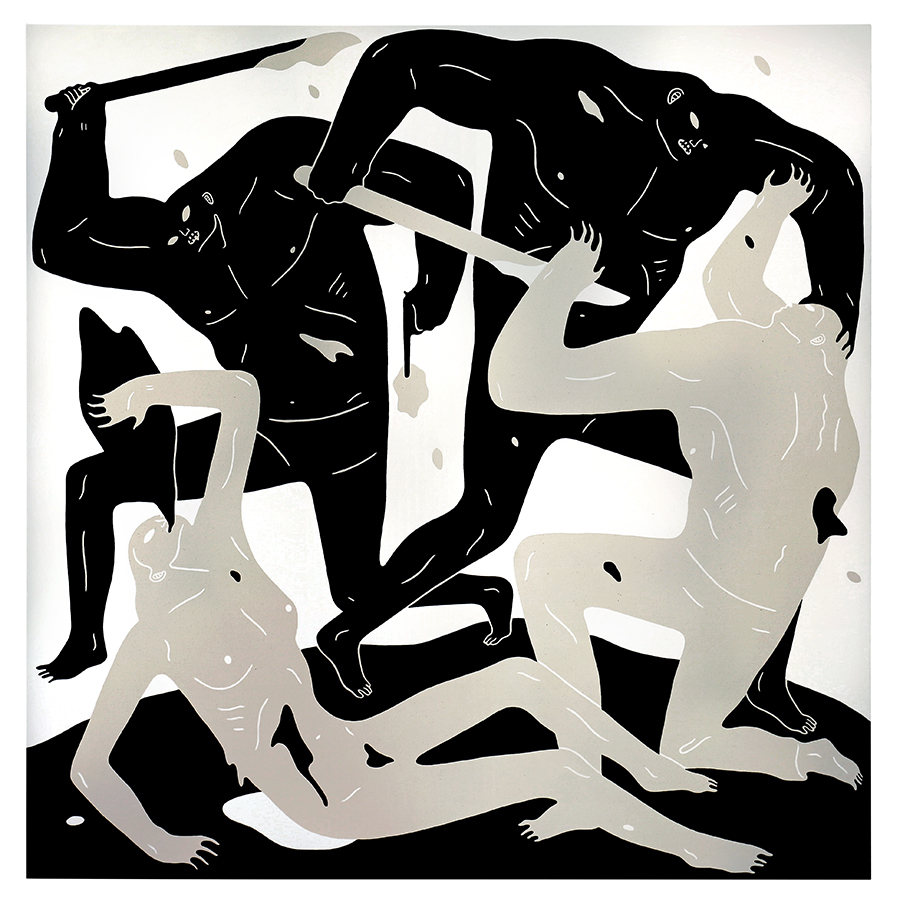 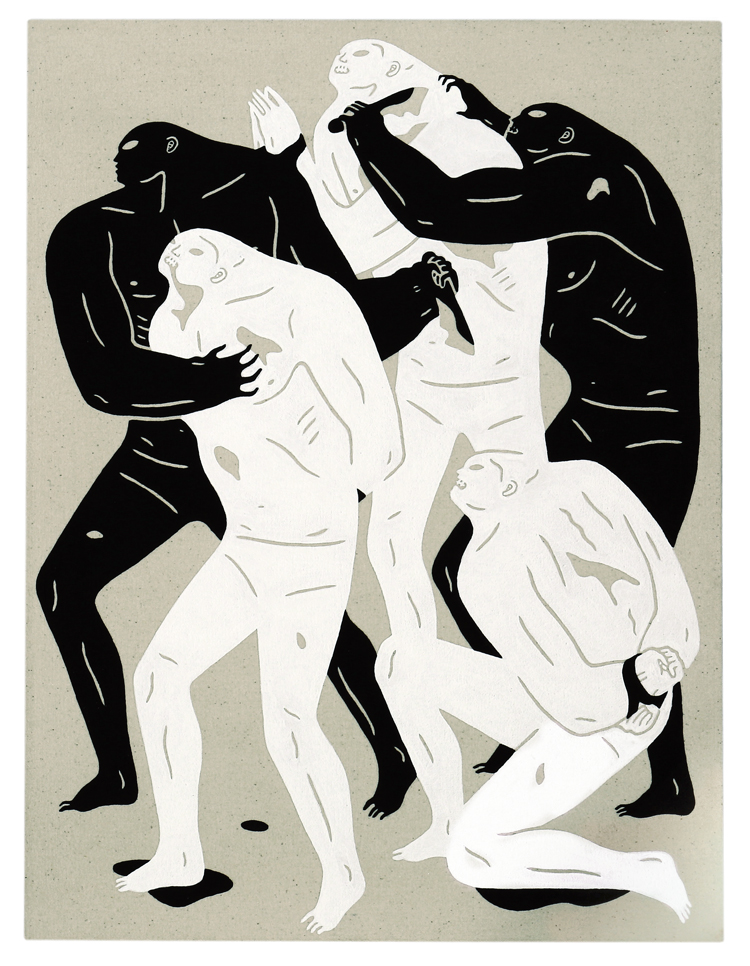 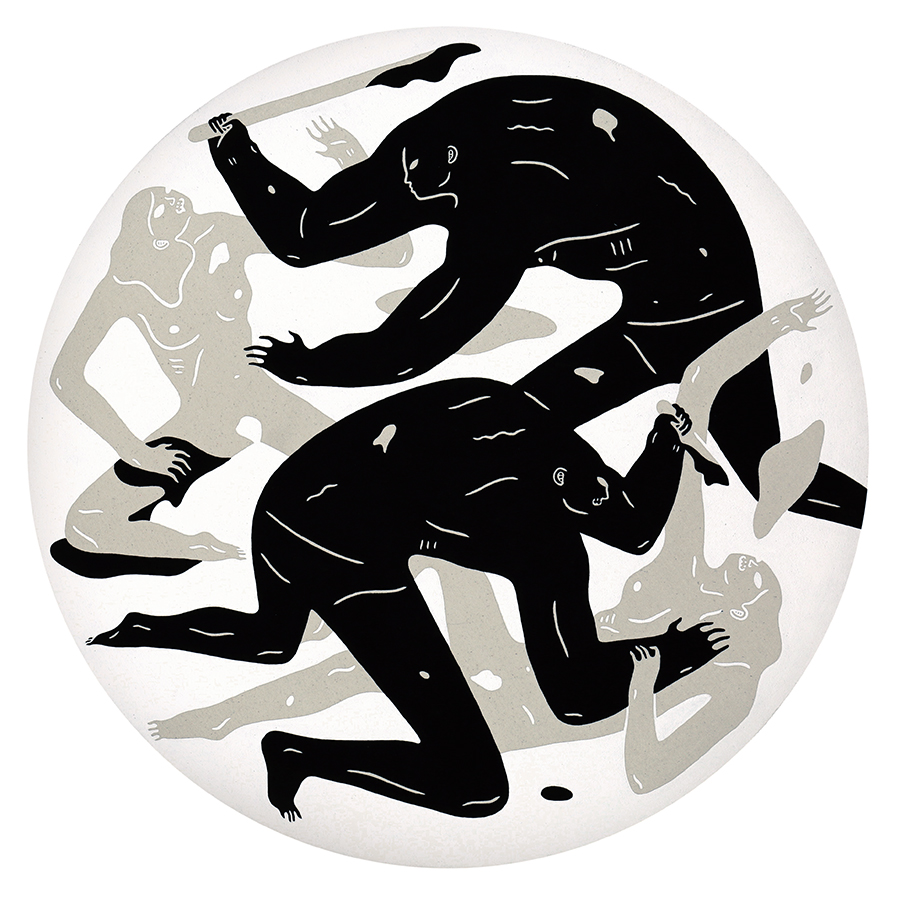 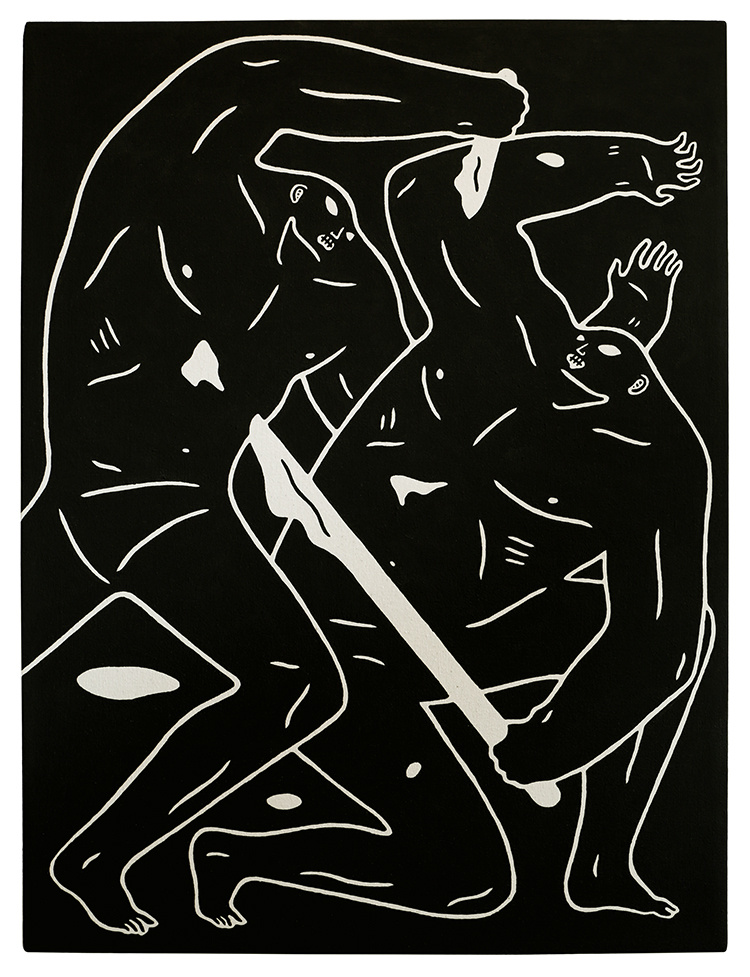 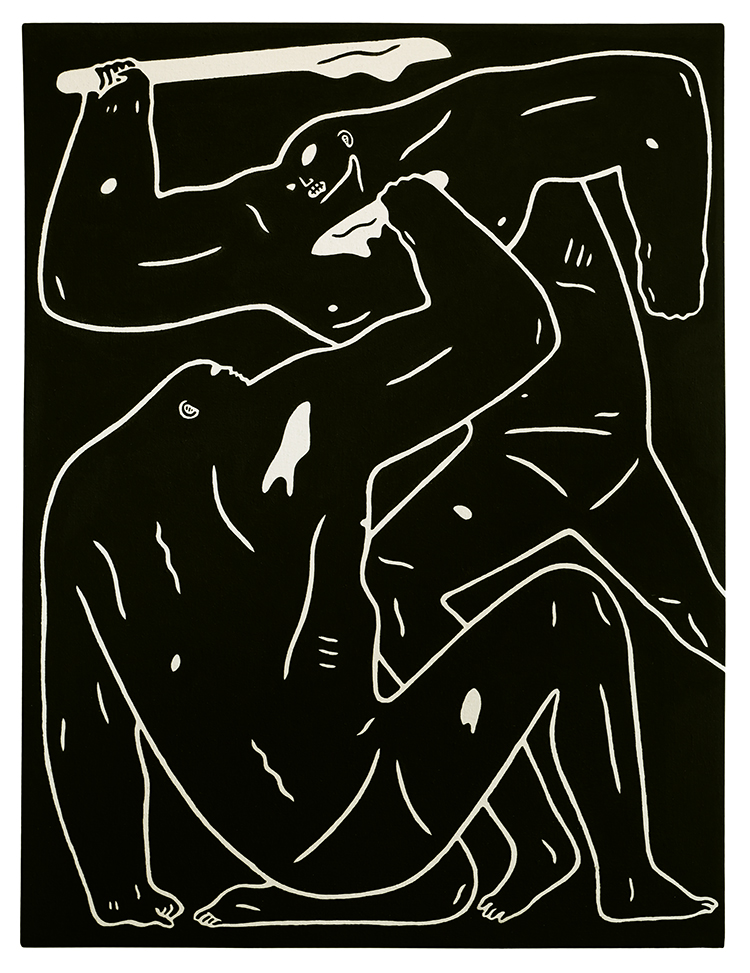 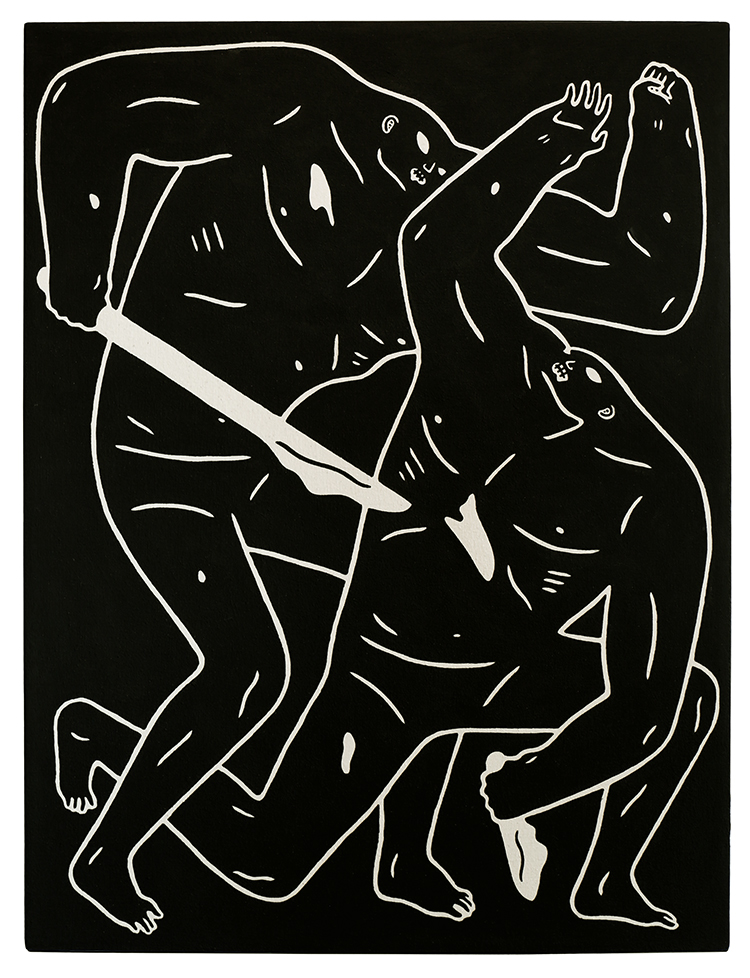 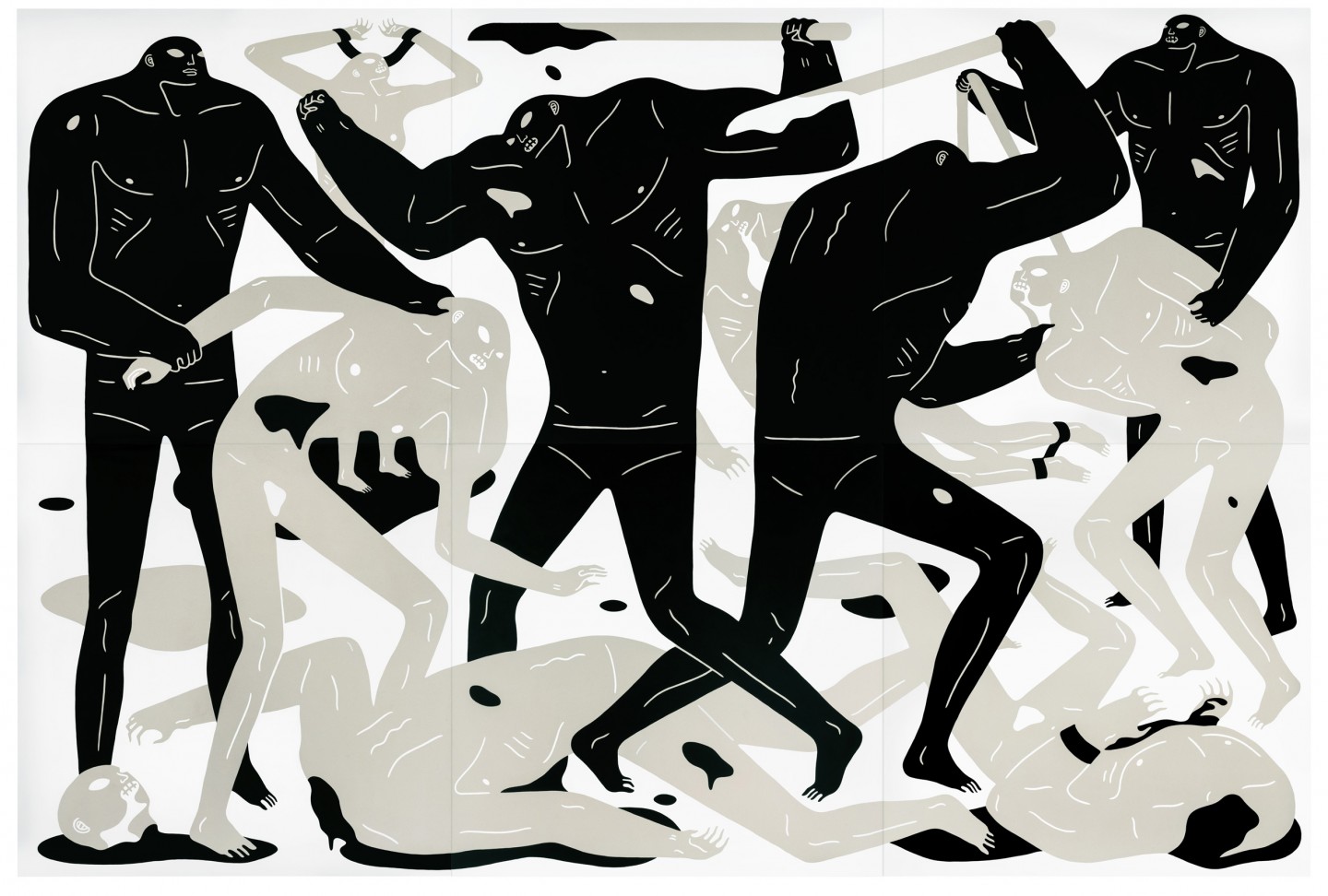 Have you noticed that we're excited about the summer release of Juxtapoz Black and White, the newest release in our ongoing series with Gingko Press? 28 contemporary artists who either work primarily in black and white or have created long-lasting projects in the spectrum, such as David Shrigley, Shantell Martin, Geoff McFetridge and Katy Ann Gilmore. This past week we have shown you works from Aakash Nihalani and Mrzyk & Moriceau, and today we look at the book's cover artist, and embodiment of contemporary black and white works, Cleon Peterson.

The Los Angeles-based painter has become famous for his paintings of dramatic battle and political turmoil, as well as grand sculptures that bring such visions to mighty scale. Cleon has adhered to a certain color palette over the years: black, white and, often, a rich blood red, but we obviously chose to focus on the black and white work, which adamantly continue his world observations but provide powerful context.

"Color, in a way, confuses and muddles things, and I see color as emotional play or useless frill," Cleon told us. "Twenty years ago, I remember a close friend telling me that I see the world in complete black-and-white terms. Maybe, at the root of everything, my aesthetic is an extension of my personality. Not in a corny, “I wear black on the outside because that's how I feel on the inside” way, but more in terms of a one hundred percent commitment to judgment and decision within the present, which is all based on an emotional perspective. I don't know if this is healthy but it's definitely how I'm wired."

See a preview of our new book here.