You learn about writing from others that came before, whether you like it or not, and I learned to write from Joan Didion, who we learned passed away at the age of 87. She defined the artform for me, so to even call myself a writer next to her name is like hearing a casual saxophone player comparing their self to John Coltrane. There are levels here. If you told my 18-year old self that he would one day be a published writer, I would have told you Joan Didion was the starting point. If you lived in the west, Joan Didion could explain your existence in a way that few, if any, could ever do. She spoke of California, this cliff at the edge of the world, as an oasis, as a utopia, as a hell, as a mistake, as a glorious paradise, as an ellipses waiting for an ending thought or phrase. Like you would go to Disneyland for some sort of mythical explanation of what California dreaming was, you would then read Joan Didion and understand what the ocean, deserts, highways, suburbs, expansive skies, mountains and the overwhelming influx of people seeking a sense of fortune, fame or space were really contributing to the landscape. She was the authority on the language of California as it was, and is, taking shape. 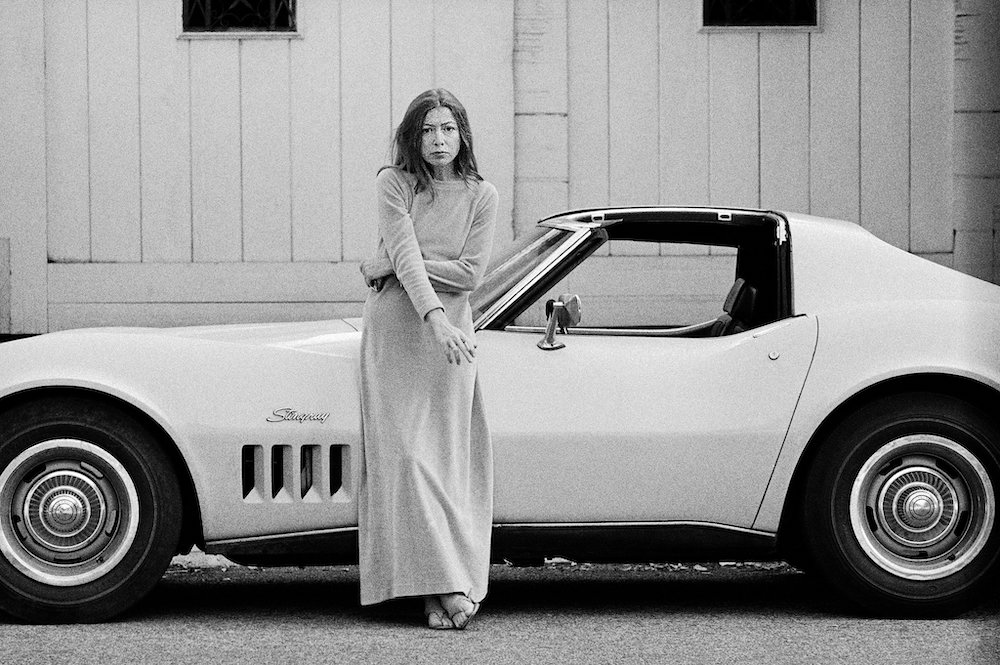 I was trying to find a quote from Didion’s work that would best exemplify why I loved her, why millions found her writing to be essential to their lives, and I just came to the simplest, most often words from her: “We tell ourselves stories in order to live.” It really is that uncomplicated, and her life’s work was telling stories, whether they were essays, autobiographical or fiction. She told us the story of the world around us, and that originality, grace, imaginative realism, observational wit and brutal honesty is something we may never quite read again. —Evan Pricco