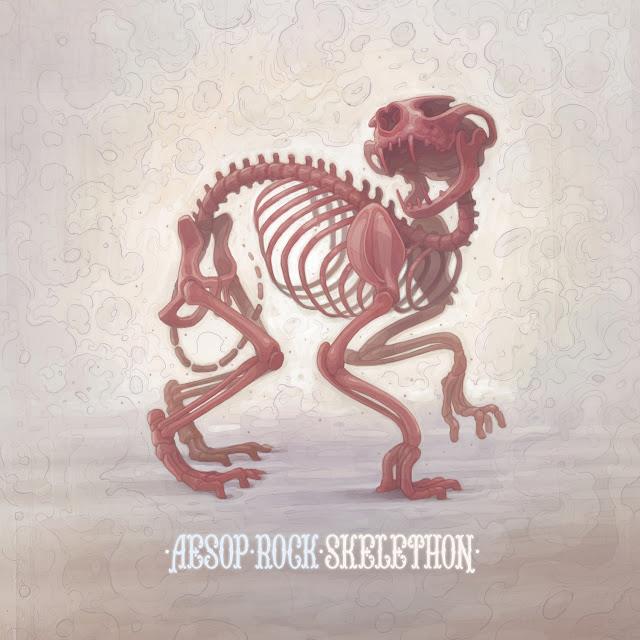 Our good friend, hip-hop artist and contributor to Juxtapoz, Aesop Rock, is set to release a new album, Skelethon, on July 10, 2012. For the occasion, he enlisted Spanish artist, ARYZ, to do the album's cover. You may remember, ARYZ was featured in our November 2011, Pushead Curated Issue.

And you also may remember, Aesop has interviewed both Tomer Hanuka (Jan 2008) and Jeremy Fish (December 2006) for Juxtapoz. Both cover stories. Aesop only comes out for covers.