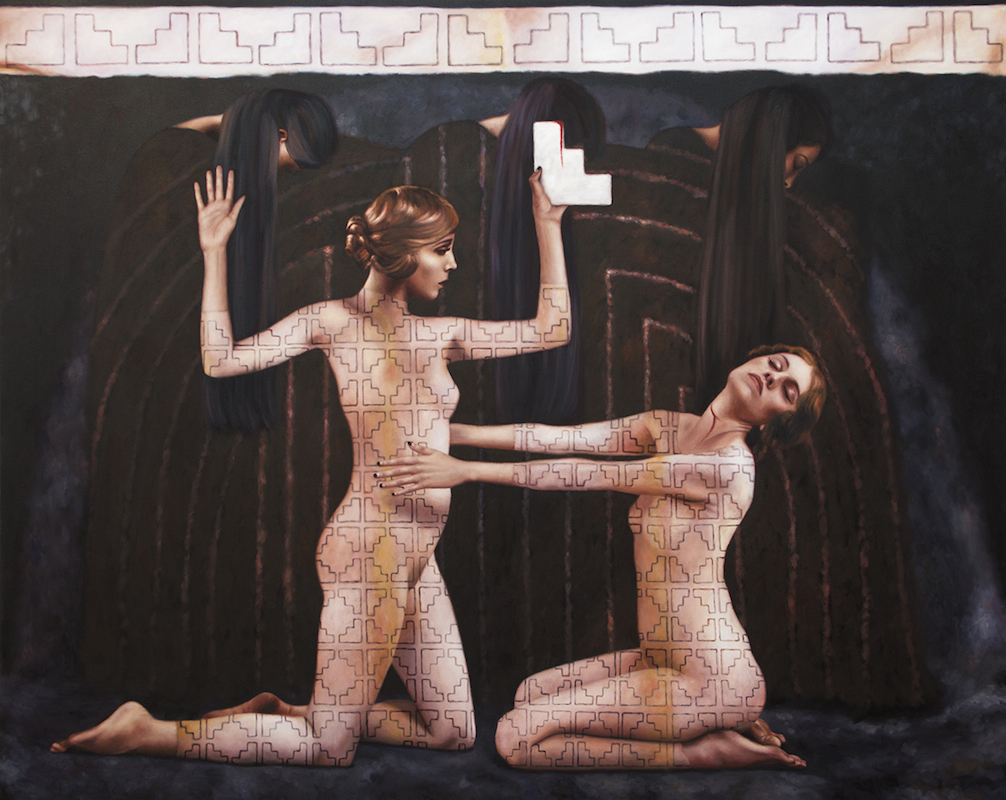 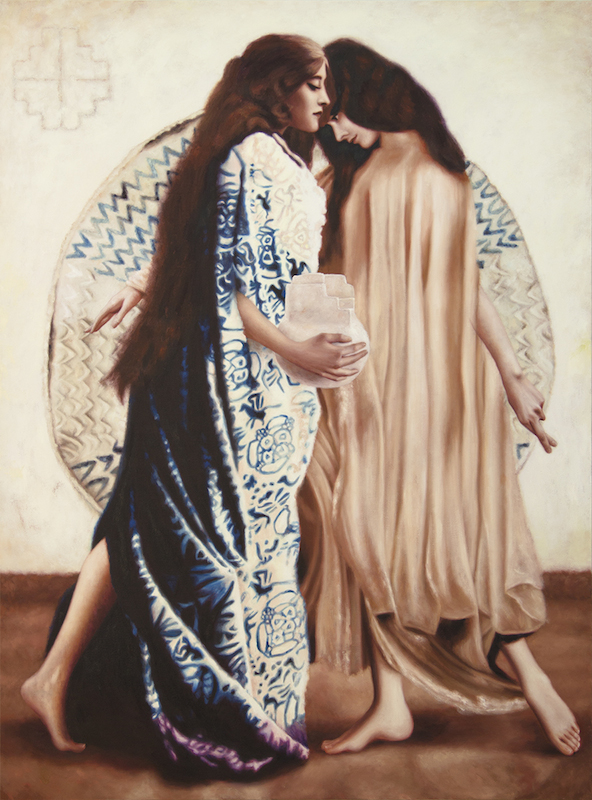 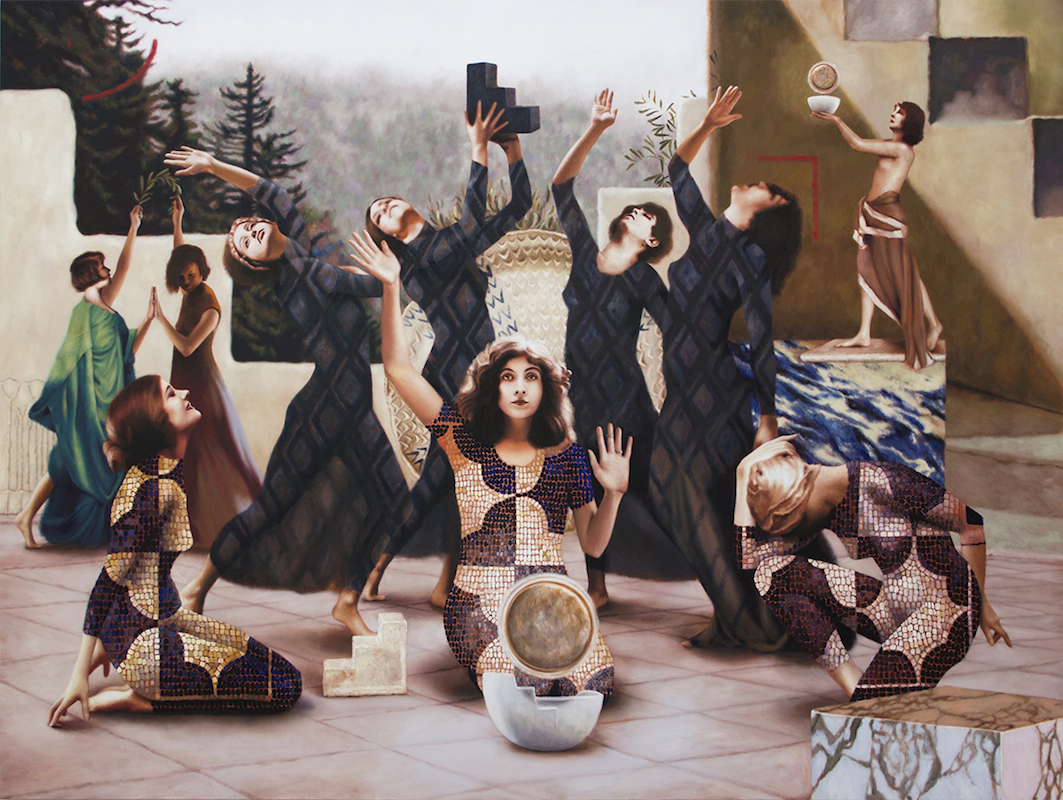 Alison Blickle concludes her trilogy with a new series of paintings, “History of Magic Part III… Uncrossing.” We interviewed Alison about this three-part tale of female warriors, sisterhood and empowerment in our March 2015 issue. Her new show is open for a month beginning April 23 at Kravets Wehby Gallery in New York.

Alison Blickle concludes her trilogy with a new series of paintings, “History of Magic Part III… Uncrossing.” We interviewed Alison about this three-part tale of female warriors, sisterhood and empowerment in our March 2015 issue. Her new show is open for a month beginning April 23 at Kravets Wehby Gallery in New York. Check out a sneak preview of the show here and read an excerpt from her conversation with Juxtapoz contributing editor, Kristin Farr.

Kristin Farr: Did you grow up in a very feminine household? There are some strong sisterhood vibes in your work.

Alison Blickle: I love it that you asked this question! I grew up in a very feminine household—with my mom and two younger sisters. I think sisterhood is so important, even to women who don’t have biological sisters. Women can support each other in different ways than men can. I think our culture sets women against each other in many ways, and this is so destructive. In my work, women are often helping one another come into their power, or are in ritual with each other. Sometimes they are fighting, but even then there is an underlying love, an embrace to it.

Are you into religious paintings? You have your own mythology.

I like some religious paintings. I’m obsessed with William Blake’s paintings. If you haven’t seen them, look him up! Obviously the Renaissance painters are amazing, but I also love the stiffness and strangeness of earlier artists like Fra Angelico and Piero Della Francesca.

There is a long history of painting mythological scenes and characters. The elements of myth seem to be in our DNA—symbols, story, archetypes, patterns. I believe that myths are such an important part of being human. They’re like guides for issues humans have been dealing with forever, and our culture is lacking in these guides. Movies are the closest thing we have to myths today, but they aren’t meant to serve the same function.

I’m interested in ways we can bring some new mythic energy into our culture. While certain aspects of ancient myths feel timeless and relevant to us today, they were ultimately for a different time. Can we create new myths? Who is going to write them? Try it!

Good idea! So, who is this alter ego in your paintings?

I used the idea of an alter ego in my paintings during grad school. I felt very anxious in grad school, very stressed out, and cut off from nature living in New York, with no time or money to leave town. My paintings became about these women running through the woods, completely free, confident and strong. It was sort of who I wished I could be at that time, but didn’t know how to be.

It’s interesting looking back on the time when I created that character. In a sense, I feel like I’ve become that woman I wanted to be. It was almost like setting an intention and then little by little, the pieces came together for it to happen.

I think exploring the character was necessary for me to become who I am now. It gave me a safe space to try on new ideas and new parts of my identity before committing to them. She gave me permission to explore those ideas. In the end, I don’t feel like I became a different person, more like I stripped away what wasn’t serving me to reveal who I have really been all along.