Spoon Frontman Britt Daniel on a Career of Album Covers 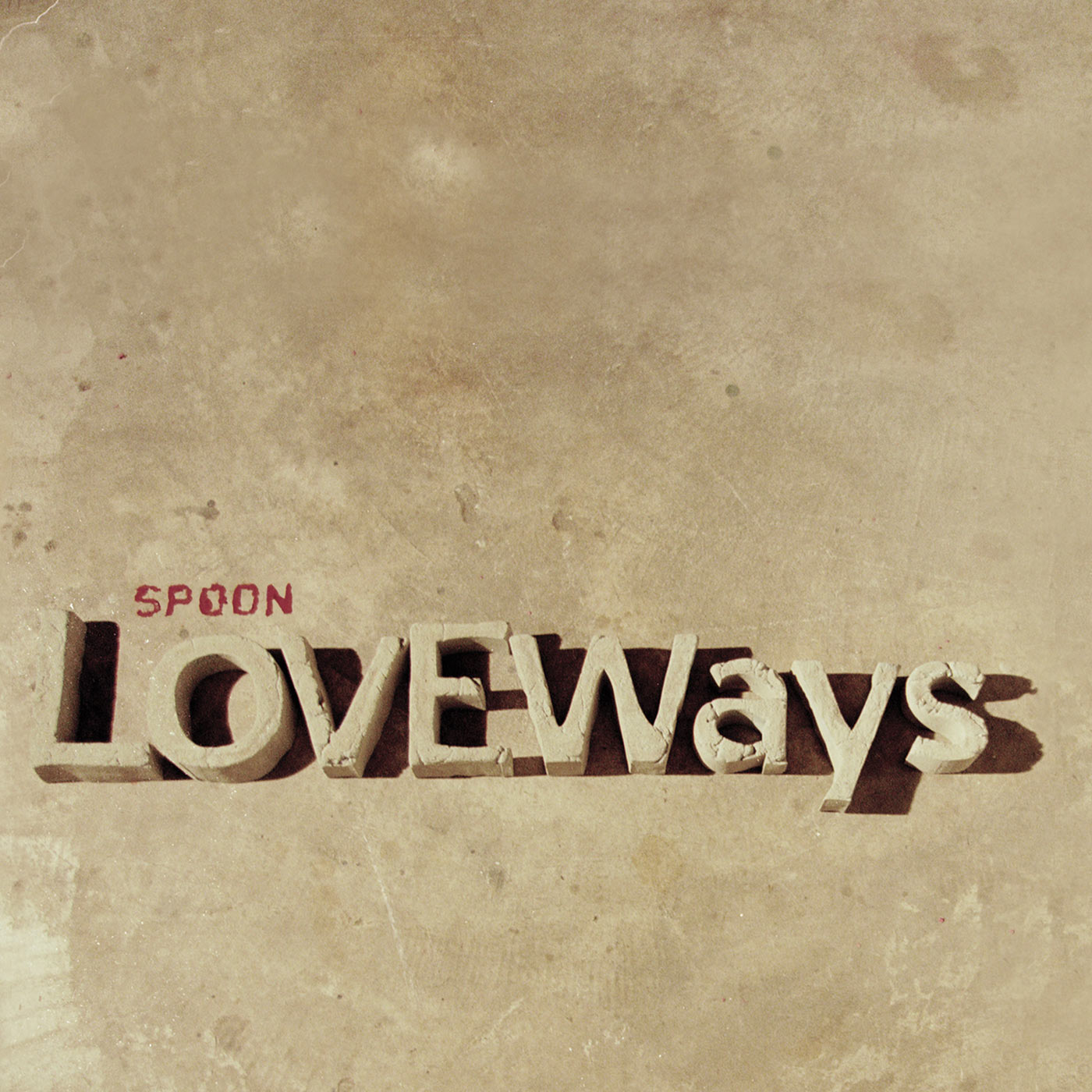 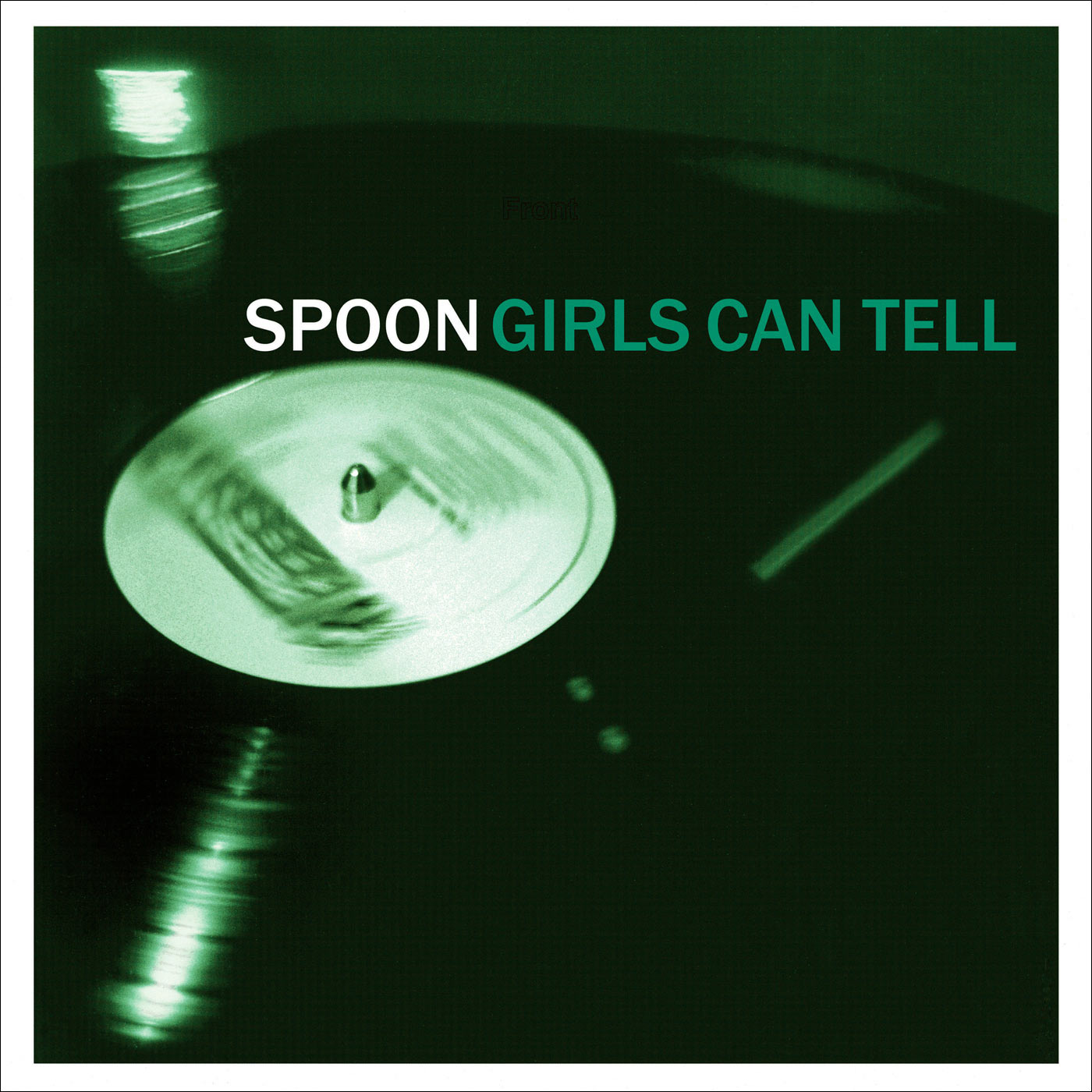 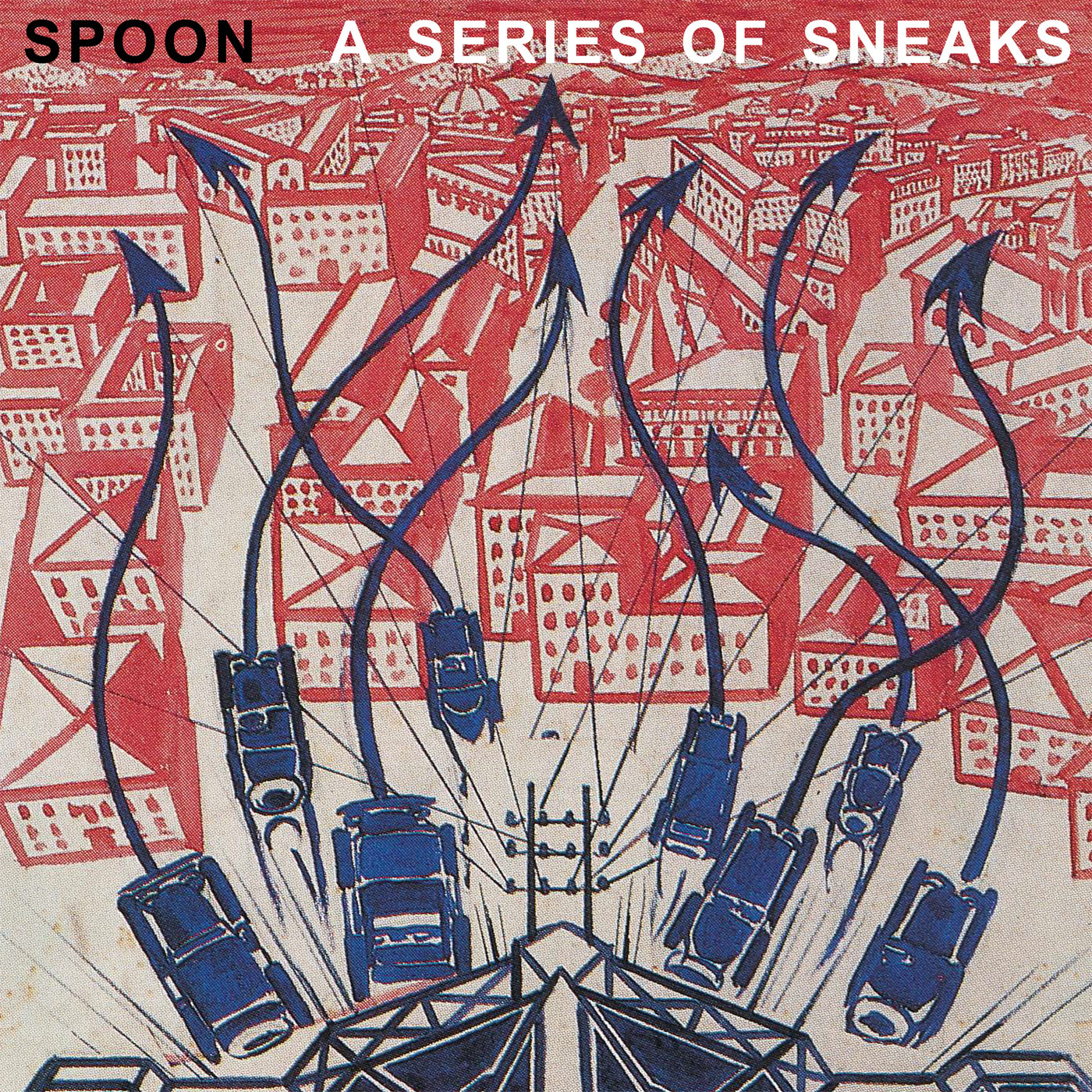 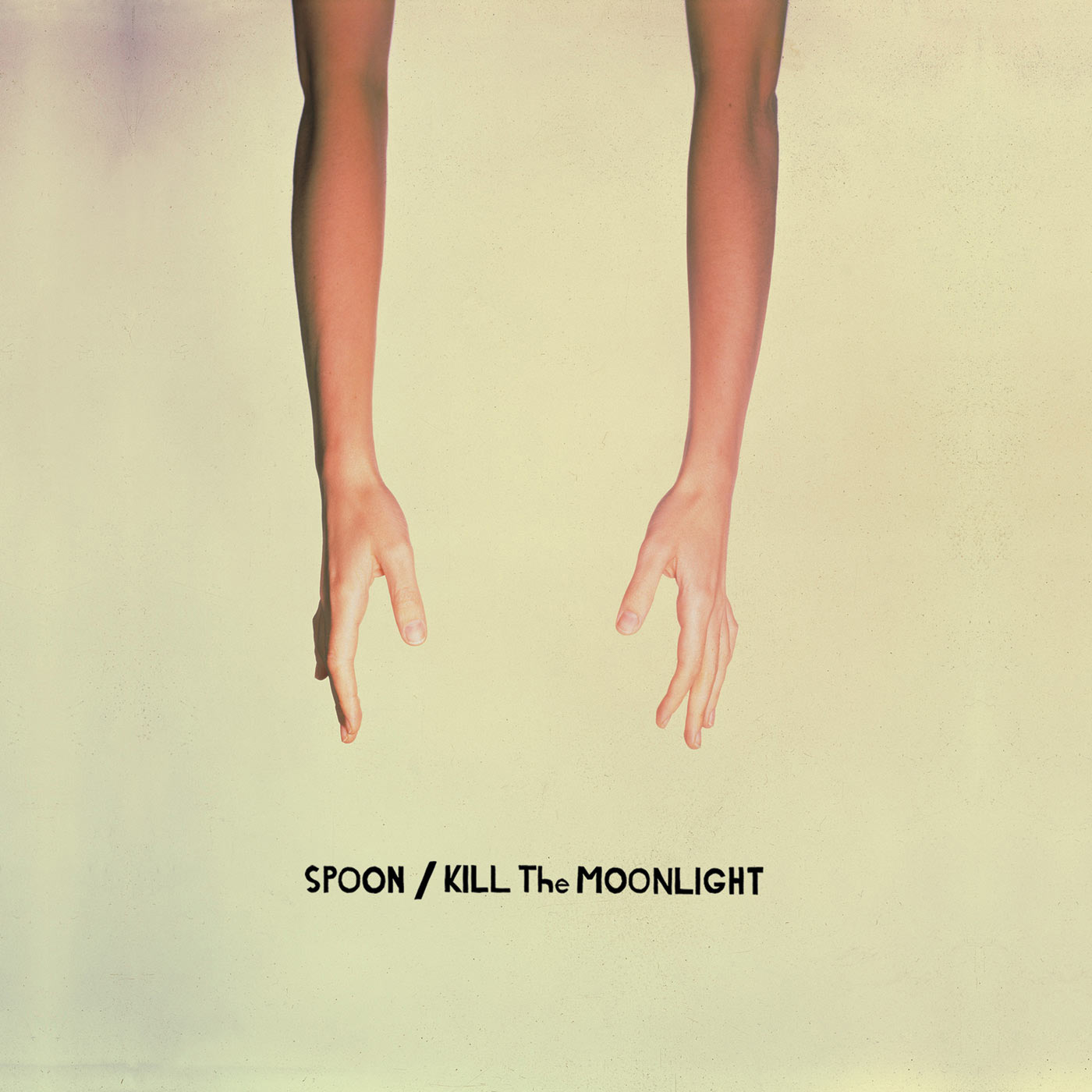 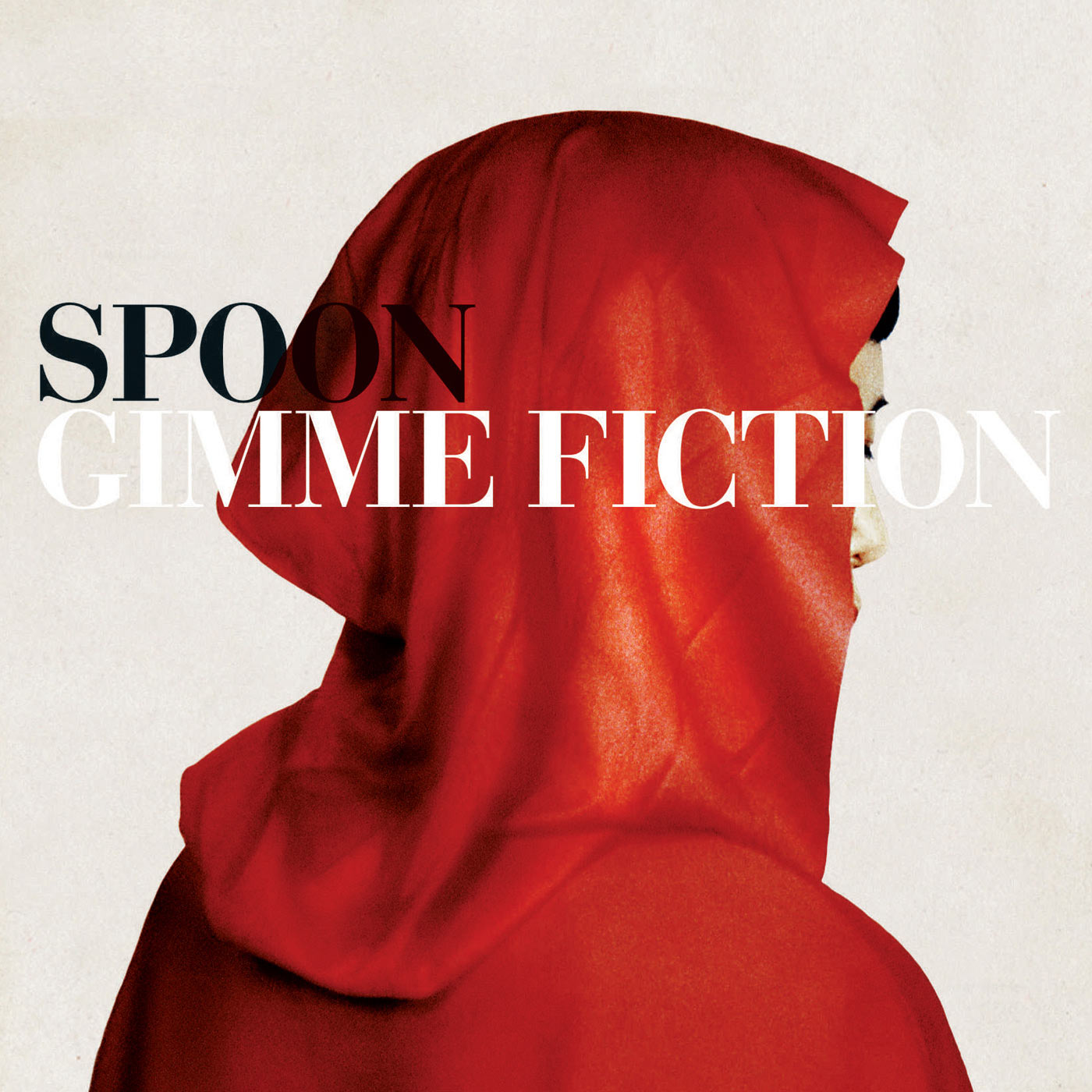 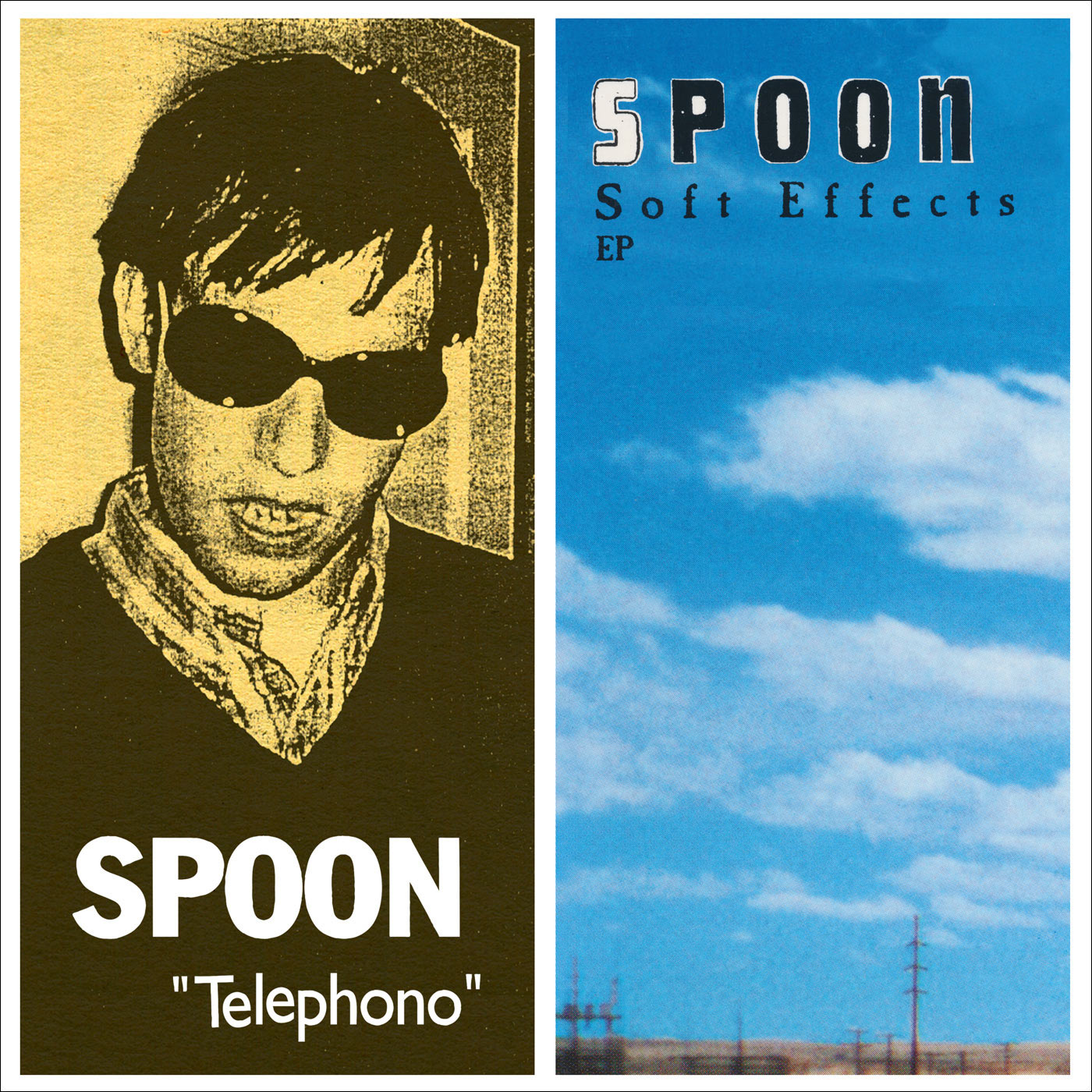 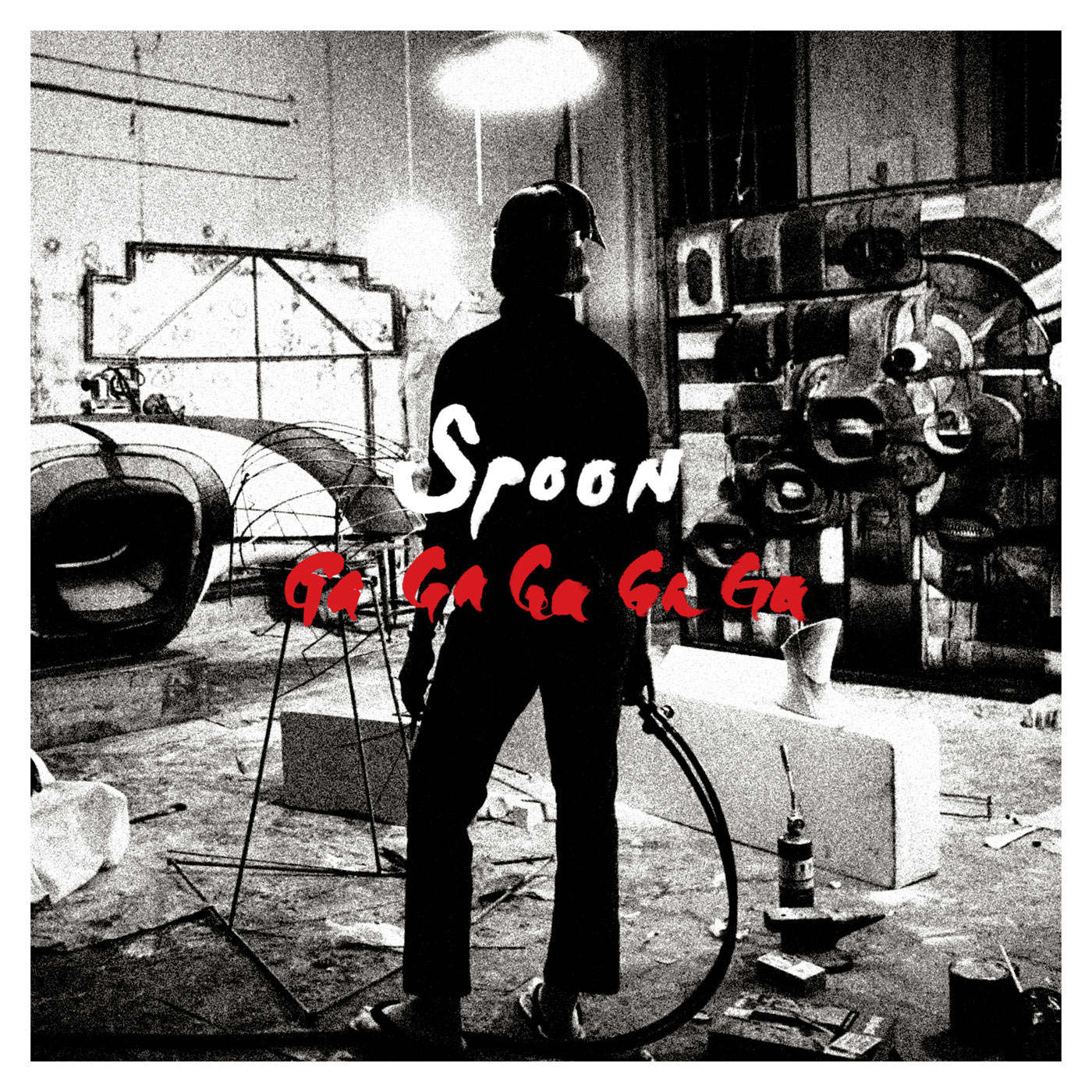 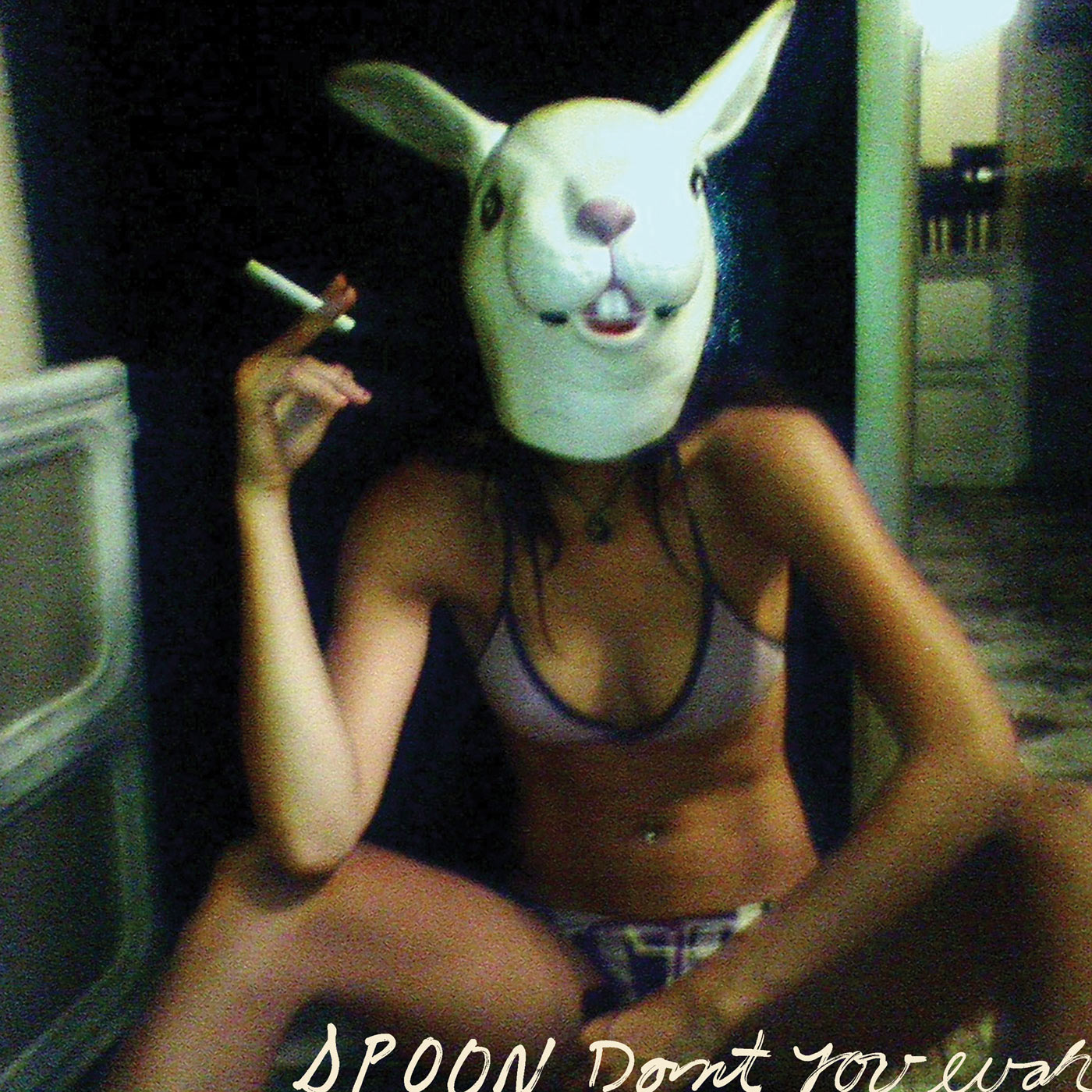 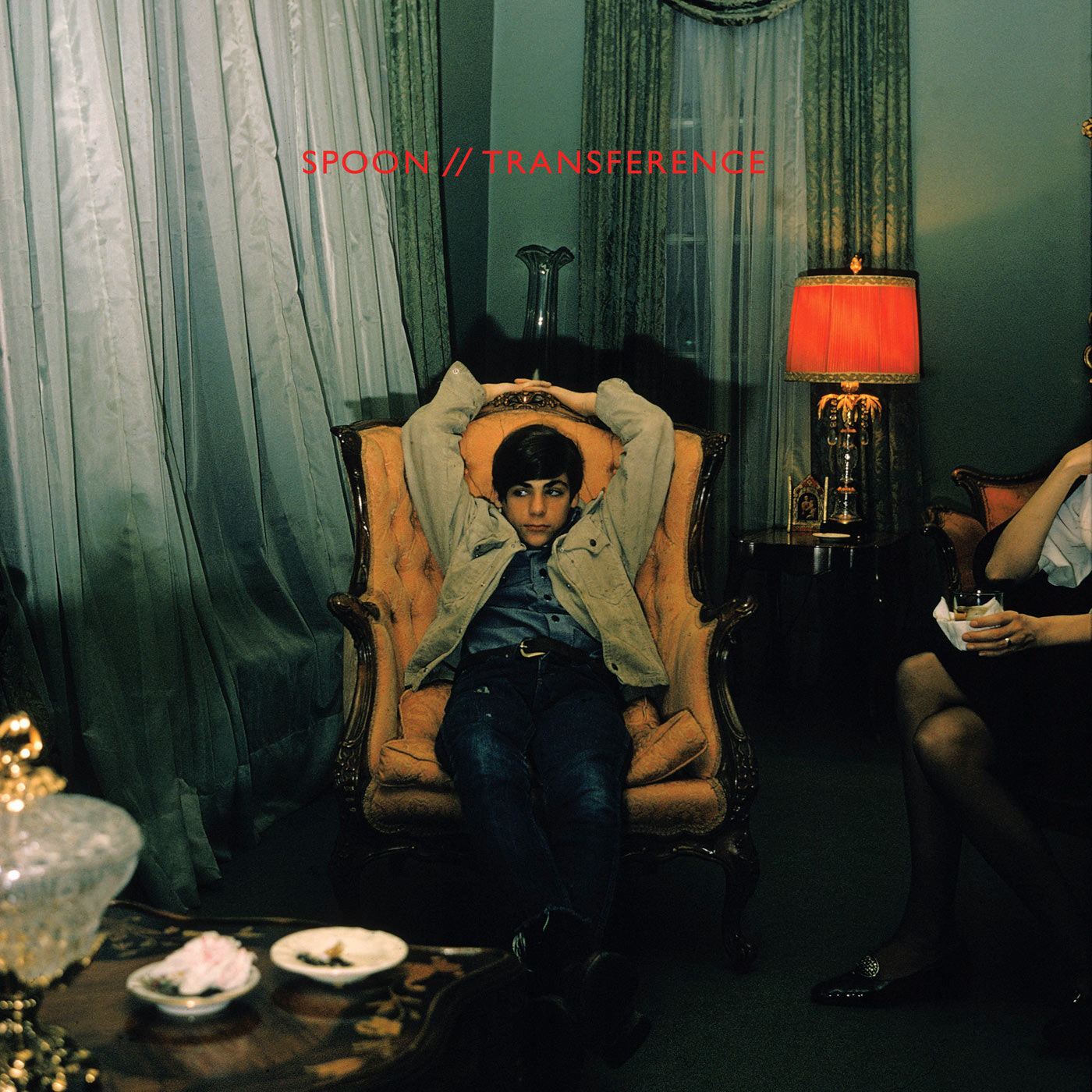 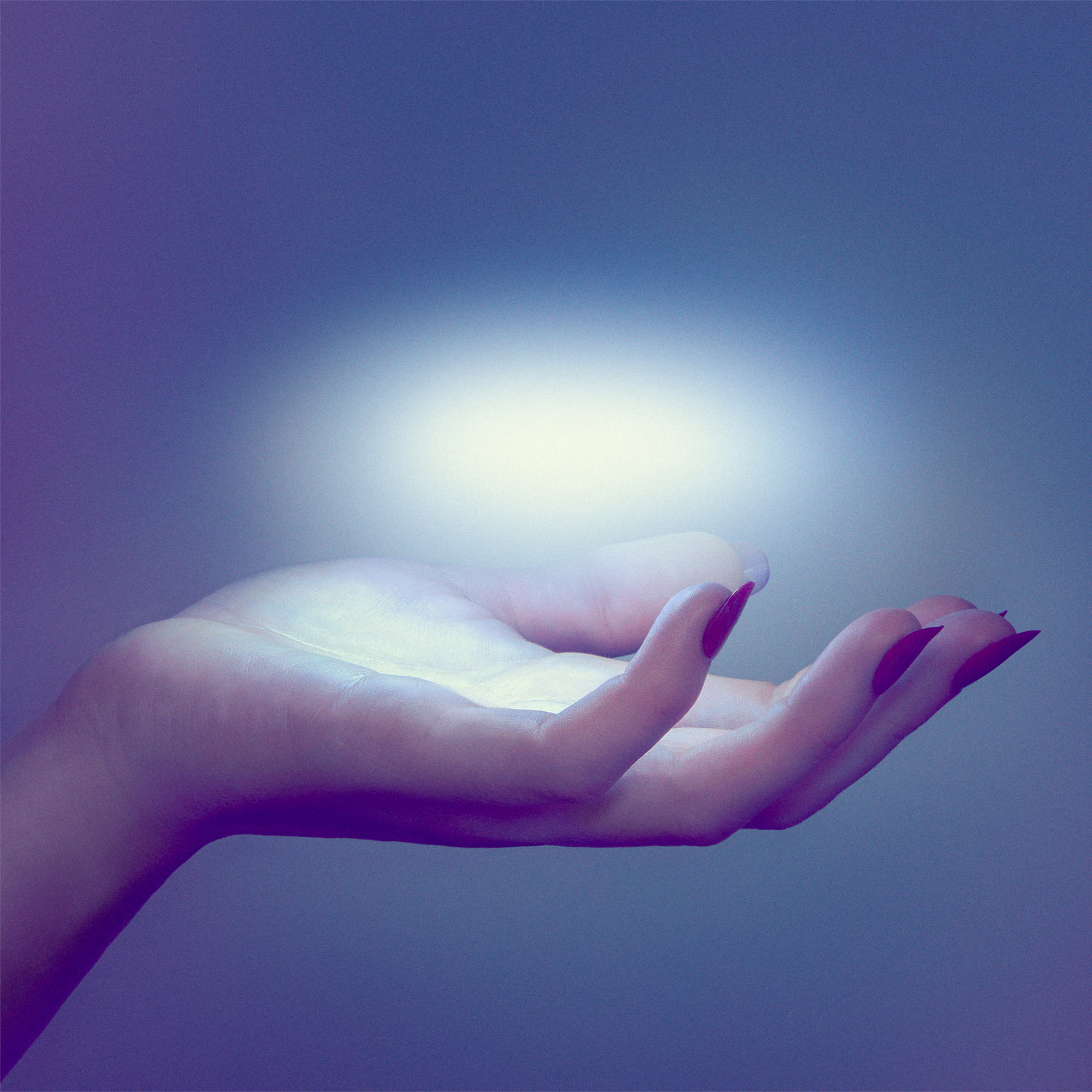 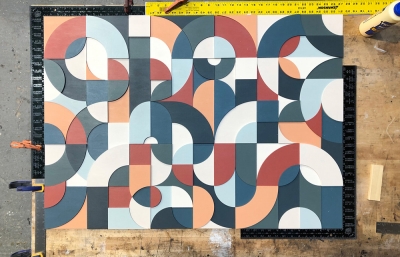 Austin, Texas-based Spoon has been riding high for almost two decades as one of the great American indie bands. With cult classic albums like Girls Can Tell, Kill The Moonlight, Ga Ga Ga Ga Ga, and the newly released 2014 LP They Want My Soul, Spoon has been both prolific and critically acclaimed.

But one of their most underrated qualities has been their exceptional selection and curation of album artwork and covers, fostering the tradition of creating a visual landscape to surround the music produced in the studio. As they prepared to play San Francisco’s Outside Lands Music and Arts Festival this August, we sat down with Spoon’s co-founder and frontman Britt Daniel to talk about the band’s art history, from William Eggleston to B-Movies.

They Want My Soul
Britt Daniel: To be honest, I will be thinking about what the album artwork will look like the whole way through while making the record, but I don’t really get a chance to focus on it until we’re done with the music. I guess my favorite album art of what we’ve done is Sean McCabe’s work for Gimme Fiction, which was sort of commissioned. For the new album, They Want My Soul, we were working with photographer Todd Baxter, and came up with the concept, and he shot photos rather than me just finding a random photograph to use for the cover. Our art director, Matt Jacobson, knew Todd, so he showed me a bunch of Todd’s work, and we made this plan.

What ended up as the cover wasn’t supposed to be the cover. We worked on an idea for a video, a video which we still have not made, and I don’t know if we will make, for the song “They Want My Soul.” The idea for the video came before the album was called They Want My Soul, and the concept was for it to be a spoof on a really B-grade horror movie from the 1970s. We came up with this plot and described all these scenes that would be in the video, and thought about these scenes, and from there we got the album package and cover. The cover was originally supposed to be a girl, Emily, who is in a bunch of Todd’s photos, but once we put everything together, the hand was the best image.

Transference and William Eggleston
I just liked that William Eggleston ended up being the cover of our 2010 album, Transference. Sometimes I’m just looking through art books, or I go to a museum, and if something really leaps out at me and looks phenomenal, I start thinking “Would this be good for a cover?” For Transference, we were really late in the game mixing the record, and we hadn’t decided on a cover yet, but I had the title. I was in LA mixing the album at Dave Sordi’s studio where there are all these art books around. He had this Eggleston book, and I think the last page of the book was that photo. I had been looking through the book wondering, “Maybe I’ll find a cover in here?” And that photo just jumped out.

It told a story that a lot of men or boys have gone through, being stuck someplace like your aunt or grandmother’s house, a sort of formal environment where he has got to be there for one reason or another. The kid in the photo has a sort of arch in his eyebrow that indicates what he is going to become. It seemed like he was biding his time, although he was not on his own at the time in the photo because he probably was too young to be making his way in the world. It was as if he had it together, had some kind of opinion on the proceedings, and I could feel all this from this one photo. And as soon as I saw it, I said, “That’s got to be it.”

Guided By Voices
From the very beginning, from when I first started listening to records, I can remember sitting, listening, and staring at the covers, examining the page folds inside, or fixated on the back where you can look at all the weird stuff. It just mattered so much to me, like it was the only input I took in while sitting listening to records on end. So even on the very first album we did, Telephono, I took the photo myself and then just colorized it. This guy from Matador Records made the logo. Even then, it being our first album, I knew how important it was to get it right. At that point, I was the world’s biggest, greatest Guided by Voices fan, and their album covers always just sprang out at me. I was trying to imitate that, I think.

McCartney by McCartney
One of the first covers that I loved, that really hit me, was the album McCartney by Paul McCartney. The cover was shot by his wife, Linda, and it has these cherries, and a bowl, and it’s so striking. For one, it’s red, white, and black, which is the ultimate color combination. The Nazis knew it, Jack White knows it, and we used it several times, too, on Gimme Fiction and Ga Ga Ga Ga Ga. McCartney didn’t even have his name on it. But it was just beautiful.

Ga Ga Ga Ga Ga
I saw this photo of sculptor Lee Bontecou taken by Italian photographer Ugo Mulas in 1963 on a Tumblr somewhere. I just saved it and thought, “Maybe I’ll use that for something.” When it came time for Ga Ga Ga Ga Ga, I decided to pull it back out and we started looking into getting the rights. I really like the overall package of Ga Ga Ga Ga Ga, which is one of my favorites because every element is really well thought-out. Sometimes I have a problem with album artists because they try to make everything have a unified theme. Everything is like a little too perfect, you know? But all of the elements of Ga Ga Ga Ga Ga are really well thought-out and different, still retaining this one overall feel.

Kill The Moonlight
Yellow is amazing. This band called Warpaint just released a record, and that yellow they use on their cover is the same feel as the yellow we used on 2002’s Kill the Moonlight. I just love it. Kill the Moonlight was just a licensed photo. I tried and tried to use a computer program to put the words on the photo and get the feeling right. In the end, I just made the letters myself with scissors. The end result was this found photo, and my handmade letters with this amazing yellow background. It just felt so much better.

Spoon’s new album, They Want My Soul, is now out via Alta Loma Records. For more information about Spoon, visit spoontheband.com

Orignally published in the September 2014 issue of Juxtapoz Magazine. 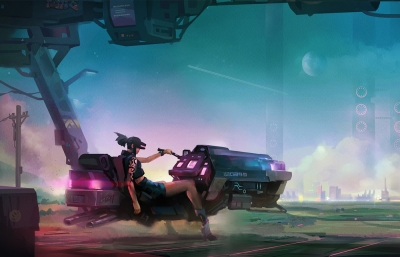