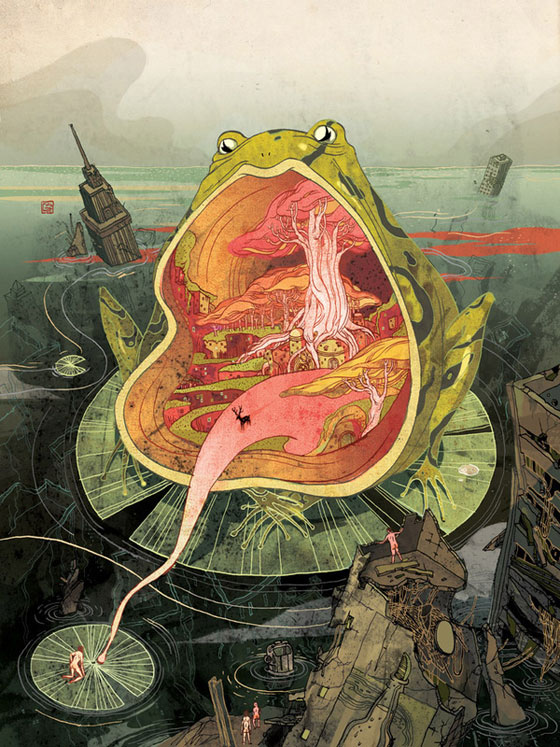 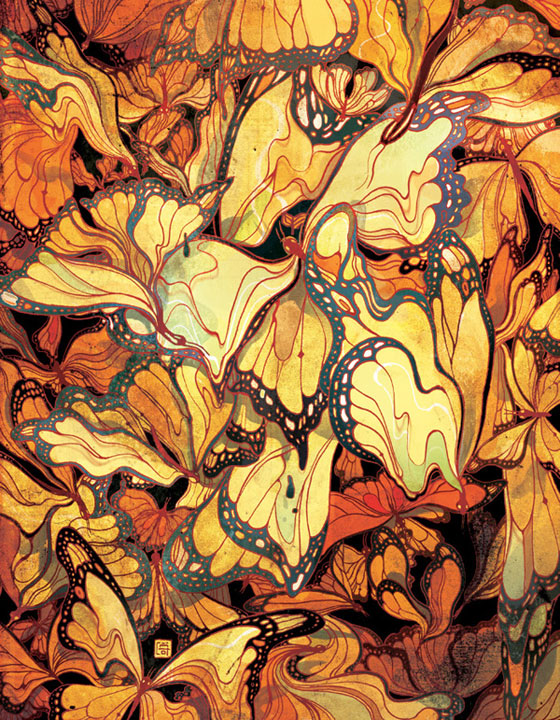 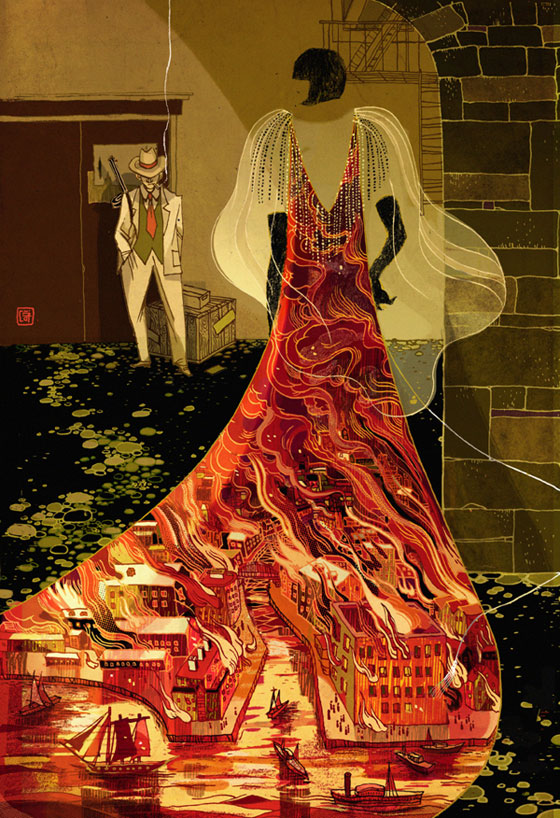 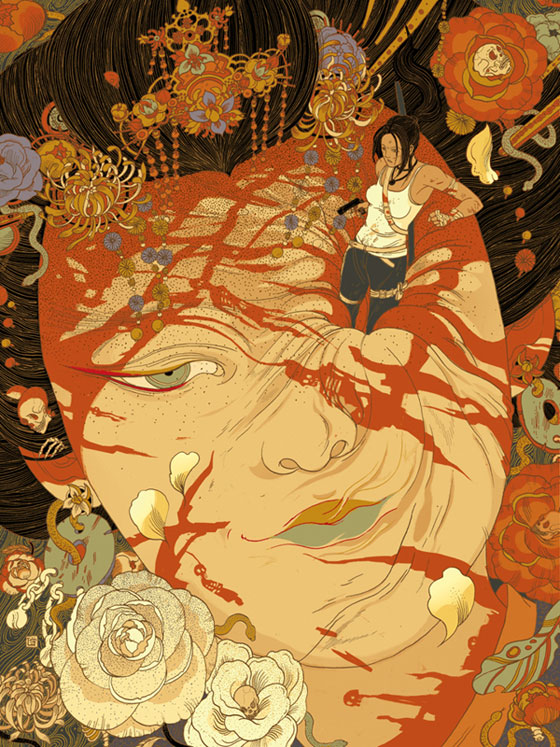 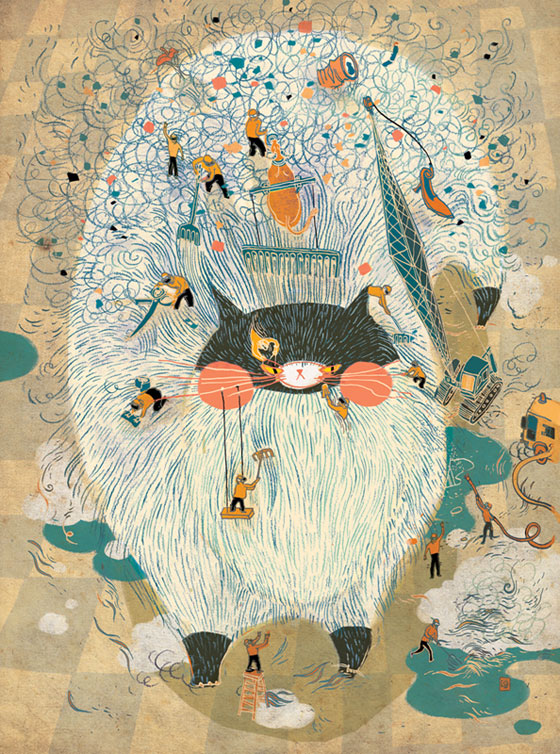 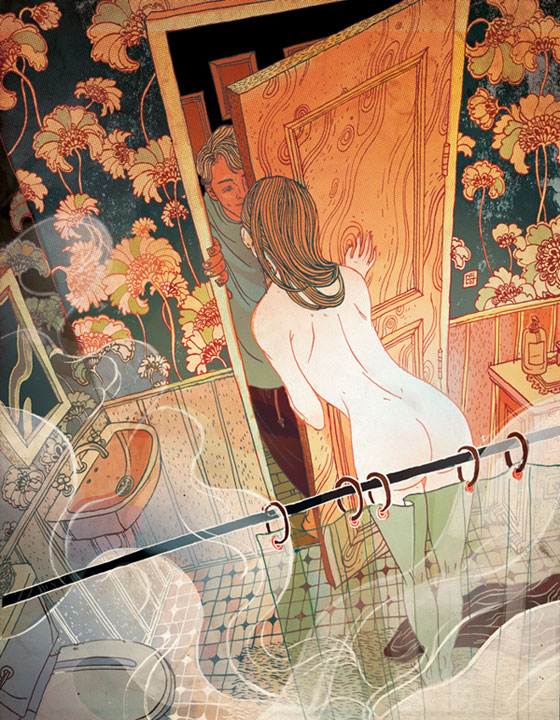 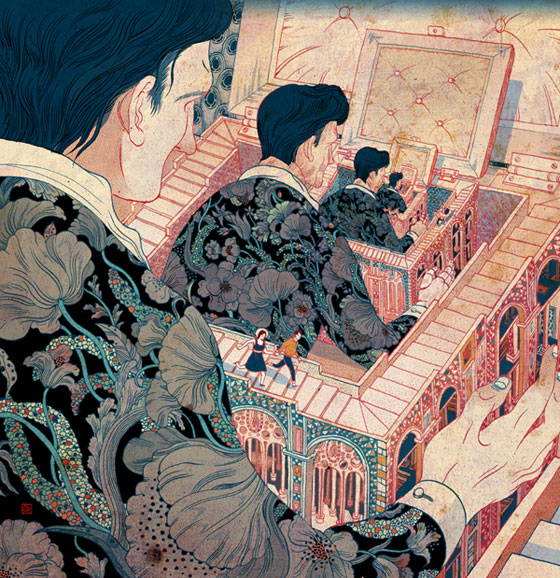 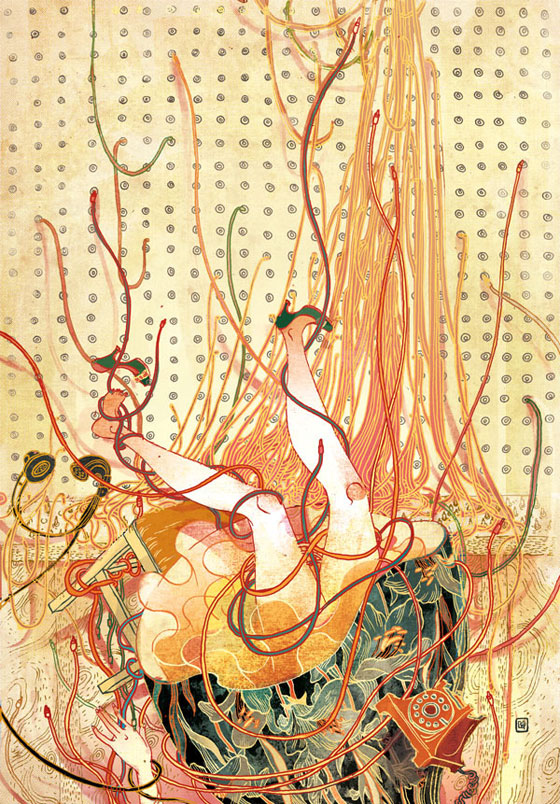 Victo (short for Victoria) Ngai is a Hong Kong born, currently living in New York City illustrator. Her work is filled to the brim with brilliant colors and satiating subjects displayed with a technical ability for detail and awe. In my opinion, she’s one of the most recognizable illustrators...

Victo (short for Victoria) Ngai is a Hong Kong born, currently living in New York City illustrator. Her work is filled to the brim with brilliant colors and satiating subjects displayed with a technical ability for detail and awe. In my opinion, she’s one of the most recognizable illustrators in the field today and her work has appeared in The New York Times, The New Yorker, Wired and on book covers and many other places. I recently had the pleasure of asking Victo 10 short questions:

1. What are your plans for the summer?

The recent purchase of my first apartment has turned me into a crazy home decor lady. I caught myself reading Martha Stewart one day and everything went downhill from there. I suspect most of my summer will be spent among furniture stores, vintage thrift shops and DIY projects. I also plan on getting a puppy in the near future, so I have been reading on dogs, watching A LOT of Dogs 101 and lurking other people's dogs on the street as well as in the doggie park.

2. Do seasons affect what you're making?

Not really. But I am definitely less productive from late October to New Year’s. All the food, wine (and hangovers) from the party season makes it harder to focus.

3. One of your favorite things is food, tell me some of the best things you've ever had to eat.

I had the most unforgettable ramen when I was in Hokkaido, Japan. A couple thinly sliced Chashu, bamboo shoots, bean sprouts, sweet corn, green scallion and hand-pulled ramen in rich pork bone stock, topped with a heartfelt thick-cut pasture butter melting away. It was the first meal my friend and I had after landing during a snowstorm. We were cold, wet and miserable but that ramen took care of everything. Another memorable noodle experience took place in a motel on I-80 when I was six. My parents took me on my first road trip from SF to Las Vegas. I felt asleep in the car and woke up in a dark room all by myself, hungry and scared. Just when I was about to panic, my parents came back with the Taiwanese "kangshifu" cup noodle. They told me it was specially made for me by "kangshifu"(Chef Kang). Not until years later did I realize it was a dollar cup-noodle sold in every Asian super market. I am an artist so I am by no means objective. I have probably had better cuisines but none of them makes my mouth water more than the memories I mentioned here.

4. Do you ever find yourself obsessed with the subject of an article after doing an illustration for it?

Certainly. One of the nice things about being an editorial illustrator is that we are forced to read things we normally wouldn't pick up. I hated finance and economy when I was in high-school, mostly to rebel against my father, who worked in the industry. Emo Victo thought money was filthy and went into art school. Ironically most of my early clients were trade/business magazines. After reading many articles and doing research for the projects, I grew more and more interested in the subject matter. Now I read financial books for leisure, love the NPR Money Planet program, and my friends would tell you I am huge geek in credit scores and NY real estate.

5. What is your least favorite thing about art?

6. What is your most favorite thing about art?

Its ability to convey emotions, communicate ideas and arouse empathy beyond the barrier of language.

7. If you were a film character, who would you be?

I want to be a Hobbit. 7 meals a day really speaks to me.

8. How does/Do social media outlets (Tumblr, Facebook, Instagram) affect what you create and do you find yourself thinking about your audience while creating the work?

I really appreciate the following but I don't think about social media when I work. There really isn't a point to think about it as social media is quite unpredictable. Some of my okay work went viral while some of my proudest pieces, or award-winning pieces never picked up the momentum. There are so many factors contributing to this uncertainty - the posting time, who's reblogging, the artist's internet persona, pop culture references, etc. Internet popularity, in my opinion, is not directly proportional to how great an artist is at all.

9. In terms of inspiration where is the most surprising place you've found some?

10. Is there a piece of your work that you feel most defines your entire body of work and if so, why?

I don't think a single piece can define my entire body of work. Every piece records a certain point of my life/creative career but my works grow with me as a continuous, ever-changing stream of consciousness. I have no idea where it's heading or what it will end up to be.