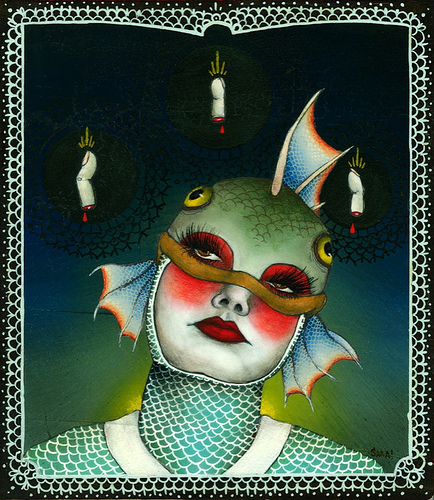 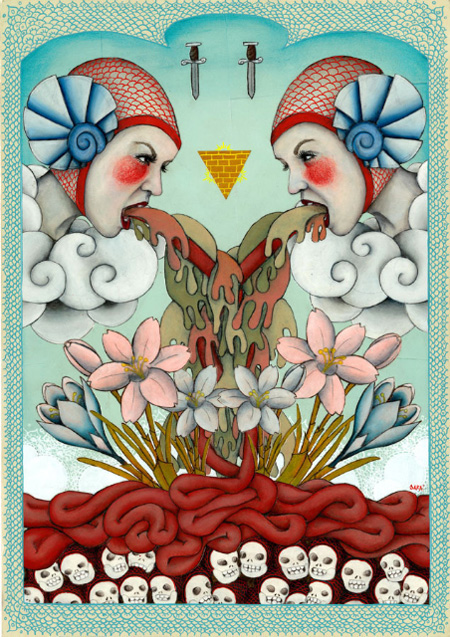 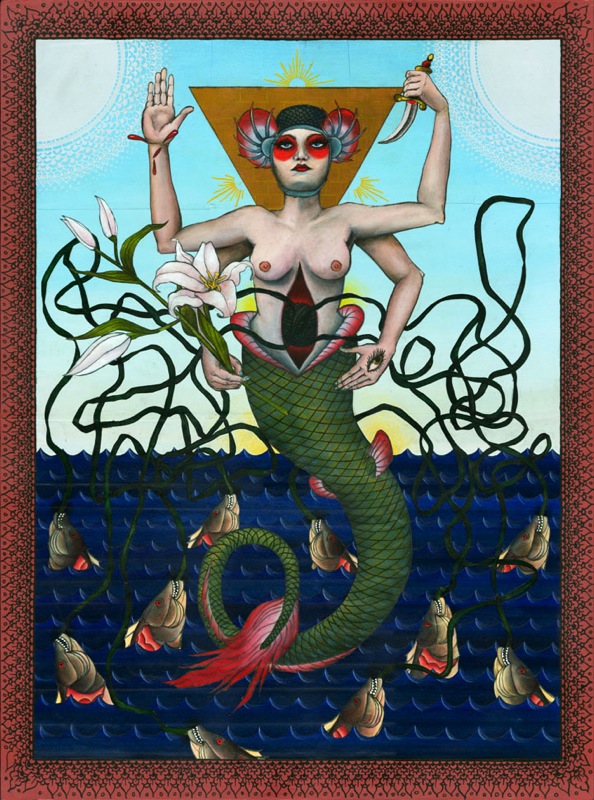 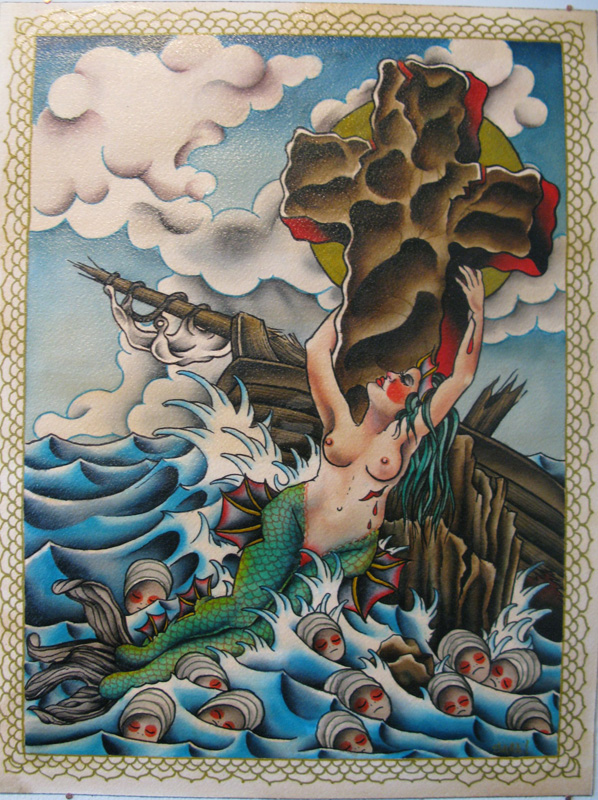 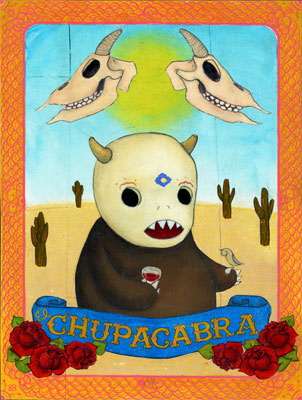 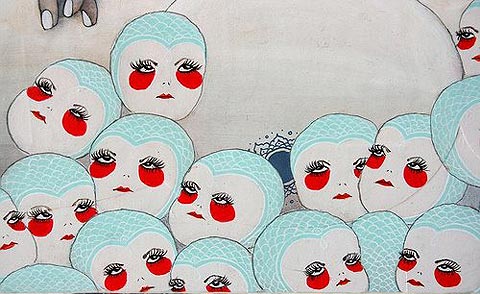 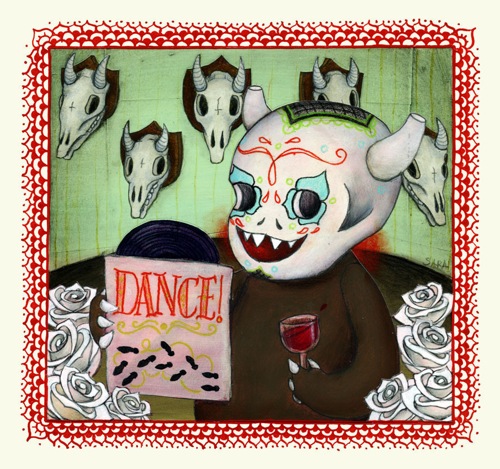 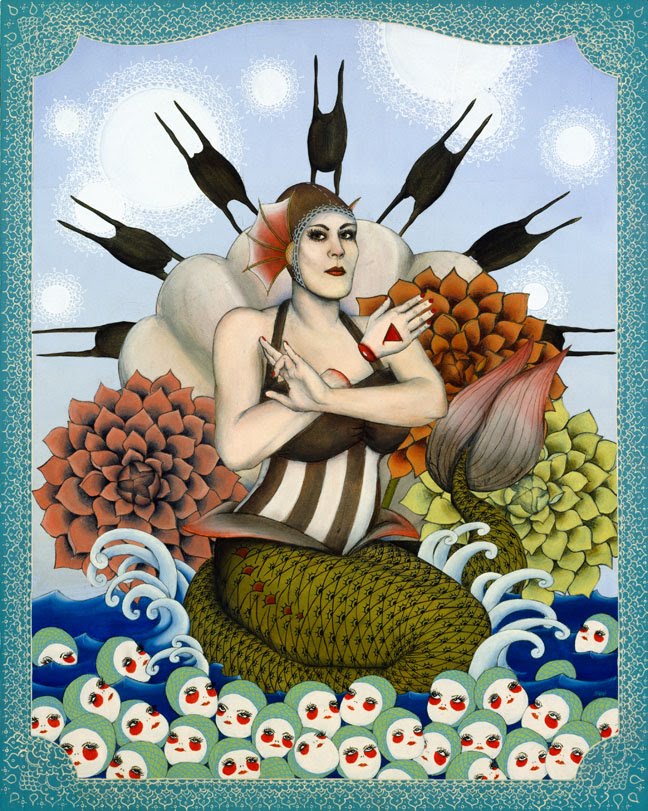 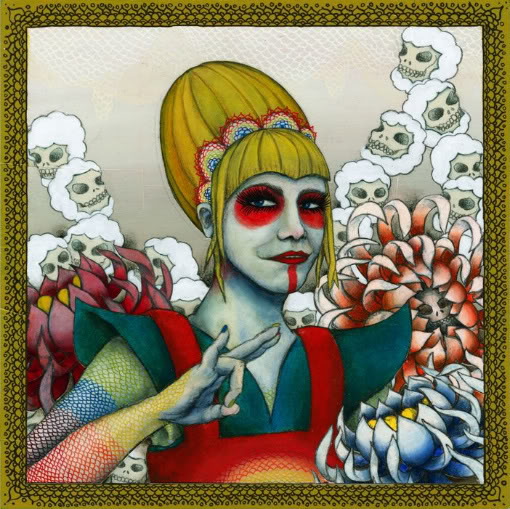 Sara Antoinette Martin's illustrations draw on religious imagery and betray her roots as a tattoo artist. Her pieces often resemble gothic-themed tarot cards; the illustrations are visually bright but often include images of vomit, clowns and severed fingers. Martin has adapted several of her illustrations into sculptures and toys. In her series, "The International Fair of Debatable Beasts," she's illustrated and sculpted a series of archetypal monsters, including the Kraken, the Chupacabra, and the Loch Ness Monster—beasts she says have flown under the radar mostly because they are self-conscious and misunderstood.  She is based in New York.