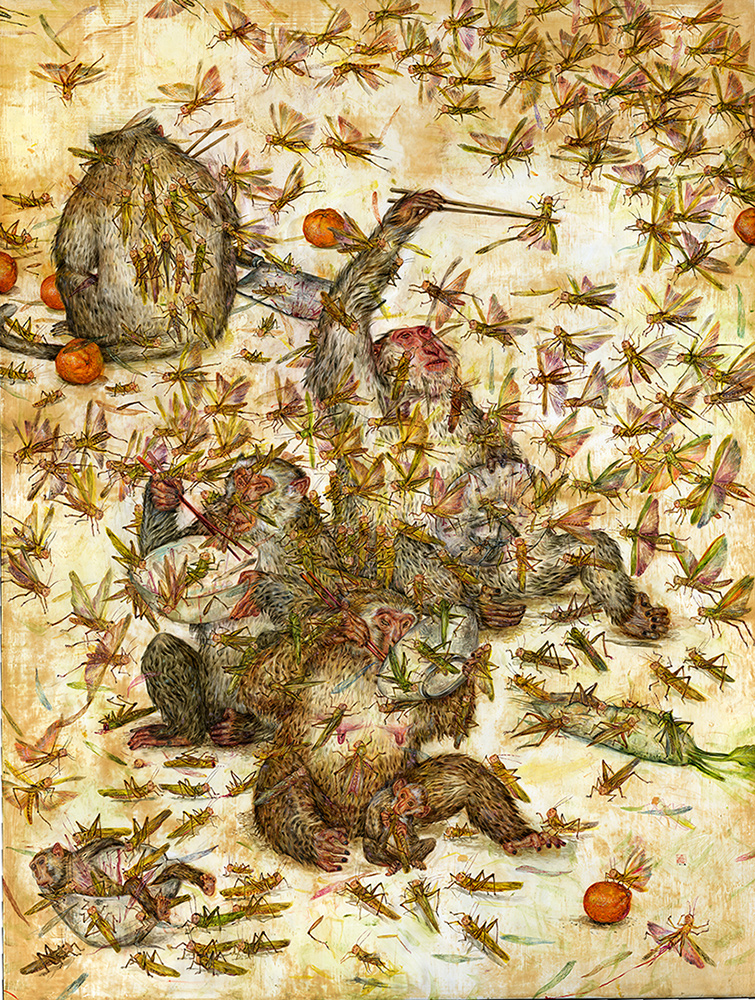 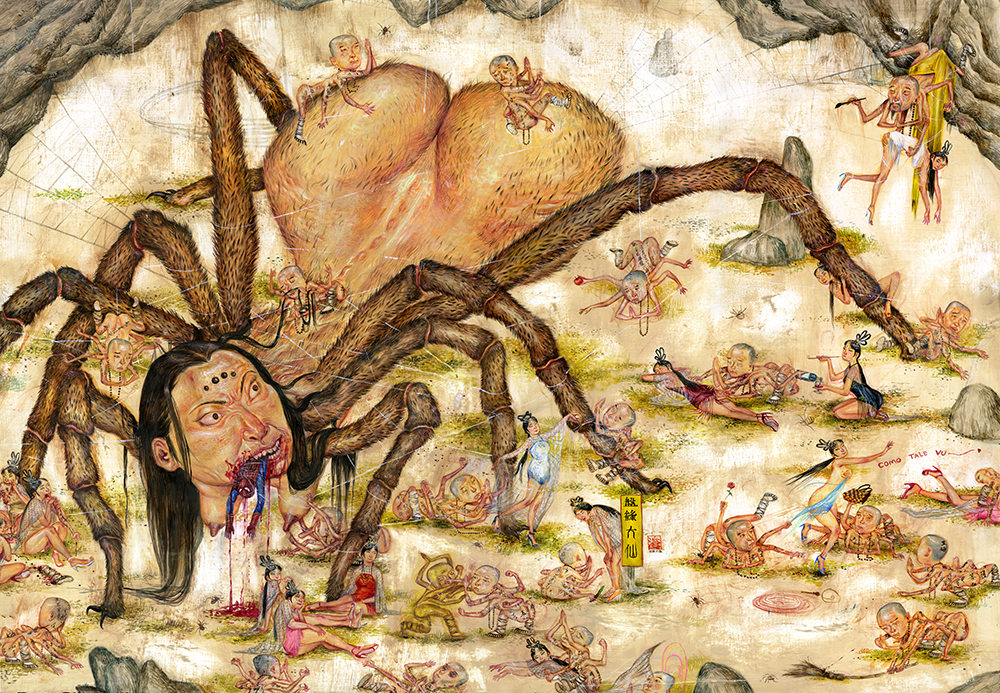 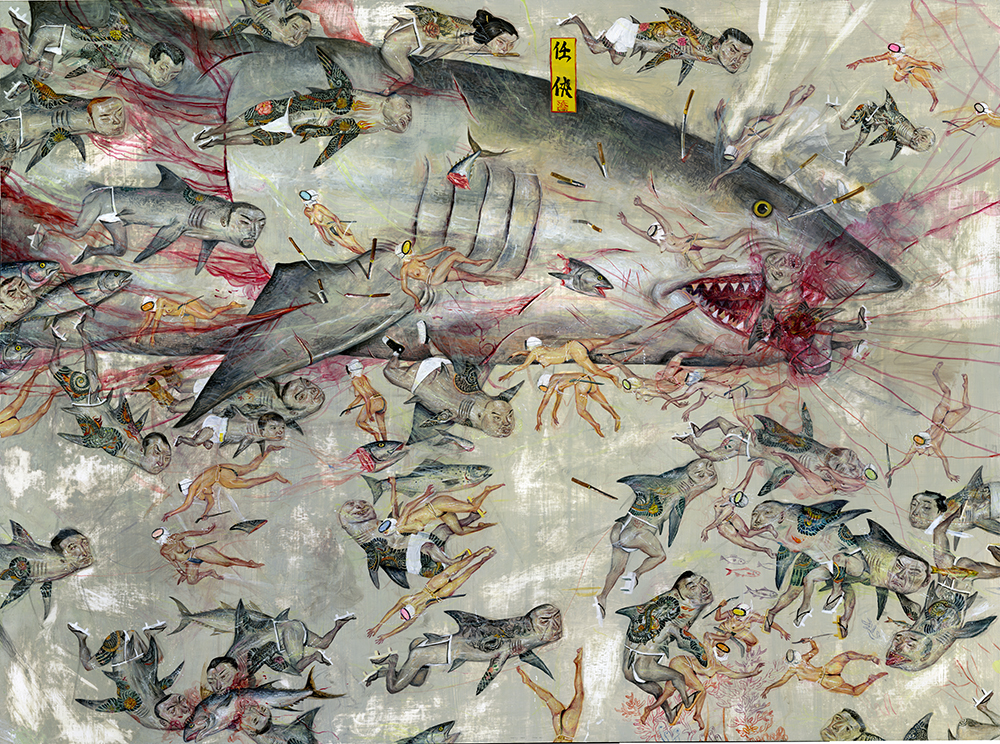 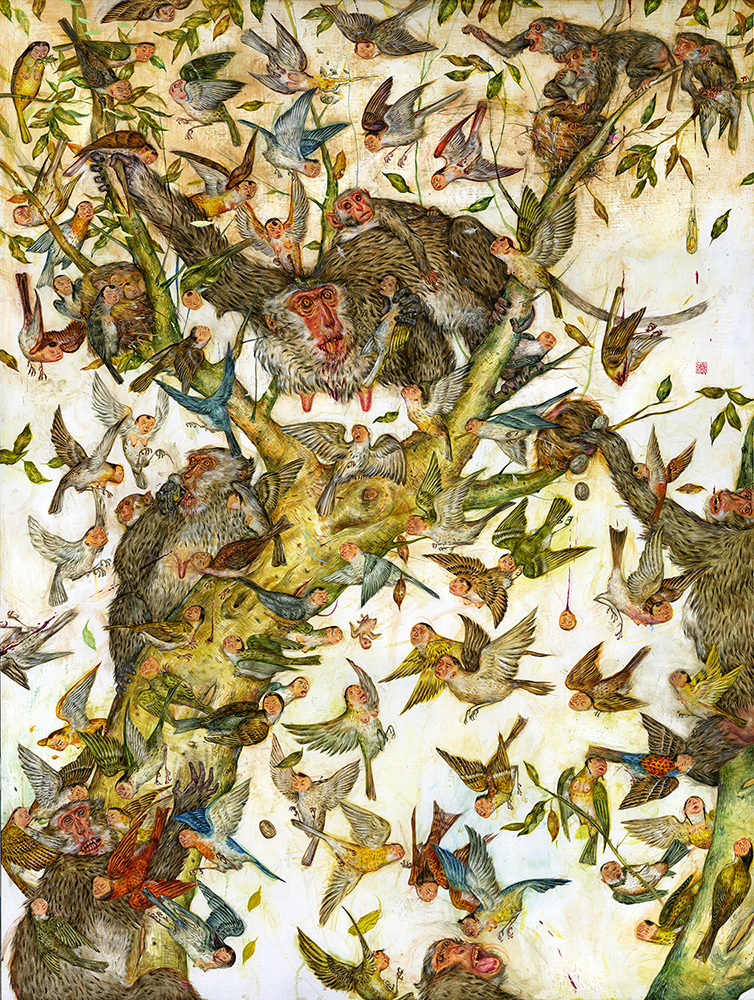 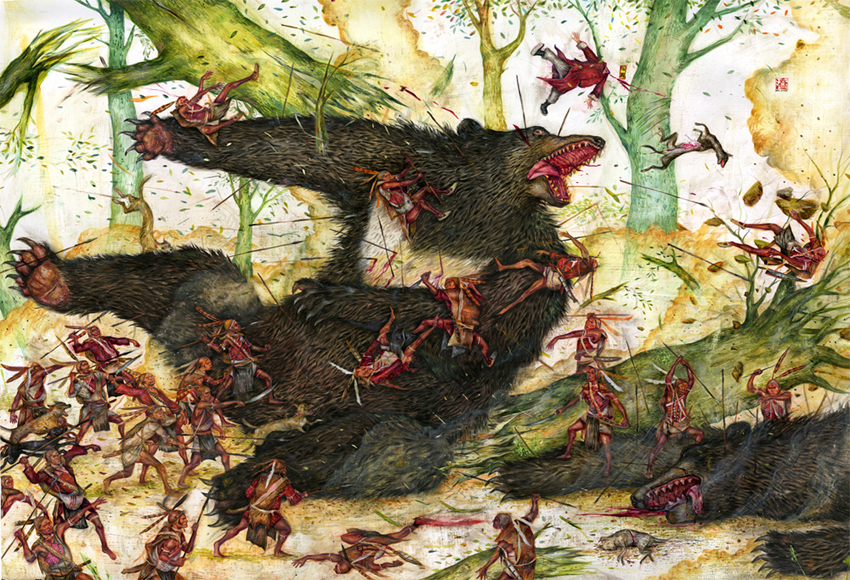 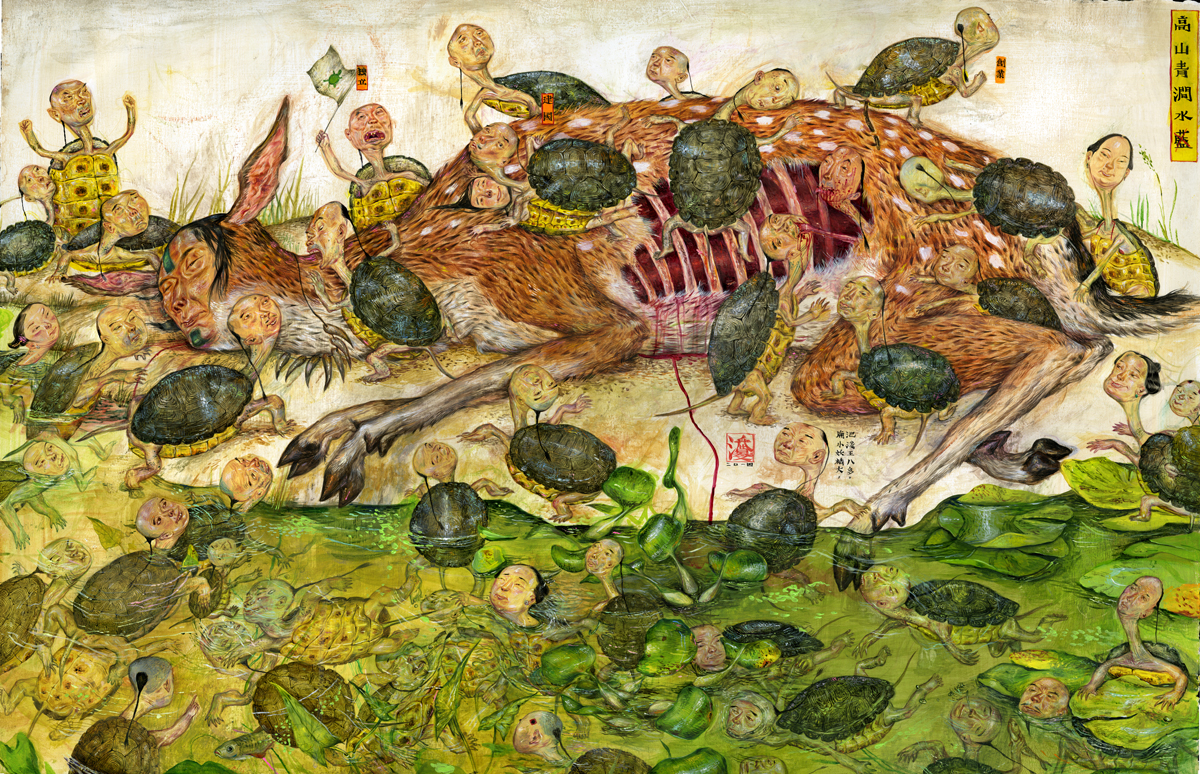 We've discussed illustrator Mu Pan's work before. His dark work implies stories, not simply static images. They show dismal battles, fantastical for their participants who are often animals and imaginary creatures. Many of his animals have human heads or bodyparts, a disturbing twist which makes them feel more relevant, like a fairy tale with a message we have yet to discern. He also maintains a series called OrigaMu, with meticulously-created origami sculptures, portraying similar characters to his paintings—locusts or turtle-humans or dragons.